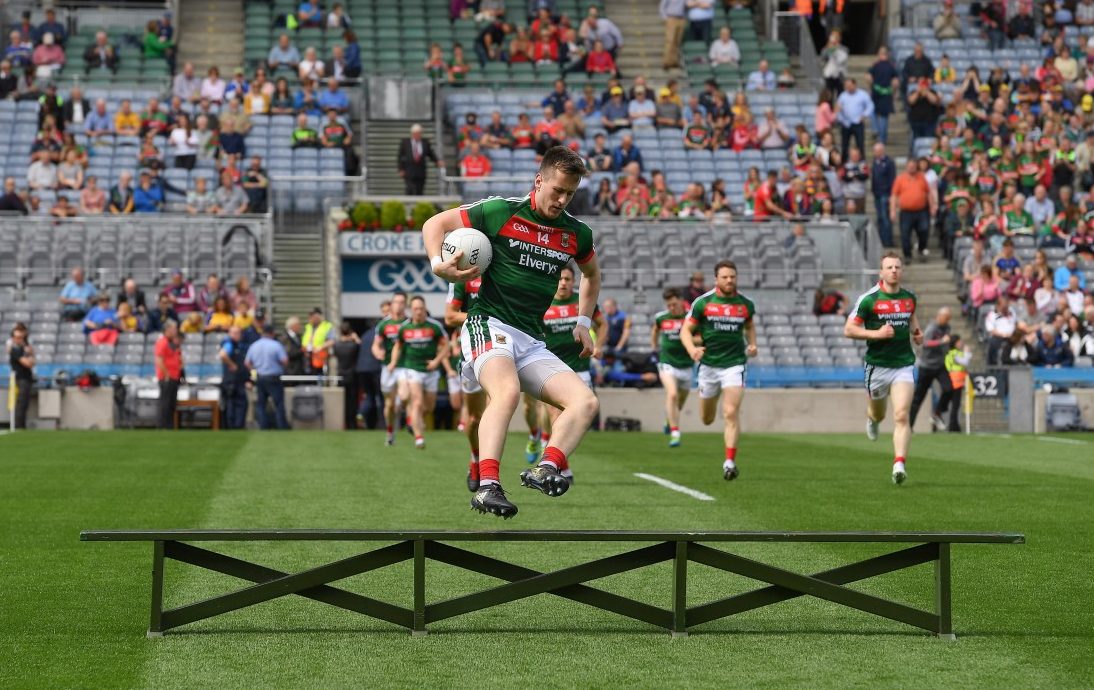 Now that all the sideshows and build-up games are out of the way, it’s down to the real cut and thrust of championship football.

The ‘Super Eights’ throw in this weekend and we will now get to see what teams are really made of. Like I explained last week, there are no second chances from here on in so teams will have to be at their very best physically and mentally or their season will be over.

Last weekend’s games went exactly as I thought they would with Tyrone, Mayo, Cork and Meath making it through.

Mayo have been written off all season and we know they are at their most dangerous when they are being underestimated. They made a swift exit from the Connacht Championship this year and a lot of people thought that this was the end of this team that has given us so much over the last number of years.

I personally felt that they were slowly building up towards the business end of the season and another Connacht title would have meant very little to this group of players.

They have unearthed a few players that will make them serious challengers again and we know that when the stakes are high this team always delivers. Tyrone, in my opinion, have done something similar.

They have slowly built up momentum and, like Mayo, they will be a very different animal when these ‘Super Eight’ games begin.

When Donegal sliced them open in the Ulster semi-final a lot of people wrote them off but again that day I felt they didn’t show their full hand. Donegal were awesome that day but Tyrone did not play like they normally do in terms of intensity and positioning, etc.

Cork and Meath complete the lineup of what promises to be an enthralling few weeks of action.

In Group One Andy McEntee’s Royals will face a stern examination alongside Kerry, Donegal and Mayo.

They’ll travel to Ballybofey to take on the back-to-back Ulster champions in the opening round next Sunday, while Mayo will visit the Kingdom in Killarney.

Reigning All-Ireland champions Dublin are in Group Two alongside Connacht winners Roscommon with Tyrone and Cork completing the line up. The Dubs host Cork on Saturday, after Roscommon’s home tie against the Red Hands.

The first games are crucial as a win allows you to settle into the group but if you suffer defeat then it’s backs to the wall stuff for the remaining two games.

From a Donegal point of view, we have Meath at home this weekend in Ballybofey and Declan Bonner will have driven home the point all week that they must take full advantage of having the first game on their own turf.

A win against Meath is a must for Donegal before they face off against the big two in their group. Ballybofey is a tough place to go to so I expect Donegal to be comfortable winners in this one.

Last weekend Mayo were written off and we saw the kind of reaction they produced so going to Killarney this week won’t faze them however I expect Kerry to have a little too much for them on home soil.

Kerry have had a few weeks to prepare for this one so they should be fresh and eager to ensure that they make a good start to their ‘Super Eight’ campaign. In the second group Dublin host Cork and this could be the tie of the round.

I have been extremely impressed by Cork in their last two outings and they could give Dublin something to think about. Dublin to win this one but it will be a lot tighter than they are used too.

Tyrone travel to the Hyde to take on the Connacht champions.

Roscommon have lit the championship up this summer and this will be a serious test for Mickey Harte’s men. If Tyrone make it out of the West with a win then it will show real intent and the rest of the country will need to be on high alert.

For me this is where the championship begins. We have an excellent lineup of football and with all games being televised it gives us the opportunity to see all the action.

The ‘Super Eights’ was designed to boost our championship and this weekend’s pairings have the potential to do just that so let’s sit back and enjoy the action.