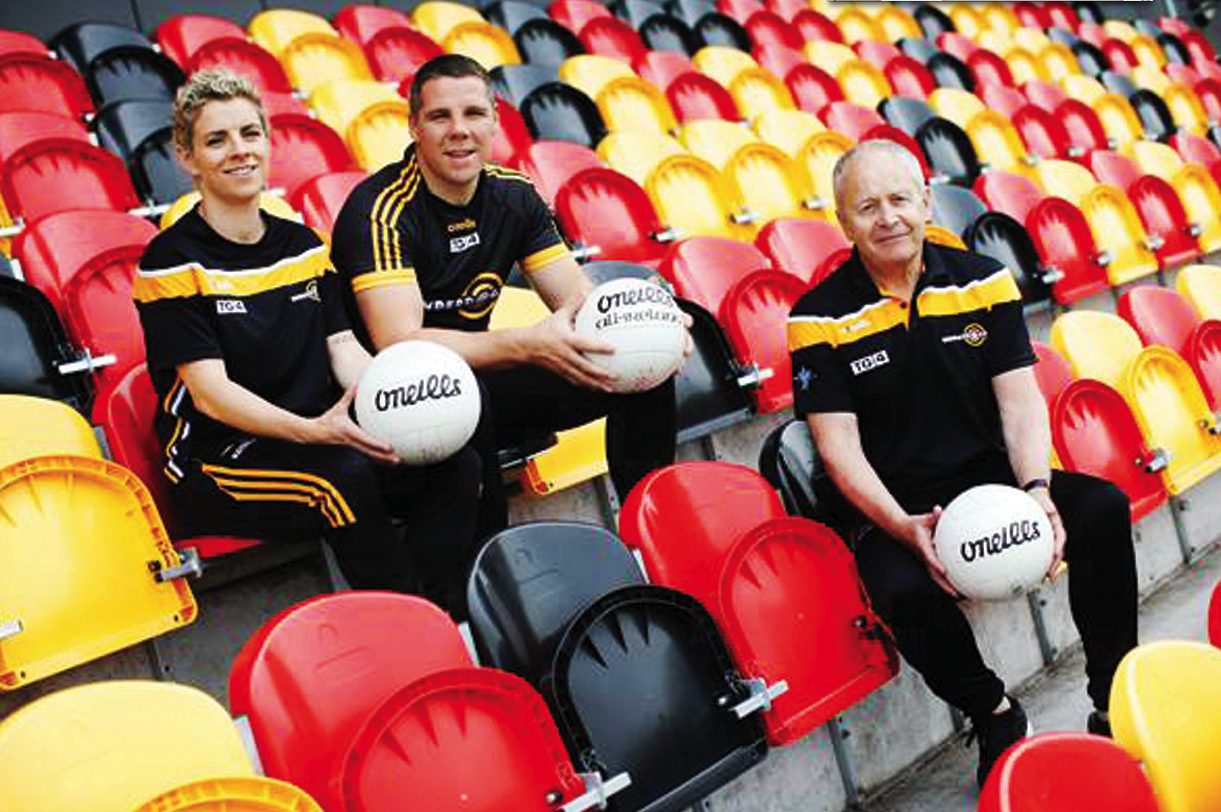 LAST January I received a call to see if I would be interested in joining the management team for the new season of The Underdogs on TG4.

I had watched The Underdogs series way back when the first one was made and I enjoyed each version since. It’s one thing sitting back and enjoying it, it’s a whole new ball game becoming part of the management team.

I thought long and hard about it and did a little research into how the process worked and I have to admit I started to get excited about the whole idea.

The next hurdle would be to ensure that it wouldn’t clash with my own club commitments and I have to applaud the production team on that front as they ensured all was worked out in a way that I could give 100 percent to The Underdogs and do likewise for my club.

The next step was to meet with the production crew and talk through how it would work and what my role would be. Long story short, it was a project I was excited about and couldn’t wait to get stuck in.

Now I have managed and coached teams in the past and I already knew how difficult it was to get a team together and try to make things click but this was on a different level. All of my coaching was done within my own club so I knew all the lads and knew all their backgrounds, etc.

The Underdogs process is unique in the fact that we travel the length and breadth of the country searching for players that are good enough to play inter-county but for one reason or the other just haven’t made it.

When agreeing to do it I had one bit of warning for the production company. When I agree to do something I am all in and cameras or no cameras I will become passionate about it especially if it involves the game that I love. I would not be holding my tongue.

When it comes to football my opinion is quite simple – you are either all in or out so players not giving 100 percent will be called out whether it’s on national TV or not!

We held a number of trials with hundreds of players showing up and our job was to pick the best players to go forward.

Players enter the process for different reasons. Some actually want to make that step to inter-county and see it as a platform, others want to prove a point to themselves and others may need it for reasons way bigger than football.

I had done a bit of management in the past but what I was about to witness shocked me to the core. When involved with a team you just see the players turning up with their gear bags and you expect them to be able to perform all of the time be it at training or matches.

What I learned on this journey is that it is way more complex than that. You don’t see the personal life that is going on in the background, you do not see the day-to-day struggles players have to endure before they get to the training pitch, you never know what a player is going through so for me that was a major learning curve.

Having held numerous trials and training camps, we now have our panel that we believe is capable of matching a senior inter-county team.

I am getting to know the lads better with each lasting week and hand on heart we couldn’t have picked a nicer bunch of lads. They are grounded, committed and passionate but as someone once told me “nice guys win f**k all “ so it’s now our job to get them ready for the battle that lies ahead.

I have no doubt in my mind that some of these players will be playing inter-county football next year giving their skills levels it’s our job to explain and coach to them what it takes to play at the highest level so some counties will be getting a gem or two, trust me on that one.

The process has been emotional, raw, passionate and exciting so I think any good GAA fan will enjoy it over the next few weeks. The management team also consists of Kerry legend Mickey Ned O’Sullivan, who is our general, and probably the best ladies football player of all time, Valerie Mulcahy.

I had never crossed paths with any of the others before but it was clear to see that after the first day of trials that the production company had chosen well. I thought my competitive streak was off the charts well the other two are likewise so you have a management team obsessed with perfection and winning so it’s fun to say the least.

Every week when we meet up I am keen to get a few stories out of Mickey Ned as it’s comedy gold. The man knows everyone on this planet and some of the stories from his time with Kerry and indeed football in general are priceless.

Our journey will continue over the next few months until the big game but the people at home will get an insight into what has been happening as it airs this Thursday night.

The only bit of advice I will give anyone from here on in if they are to become involved with a team is no matter what you do try not judge a book by its cover. Enjoy it because it’s as real and as raw as you will get.