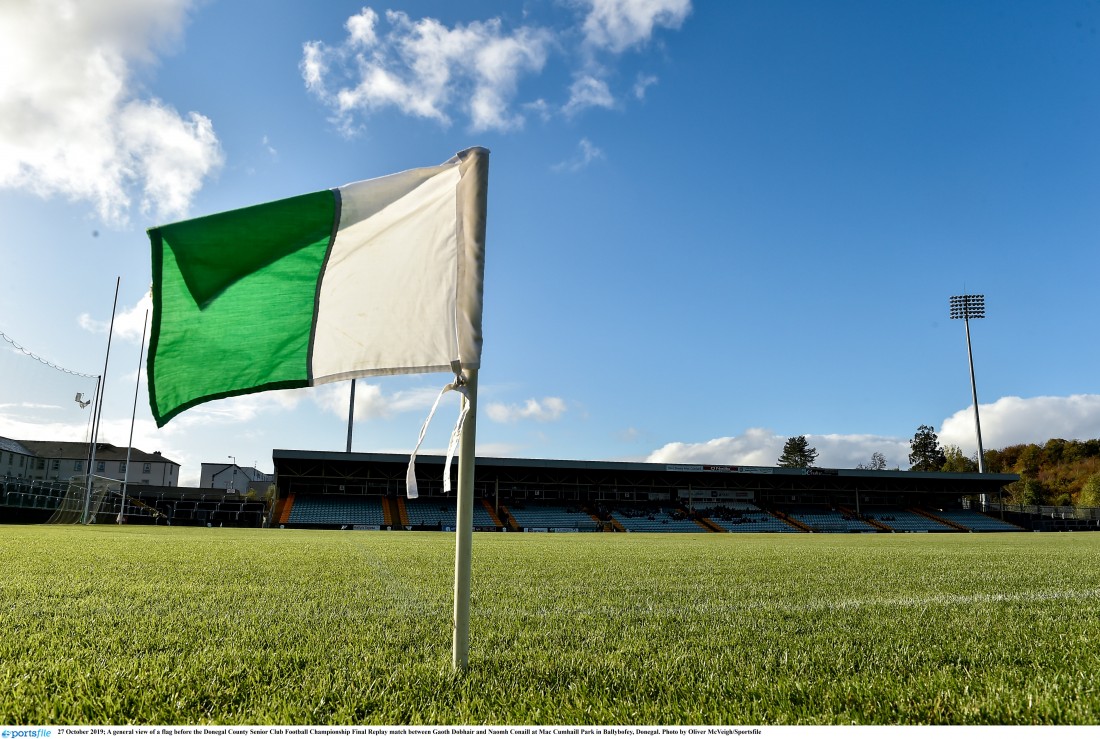 A FEW of you may have seen my video on Twitter last Monday showing a cavalcade going through my native Gaoth Dobhair. Normally when this happens it is to celebrate an achievement by the local GAA team, but this was a little different.

To those of you who do not know, and a lot of you may not care, but Glasgow Celtic won their ninth title in-a-row on Monday when the Scottish Premier League was called early due to the coronavirus.

When the decision was announced, my brother Stephen organised for some of the Celtic supporters in the area to mark the occasion with this little cavalcadeof cars. We wanted to mark the achievement of the team, but also at the same time show our children who support the team how important it was.

My reason for writing this is not because Celtic won the title, it’s more to do with people being surprised that people over here actually support a different team instead of the Man Uniteds and the Liverpools of this world.

Why would it be deemed strange to support Celtic? Do we all have to do the thing where we pick whatever team is successful at that point in time and follow them? I call those type of supporters bandwagon supporters, no link, no history to the team apart from wanting to follow the popular team at that time.

My point today is that in all walks of life people are afraid to walk on their own and by that I mean everyone just wants to go along with what is popular.

A lot of people ask me why I support Celtic and not a Premier League team, well here is the answer.

I was born in Glasgow and my father used to take me to the games when I was younger as he supported Celtic.

If we go deeper than that, half of Glasgow has Irish descent of some sort as it was the number one place people from this island went to in order to seek work when there was very little here.

Celtic has, and always will be, steeped in Irish culture and heritage. My grandmother came from a very strong Protestant family, and the area they were from, Burnbank, was a Protestant place.

My grandfather was Catholic and their only son, Tommy, my father, followed in his father’s footsteps.

My father became a huge Republican and a massive Celtic supporter. Looking back there is no doubt that this passion in him was driven by the sectarian hatred that existed over there at that time.

Being a Catholic in that area wasn’t easy and when you returned to your mother’s home place with a family of seven and them all speaking Irish, well that just made things worse.

We used to return there for the summer and I’ve lost count of the amount of times our car was vandalised because it had an Irish number plate.

My father always taught me to never hide who you are. At that time that area was 99.9% Protestant so when I went out to play on the green with all the rest of the children from the area it was always going to be a struggle.

Every day before I went out I would pull on my Celtic jersey. Now it would have made life a lot easier on me to say nothing and just wear normal clothes, but the way I saw it was that they all got to wear their jerseys so why couldn’t I?

Picture around 20 children aged 10-13 years of age, 19 of them wearing Rangers jerseys and one ‘Scottie Paddy’, as they used to call me, wearing his Celtic top.

For the first few days it was tough but you either got tough with it our be used as a doormat for the rest of the summer. At first you would be last picked and your teammates wouldn’t pass to you so you had to go and get the ball. As time passed and they realised that I was proud of who I was and who I supported, they had no choice but to accept me.

From being last picked I went to being the first they all wanted as I could play a bit and I wouldn’t back down to anyone. I actually went on to become good friends with them all and when I returned every summer I rejoined that group and we played football on the green every day until it got dark.

I was told by my father to always be who I am and never be afraid to stand up for what I believe in so that’s exactly what I did. That’s the reason that I am a massive Celtic supporter and that’s the reason I support them instead of buying the jersey of whoever was winning in a England when I was at school.

The moral of the story is even away from football we should never try and be someone or do things just because it’s the popular thing to do.

If you feel a certain way about something then you should have the confidence to stick with that, whatever it may be.

My son will be taught the same values as I was, he will have the freedom to choose any team he wishes to follow but they say that if it’s in the blood, it’s in the blood. Hopefully he will be wearing the hoops for many years to come!