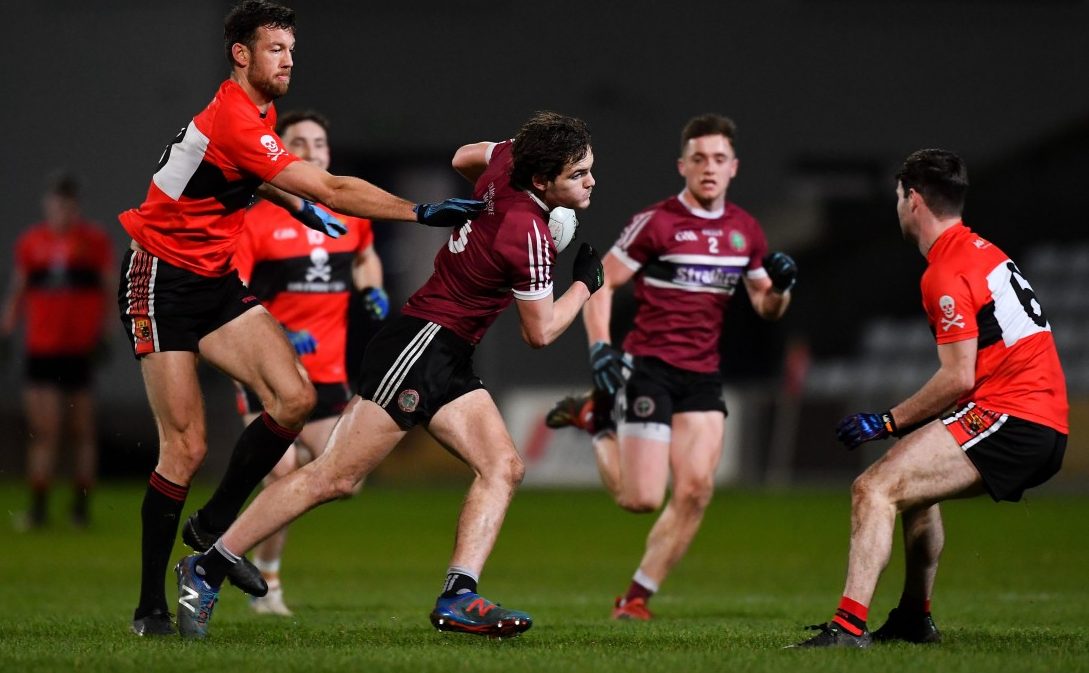 Club football and hurling is hotting up all over the country at present with some fantastic games taking place.

Last weekend was the first time in a very long time that I had some free time away from my own training and games to sit back and enjoy the games they were shown live.

I watched the Corofin and Ballintubber game and I have to say I really enjoyed the tussle. Corofin have set the bar over the last number of years and I think that’s its admirable how they go about their business.

They play the game the way it should be played. They play open and expansive football but if teams want to set up ultra defensively against them then they simply have patience and eventually find the solution.

Their players carry themselves extremely well on the pitch. No quarter is given but respect will always be there and that is very important as we try and set good examples for the younger people in our clubs.

Ballintubber, like every other team Corofin have faced over the last number of years, had them analyzed upside down but Corofin did what they have been doing and they simply found the answer to the problem before them.

Having played against them last year you get to appreciate just how smart they are when in possession. From afar it may look like they are going nowhere moving the ball over and back, but if you watch them closely they are creating space for one another and eventually someone will pop up for the score just like Liam Silke did for his goal last weekend.

They are going for their third All-Ireland Club title in-a-row and what an achievement that would be. They will be tested along the way but by whom? That is the question.

Down in Kerry, kingpins Dr Croke’s were beaten by the sheer brilliance of David Clifford so now Austin Stack’s will progress into the Munster Club. I haven’t seen much of Austin Stack’s this year but are they capable of coming out of Munster and then challenging Corofin? It’s doubtful.

Here in Ulster this weekend we will get a better look at the four teams still left standing to see what kind of champions we will have this year.

Having been there last year it’s all about getting that first win under your belt after winning the county championship. Once you have the first win the excitement and celebrations that come with winning your county championship have gone and the focus returns to on-field matters once again.

I am working at both senior games this weekend so it will be nice to see the teams up close and personal and to get a feel of where they are at. The one team I felt might have a kick in them this year was Trillick and they lost out on penalties the last day out so for me that’s a big name gone.

On a different matter it was announced this week that the Sigerson Cup is to be played over the course of three weeks. Having played Sigerson, I understand the importance of the competition and more than that I fully understand the enjoyment players get form taking part in it.  With this new ruling it will take away from this great competition and after a few years it will lose all its prestige.

If we take a quick glance at the calendar we get a feel for how things will go. Sigerson is to be played off in January while the league throws in during January too, it’s the same group of players that will be playing in these competitions.

If you are a good young player you will be part of your Sigerson team while also being handed your opportunity to play in the early rounds of the league with your county.

After January the u-20 competition will be rattled off with the same players being put through the mill again. It just doesn’t make sense, all we are doing is catering for the inter-county game and cramming every other competition in to suit that.

When I was playing college football we got to train with our college team all the time and if we had a game we got to choose which one we could play.

Nowadays county players rarely train or even play with their college teams and when it comes to the u-20s they are just pulled altogether if you are any way decent at all.

Let the young guys play at their level and grades and when that’s over then bring them along with the senior set up. The solution is very easy isn’t it but what we need to remember is with the GAA we just don’t do easy.