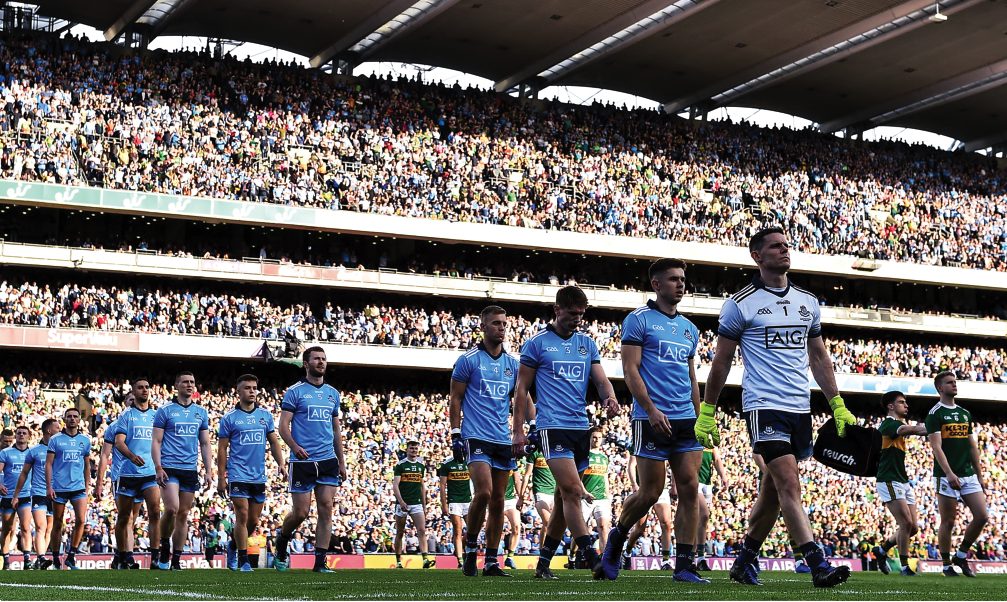 HISTORY has been made and this Dublin team has cemented its place in those history books as the best-ever Gaelic football team, and credit to them for doing so.

It was a great spectacle with Kerry giving as good as they got for large periods but if we are being honest Dublin never looked in trouble. Over the next few months Kerry will dissect both games and kick themselves for leaving it behind on day one.

Playing the Dubs with 14 men for 40 minutes is something that doesn’t happen too often so they had to make the most of that and seize the day but unfortunately for them they just couldn’t wriggle away.

Dublin learned their lessons from the first day out and their big-game players certainly showed up for the replay with Kilkenny, Mannion and Con kicking 12 points from play between them.

To win one is great and to do it back-to-back is difficult. To win three-in-a-row is immense but what these lads have done is simply mind-blowing.

We could say that they have faculties and resources available to them that most other counties could only dream of but I don’t buy that for one second. The key to their success is not money, it’s not a large pick, it’s not talent. For me it comes down to the kind of individuals they are.

This Dublin team are so grounded and so clued in to life in general and that’s what sets them apart. There are no big heads, no egos because Jim Gavin simply doesn’t tolerate that. They have respect for the game, respect for themselves and more importantly they have massive respect for the Dublin Jersey.

They are a credit to their families and clubs and they have single-handedly dragged the game out of the gutter with their exciting play.

Jealousy is huge in this country so in the next few weeks or months if anyone says anything to you about the Dubs or anyone tries to belittle what they have achieved you have my permission to say that I called them “a jealous f****r.”

Credit where credit is due, to reach those heights and to achieve the five-in-a-row takes a special kind of person and group. Hours upon hours of training and preparing, commitment levels never seen before, sacrifice after sacrifice to ensure that your standards do not slip.

For me they are the best team ever to play the game and I’m just happy I got to witness them in the flesh and got to experience their whole journey from a far.

Will they do six, seven-in-a-row? Looking at them from the outside you would have to say that their hunger and desire seems to be getting stronger if anything so other teams certainly have their work cut out over the next few years.

A lot will depend on whether Jim Gavin stays at the helm. If he does then this Dublin machine will keep moving forward as he sets the tone for everything they do.

The club championship is heating up nicely here in Donegal as we play our last group games to see who makes it through to the quarter-final stages.

All groups have something to play for as we head into the last game with every team hoping to finish top in order to get a favorable draw.

We play Ardara and should we win then we will secure our place in the quarter-finals. Ardara is always a tough place to go so we are really looking forward to the challenge that awaits.

Finishing top or second doesn’t really bother me personally as it was all about finding our feet over the first three games and slowly building momentum along the way.

Our first game was horrendous with a lot of soul-searching done afterwards and last week’s performance went up a notch or two. Like all teams we hope to improve with each outing but the main thing for now is just to get out of the group.