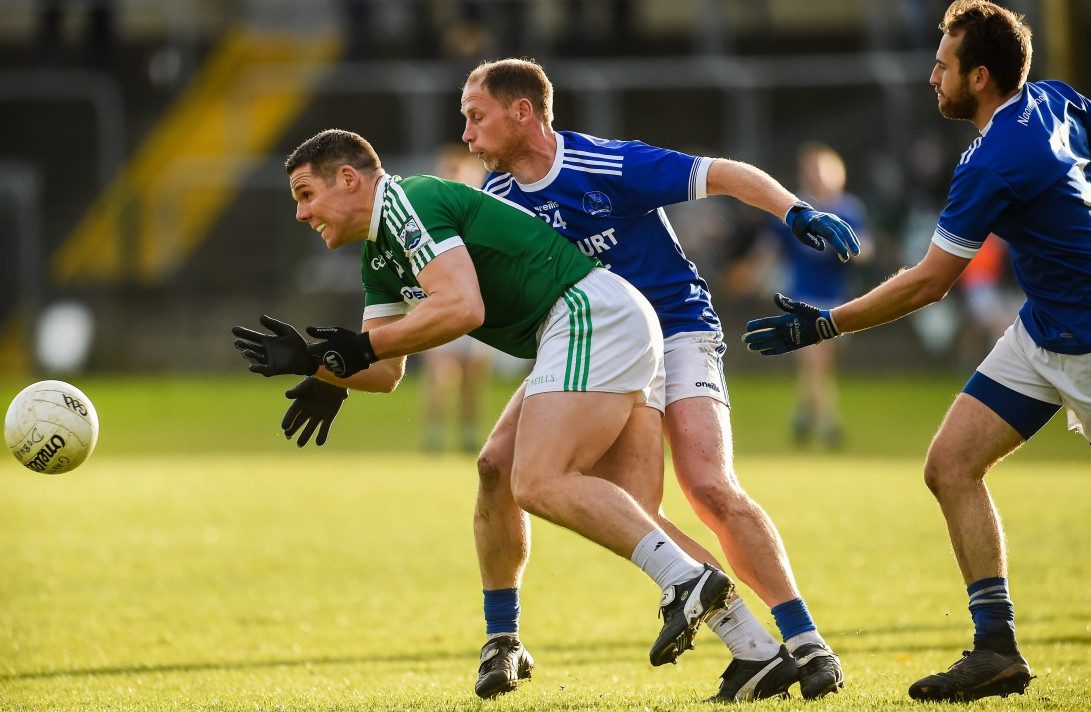 LAST weekend the Donegal Senior Championship final ended in stalemate and now we get to do it all over again on Sunday.

Having been two points up with six minutes to go, I felt that we should have seen the game out.

Yours truly missed a gilt-edged chance to put us three up and that would have been curtains.

After the final whistle and indeed all week the result hurts but the good thing is that we have a chance to rectify things on Sunday.

Going into the game most people tipped us and sometimes that can become dangerous. It gives the opposition motivation and sometimes it can creep into your own mindset.

After last week’s game all bets are off and we now know what to expect.

Glenties, credit to them, threw the kitchen sink at us and tried to get in amongst us as best they could.

They themselves will probably feel that they had chances to snatch it at the end so Sunday’s game will be a 50-50 contest.

This week is all about getting the body right and, more importantly, getting the mind right.

From our point of view, we now know what the opposition want to bring so now it’s up to us to prepare for that and from a Glenties point of view they have had an opportunity to see what works and what doesn’t for them.

We had a great day weather wise and although the football on show wasn’t the best, both teams get an opportunity this weekend to fix that.

I spoke last week about how club football is thriving and for anyone who doubts that all you need to do is look at last weekend’s results. Five in-a-row chasing Scotstown dumped out in Monaghan, All-Ireland champions and this year’s favorites Corofin barely hanging on in Galway, Magherafelt making the breakthrough in Derry.

For me the club championship has it all and with more games now been shown live we get to see more and more of this stuff each week, which is great.

On one hand the club scene is thriving and then typical GAA, we go and mess with everything once again.

At this stage I can’t even be bothered getting into the motions that have been passed and arguing if they will improve our game or not.

Have you ever seen an organisation anywhere in the world who change their rules as much and as often as we do? It’s getting beyond a joke at this stage.

I have a gang of fanatical GAA lads who meet up in the bar every Saturday night and GAA is always the topic. Those lads, and I’m sure there are more like them in every parish, would do a better job running our Association given what’s going on at the minute.

I have just one thing to say on the matter, will you please leave our games alone for God’s sake. When these rule changes are introduced it will be hard to tell the difference between GAA and Aussie Rules!

Before I tog out for our county final replay on Sunday I will first travel to Castlebar to be with the Underdogs on Saturday night when we face off against Mayo.

I have to say that I have loved my time with those lads and all I want for them now on Saturday night is that they go out and give a performance that they will be proud of.

They are an excellent group and they have really grown not just footballers but more importantly as human beings over this process and that lifts my heart.

I don’t mind if we win or lose to be honest as this is about more than football. This is about giving these lads an opportunity and a stage to perform on.

I wish each and every one of those lads the very best of luck at the weekend and the only thing I will say is enjoy every minute of it.