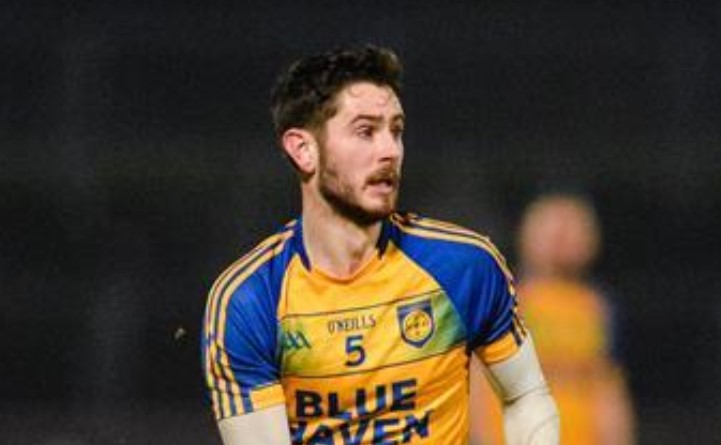 We are down to the semi-final stages here in Donegal and the four teams tipped to make it to the penultimate round have safely made it through.

The way the quarter-finals had shaped up, you could see that some mouth-watering clashes lay ahead should all of the big guns make it through.

The games went pretty much as expected with Bundoran coming closest to an upset taking us to extratime.

In truth though we were never in any danger of losing our game, it was more down to switching off and having one eye on the semi-final.

We went eight points up with seven minutes of normal time remaining but Bundoran clawed their way back and in the eighth minute of added time they drew level.

To be honest, I think it was a kick up the backside we needed as we addressed things before extra-time and started to play like we can again.

Maybe it’s easy for me to say this as I’m standing on the edge of the square and not running the hard yards out the middle of the pitch, but I felt it was a good thing we got that extra period of extra-time.

A lot of our lads are based in Dublin so we don’t get to train together that much so in essence extra-time was like having a full training session together, which was great.

We now lock horns with everyone’s favorites for the championship, Kilcar, on Sunday. It will be a massive year for both teams and whoever wins this will be extremely hard to stop.

Kilcar have been building towards this game since early January so for them it’s DDay and a day when they must deliver. For us we will be tested like never before and tough questions will be asked so it’s up to us to see if we can answer them or not.

Both teams have some serious ball players so it should make for a fascinating game so let’s hope the weather and the predicted tail-end of that hurricane doesn’t spoil it.

Kilcar have gone the whole year unbeaten so they are in fine form and from out point of view I think we are just coming into our best so I can’t wait for this clash.

The other semi-final sees St Eunan’s clash with their old rivals Glenties.

Both teams eased through their respective quarter-finals with St Eunan’s putting on a show that the Harlem Globetrotters would have been proud of.

Glenties have appeared in the last two finals so they will be eager to get back there again. Going by reports they are going more offensive this year and with the quality that they have in their forward third this makes them a dangerous prospect.

St Eunan’s normally rely on Niall O’Donnell for the bulk of their scores but last weekend almost everyone got in on the act so they will be pleased with that as they move forward. They have lost Rory Carr to injury and as the competition progresses this could hurt them more and more as defences get tighter.

We must commend the county board for fixing these games as a double-header as it’s the right and the best thing to do. A lot of neutrals will want to see both games so now that both are fixed for MacCumhaill Park on Sunday we should have a great crowd at it.

This is the time of year you want to be playing so I’m sure the four camps can’t wait to get stuck into each other on Sunday. Let’s hope for a feast of footballing action and please God we will still be standing come Sunday night.