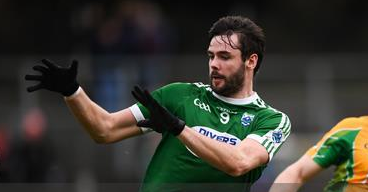 IT feels like just yesterday that we were gearing up for our first county final appearance in 12 years. Fast-forward 12 months and here we are again.

This Sunday Naomh Conall, Glenties and Gaoth Dobhair will face off to see who will be crowned Donegal champions for 2019. The game is a repeat of last year’s final when we bridged that gap to run out winners on the day.

Considering the quality in Donegal at the moment, it is a fantastic achievement for both teams to have made it safely through to this year’s decider once again.

At the start of the championship I gave my rankings of how I saw things at they sat at that stage in the season. Kilcar came in at number one, Glenties at number two, St Eunan’s at three with ourselves at number four.

That wasn’t me trying to pull the wool over anyone’s eyes or trying to talk any team up, that was an honest assessment of how the season had gone to date for the top four teams in Donegal.

Kilcar and St Eunan’s fell by the wayside leaving the other two of the top four standing. Based on their form over the whole season and how they have played to date in the championship, if I was to be completely honest then Glenties would just shade top spot now in the rankings.

I spoke here earlier in the year about how we had to carefully plan our training so as to peak at the right time, but it has been a long stretch given our run to the All-Ireland series last season.

We definitely didn’t put as much into the league this time around and even in our group stages we were rusty enough, but now as we are at the business end of things you would hope that everyone could produce their best when needed most.

We probably played our best football of the year in our last outing against Kilcar but when we sat down to analyse that game we made a lot of silly mistakes and if we make those same mistake again then Glenties will punish us.

Our hope is that we can go up another gear on Sunday but it will be a gigantic task against the most consistent team in Donegal over the last 10 years.

Glenties are heading into their third county final in four years and their seventh final in 10 years. That’s an amazing achievement and it gives you an idea of what we are facing into this Sunday.

Glenties, like ourselves, have a great mix of youth and experience and they will fear no one as they head into this year’s decider. Their management team has been with them for a number of seasons so they know each other inside out and are extremely well drilled.

The final has the makings of a great game with some exceptional ball-players on both sides so hopefully both teams can put on a show.

I spoke last week about the thrill and excitement of club football and last weekend didn’t disappoint. In my opinion club football has overtaken the county scene when it comes to great games.

I was glued to Twitter as the Antrim county final was in full swing last weekend. Credit to both teams for producing an enthralling contest with Cargin winning out after extra-time.

These are the kind of contests we need in the GAA and when you look at the attendees at the Derry Championship games and in Tyrone and Down, then it’s clear to see that club football is flourishing.

People enjoy tight, tense affairs and with club football you get this week in, week out as opposed to the county scene when we might get one tight game a month is we are lucky.

As the evenings get shorter and the smell of turf escapes from the chimneys around my hometown, it’s great to be preparing for another county final.

It’s what keeps us alive down here and sure what else would you rather be doing?