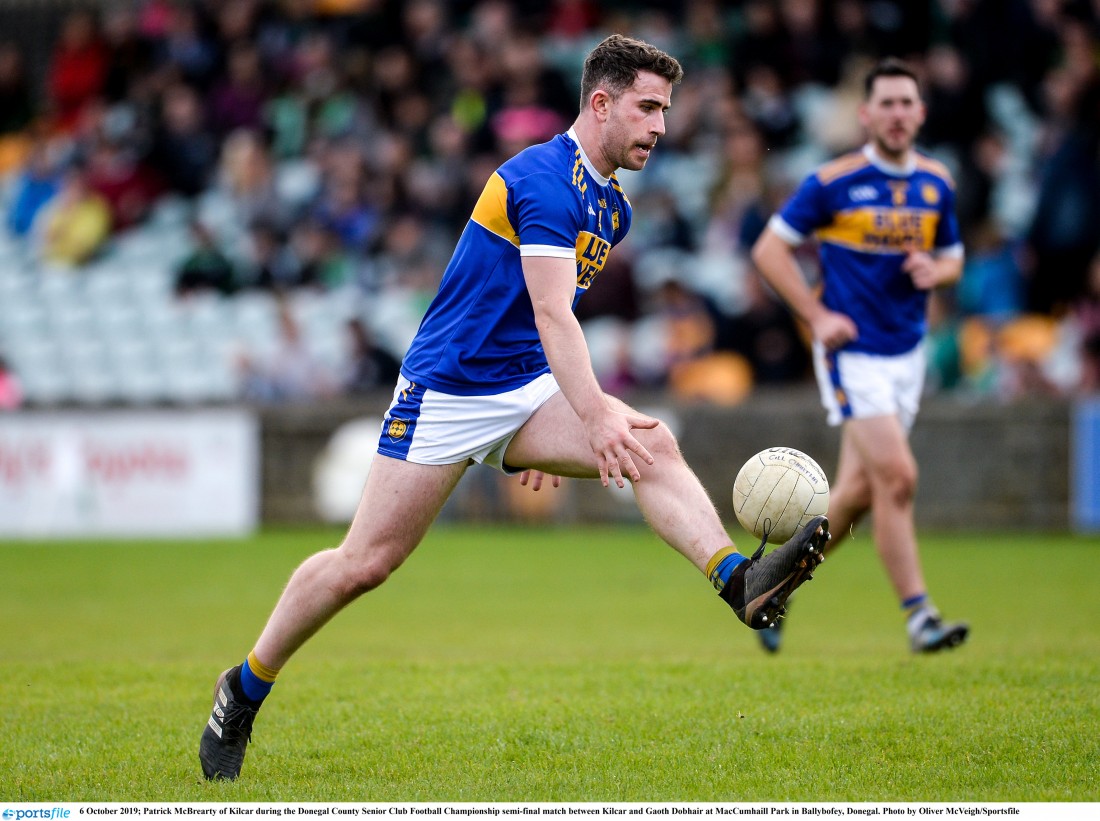 WE are down to the semi-final stages here in Donegal and the four teams tipped to make this stage have safely made it through.

The way the quarter-finals shaped up, you could see that some mouth-watering clashes lay ahead should all of the big guns make it through, and now that this has materialised there is a lot of excitement about the clashes that are to come.

The games went pretty much as expected with MacCumhaill’s coming closest to an upset, taking us deep into added time before we could find a winner. In truth it probably looked like we were about to exit the competition being three points down with 15 minutes to go, but we backed ourselves and clawed our way back into it

To be honest I think it was a kick up the backside we needed as we know that a performance like that just won’t do from here on in.

We now lock horns with one of the favourites for the championship, Kilcar, on Saturday in what is a repeat of last year’s semi-final. Kilcar, like ourselves, got a bit of a shock at the weekend with St Micheal’s running them close so both teams will be on high alert.

It will be a massive game for both teams and whoever wins will take great confidence from it moving forward.

Kilcar have been building nicely for this game, even beating All-Ireland Club kingpins Corofin a few weeks back in a challenge game so they are well prepared. For us this week we will be tested like never before and tough questions will be asked so it’s up to us to see if we can answer them or not.

Both teams have some serious ball players so it should make for a fascinating game. Let’s hope the weather stays dry as that would suit both teams and it would make for a great game of football.

Kilcar have been scoring at will so far this year so they are in fine form and from our point of view, I think we are just coming into our best so it should be a cracker.

Having played each other at the same stage last year I’m sure a lot will be read into that game but, in truth, you would be silly enough to focus too much on that as this game will be completely different.

The four teams that are left know each other inside out so there will be no major surprises this week – it will simply come down to who plays best on the day.

The other semi-final sees St Eunan’s clash with their old rivals and current holders Naomh Conaill. Both teams eased through their respective quarter-finals with St Eunan’s putting on a show against Bundoran scoring 8-11. Naomh Conaill have shown excellent form to date and along with St Eunan’s, they are probably the outright favourites at this point in time ahead of Kilcar and ourselves.

Going by reports, they are very well drilled again this year and they are a real threat going forward with the quality that they have in their forward third. This makes them a dangerous prospect.

St Eunan’s normally rely on Niall O’Donnell for the bulk of their scores but last weekend almost everyone got in on the act so they will be pleased with that.

Conor Morrison’s loss may be felt this weekend as Naomh Conaill have a few men that need to be man-marked and Conor would have been one of their key men for that.

We must commend the Donegal County Board for getting us to this point with everything that has been going on in the background, so hopefully now we all get to see the competition out.

The real shame this week is that these games will be played behind closed doors, something I just don’t agree with and it will be strange playing a game of this importance with no spectators.

With the games being played in O’Donnell Park and MacCumhaill Park, there is no reason why we couldn’t have our spectators present and I hope that the decision will be reversed by the final.

A lot of neutrals will want to see both games so now it’s a case of viewing it online. This is the time of year you want to be playing so I’m sure the four camps can’t wait to get stuck into each other at the weekend. Let’s hope for a feast of footballing action and please God we will still be standing come Sunday night!

Club football continued to shine brightly at the weekend with some great clashes being shown live on TV. Last weekend’s Tyrone Championship encounters did wonders for club football and long may it continue.

I honestly think that after this season there has to be a serious discussion around the whole club scene and the benefits of giving it more of a window, but that’s for another day.