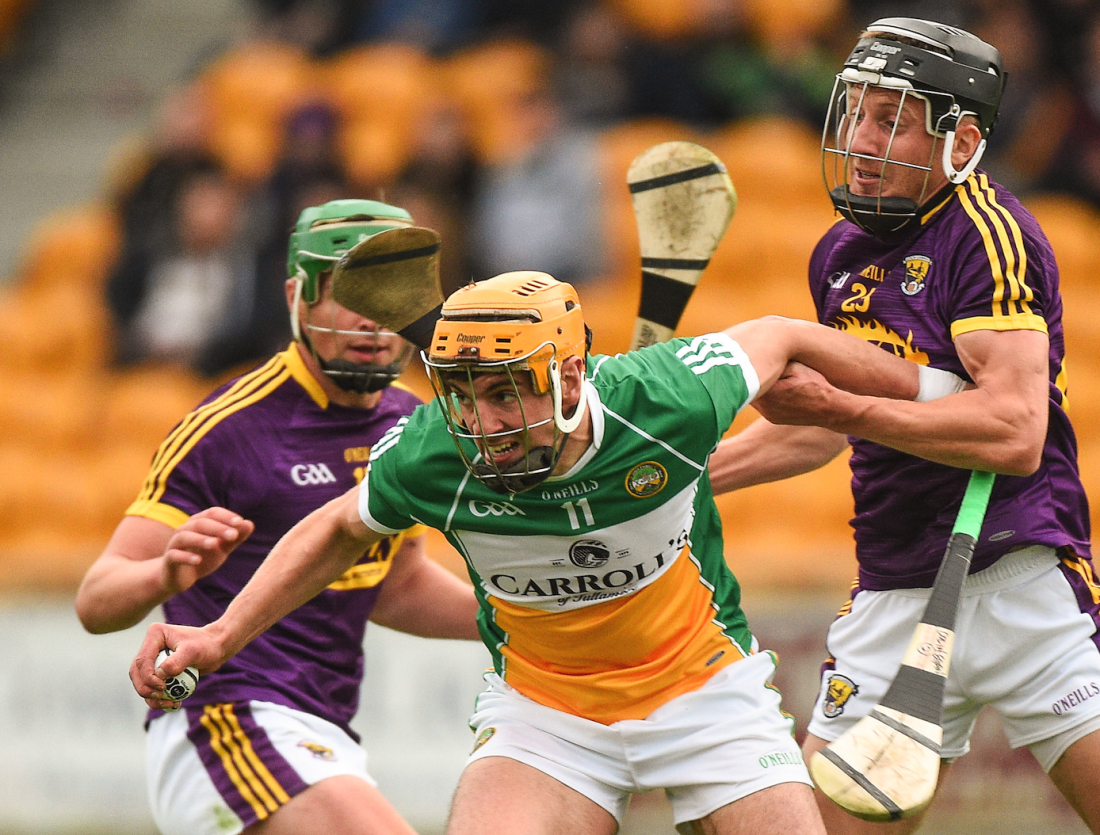 CAMPAIGN....The arguements are starting to roll out

CAMPAIGN….The arguments are starting to roll out

OVER the past few weeks a number of pundits, managers, former managers and players (and anyone else who was asked) have aired their views on the relegation of one team from the Liam MacCarthy Cup to the Joe McDonagh Cup.

It doesn’t take an extensive knowledge of hurling to predict that the provincial series that is most likely to produce the team that suffers relegation is Leinster, and that the team most likely to make the drop is Offaly.

The sliotar started rolling a couple of weeks back when Michael Duignan (not surprisingly) got his retaliation in first on behalf of his beloved Faithful county.

Without showing any hint of anxiety at possibly being perceived as a parochially-biased, insular, self-preservist, Duignan began the ‘No Relegation from the MacCarthy Cup unless it’s not Offaly’ campaign on the grounds that Offaly are disadvantaged due to having a smaller panel than other counties: “Offaly have the smallest panel in Leinster and they have games four weekends in-a-row,” said the double All-Ireland winner before turning his attention (quite justifiably) to the inequitable system that exists between the Munster and Leinster Championships.

“If they (Offaly) finish bottom, they’re relegated, whereas whoever finishes bottom of Munster gets a play-off if Kerry win. There are different rules for the same competition and it’s nonsensical. This happens at Congress – these are people up there to guard against this, but continually these things happen and they don’t realise until it’s too late.”

I don’t think I’m the only one who translates these concerns as: ‘As things stand, my county are a cert to go down so I’ll lay a bit of groundwork for later in the year, play the inequity card, see if I can get a bit of debate going and see where it takes me…’

Brian Cody is another who took up the mantel on behalf of the Leinster counties: “There’s no way any team in Leinster should be relegated. There’s no team being relegated in Munster so why it’s supposed to happen in Leinster, I have no idea. The quality of the teams in Leinster – if anyone thinks there is a lack of quality in Leinster, they’re absolutely wrong.”

As with Duignan’s comments, they’re not entirely factually accurate. Relegation is indeed possible from Munster if Kerry happen to win a playoff, so what Cody is actually saying is that Kerry, even if they do win the Joe McDonagh don’t have a hope in hell of winning a playoff against Cork, Limerick, Tipperary, Clare or Waterford.

A perhaps surprising input on the issue came from former Tipp star Eoin Kelly who’d “hate to see an Offaly or a Dublin not in the Liam MacCarthy Cup. I’d be like, how can we get more teams into it? So I don’t like the idea of relegation in the Championship. I don’t mind it in the league — but in the Championship, no.”

The list of contributors goes on… Wexford player Matthew O’Hanlon, former referee Brian Gavin… they’ve all had their tuppence worth on the issue.

And they’re all entitled to their opinion of course. The problem I have is that not one offered any thoughts on a realistic alternative or gave any consideration as to the standing or plight of the McDonagh Cup counties.

It’s not clear for example whether Duignan, Cody et al are campaigning for no relegation from the MacCarthy Cup at all (in the way that Eoin Kelly has articulated) or are they agitating for a relegation playoff safety net to be established in Leinster so that the current top table stands a better chance of being preserved… as was and ever shall be and all that.

The irony of Matthew O’Hanlon’s comments wasn’t lost on me when he accused Munster hurling people of ‘looking down’ on Leinster.

But it’s okay for Leinster counties in the MacCarthy Cup to look down on McDonagh Cup counties. While many platitudes are paid to the ‘developing’, ‘lower tier’ or ‘weaker’ counties, and ‘all the great work that they do to promote the game’, hurling’s nobility still feel that they should be untouchable, that tradition and past glories are enough to preserve an elevated position and engender a circling of the wagons when the status quo is threatened.

Going back to Offaly’s precarious position (as highlighted by Michael Duignan), they have now played three and lost three in the 2018 Leinster SHC and have a scoring difference of minus 45. They face Dublin on Sunday when victory would give them a slim chance of survival.

I expect Dublin to win on Sunday and there to be a serious crusade on behalf of Offaly’s ‘right’ to remain in the top tier. Those drums have been beating for the past couple of weeks. It won’t surprise me at all if that campaign is successful but it simply cannot be at the expense of the Joe McDonagh Cup winners’ automatic promotion to the MacCarthy Cup.