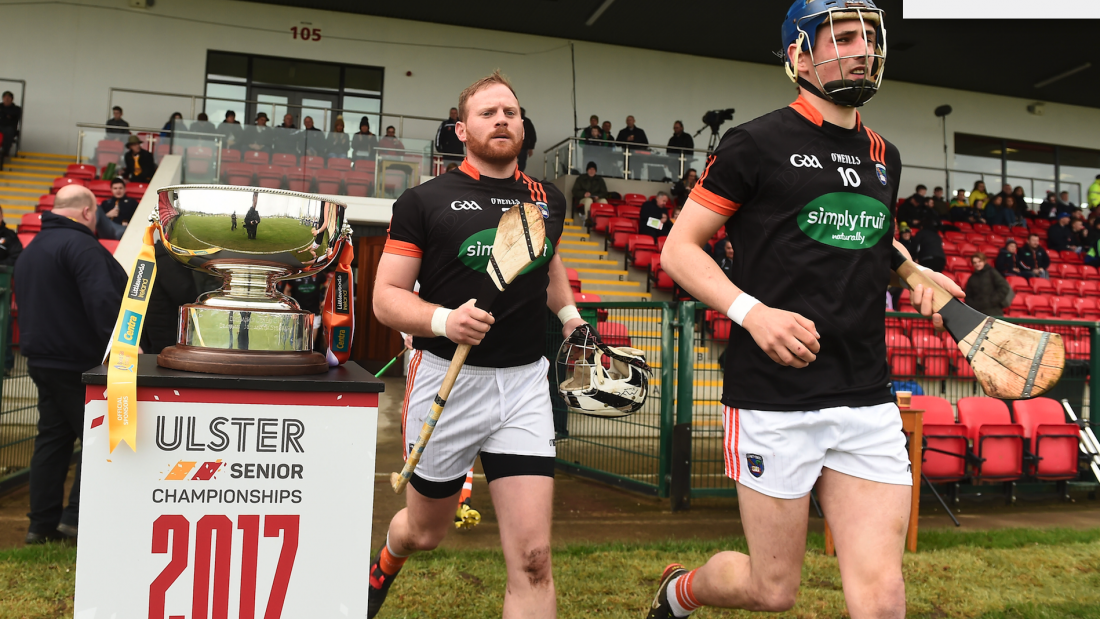 LACK OF INTEREST....The Ulster Championship has died a death since it was removed from the All-Ireland series

LACK OF INTEREST….The Ulster Championship has died a death since it was removed from the All-Ireland series

ASIDE from a few opinion pieces in our local dailies, there’s hardly been what you would call a major grassroots backlash against the Ulster GAA decision to scrap the Ulster Senior Hurling Championship for three years.

That nobody knew about a decision that was taken in November says more about the need for the GAA to revise its communication cascade to grassroots members than the magnitude of the decision itself. I didn’t know about until about three weeks ago – and that was only through a chance conversation with an Ulster GAA official.

So when I included in my predictions for this year that we had seen the last ever Liam Harvey Cup final in 2017, I hadn’t actually realised that I was making a prediction that had already been fulfilled. But really, nobody should have been surprised.

The Ulster Championship has run its course. In the past few years, there’s been failures to field, walkovers, teams begrudgingly fulfilling fixtures, and last year RTÉ didn’t even give the result of the Ulster final on that night’s The Sunday Game (and our national broadcaster didn’t exactly endear itself to Saffron supporters this week either when snubbing the Antrim v Galway game – the first competitive match of the reigning All-Ireland champions).

It should also be noted that BBC Radio Ulster gave a rundown of how Ulster football teams fared in the opening day of the Allianz Leagues (including Londonderry) but no Ulster counties were playing in the Allianz Hurling Leagues apparently. Not even an Ulster side running the All-Ireland champions to three points is worth a mention.

But back to the Liam Harvey Cup. The writing has been on the wall for the last few years, and with the change in scheduling last year making no discernible difference in terms of player or supporter interest, there was only one decision that could be made.

In its guise as a standalone competition, its status had sunk to somewhere between a preseason tournament and a series of challenge matches which is an unrecognisable state from its golden era of the 1990s when a place in the All-Ireland series was on offer.

Hurling has moved on. Priorities have now shifted. The introduction of the Ring, Rackard and Meagher Cups sounded its death knell a decade ago and November’s Ulster GAA CCC decision to scrap the competition was less of a final nail in the coffin than a compassionate silver bullet.

The aforementioned Galway v Antrim Allianz League clash (the one that RTÉ didn’t hear about), and the performance of Offaly against Dublin suggests that Division 1B mightn’t be as predictable as the past few seasons.

With Antrim leading with seven minutes on the clock, Galway had to bring on some big hitters to get over the line. Gearoid McInerney, Cathal Mannion, John Hanbury and Davy Glennon were all sprung from the bench as Antrim made a mockery of the 23-point handicap.

It has been pointed out that Galway ‘were just off the plane’ but the nature of the performance should ensure that Antrim go into Sunday’s clash with Dublin at Corrigan Park full of confidence.
Dublin – whose game against Offaly was actually shown on TV – were well beaten by the Faithful. The Dubs looked pretty much leaderless at Croke Park and Pat Gilroy now knows that he has a job of work to do to turn Dublin into genuine championship contenders again.

Gilroy appears to be taking the same approach that he did with the Dublin footballers; he has an open door, is having a look at players who were playing well for their clubs in last year’s championship as opposed to dipping solely into the pot of development squad players, has no issues with taking on players from junior clubs, and will give players who commit a chance to stake their claim.

The problem for him is that the hurling pool is a lot shallower in Dublin than the football pool and he may struggle to find the strength in depth required. Like Ger Cunningham and Anthony Daly before him, he is short of quality forward options. Even when the Cuala contingent return, Con O’Callaghan won’t be among them.

I’d expected the relegation dogfight in Division 1B to be between Antrim and Laois but in a throwback to the pre-Daly Dubs, it look like the boys in blue will also be involved at the basement end of the table.

As well as Antrim and Offaly, a few other sides caught the eye, Clare and Wexford being the obvious examples. Cork also served notice that they are continuing on an upward curve after last year’s resurgence. They refused to buckle under Kilkenny’s comeback and seem to have dovetailed seamlessly with new manager John Meyler after the departure of Kieron Kingston.

The 2-17 total posted by Down against Derry didn’t go unnoticed either. While Wicklow will be the team to beat in the 2B grade, this young Down team could cause a shock at Ballycran on Sunday.
comment@gaeliclife.com