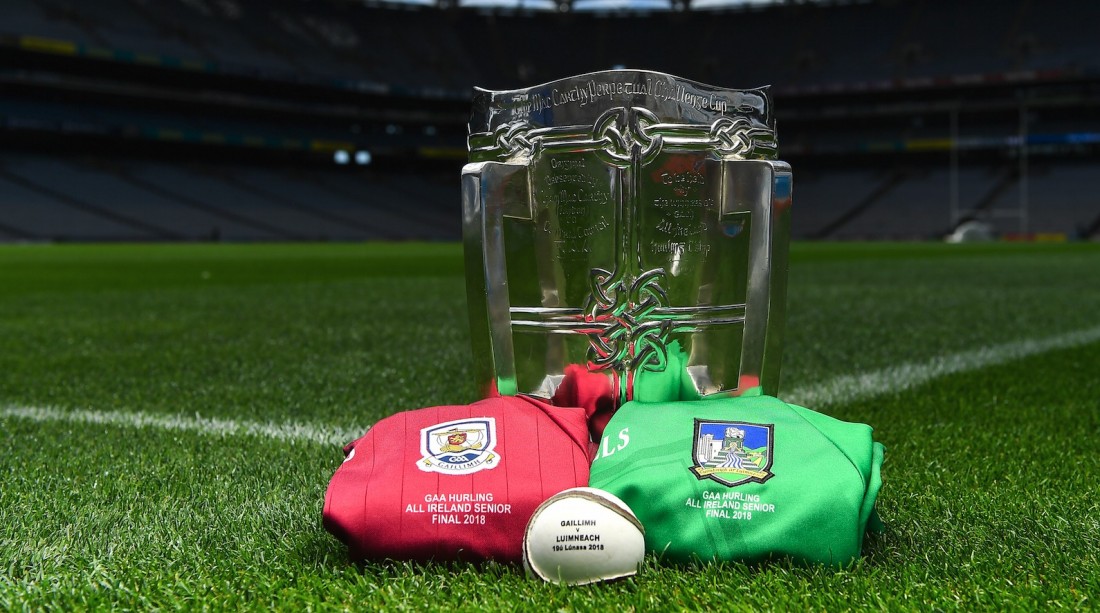 STICKING WITH IT....John Martin has tipped Limerick from the start

STICKING WITH IT….John Martin has tipped Limerick from the start

BEFORE a sliotar was struck in the 2018 championship, Limerick were my prediction to lift the Liam MacCarthy Cup – and with 31 of the 32 games played, I’ve seen nothing to change my mind so far.

My inkling for the Treaty this year was confirmed after their systematic dissection of Antrim in Cushendall in February. So it was ‘only’ Antrim, a side that went on to suffer relegation from Division 1B, but it was an Antrim side that had lost against Galway and Dublin by a combined margin of just four points in previous games.

In a season when the new format would ensure that longevity would play an important role in the destination of Liam, Limerick displayed an amazing strength in depth that day that has seen them through to the All-Ireland final.

The final has been billed as the best 15 in the country (Galway) versus the best squad in the country (Limerick) but it’s not necessarily a billing I agree with. Galway have been operating at about 90 per cent of last year’s level.

While it is a good sign that any team remains unbeaten despite not playing at their best (and they have not been bettered in 13 championship games over two seasons), they have rode their luck at times.
They have won two of their last five games by a point, drawn two of them, and although they beat Kilkenny by seven points in the Leinster final replay, the Cats reduced an 11-point deficit down to the minimum at one stage. And twice against Clare they let comfortable leads slip, and had it not been for the width of a post, Aron Shanagher would have put Clare into Sunday’s decider.
Galway as reigning All-Ireland champions have a proven mental toughness that comes from having already annexed a title, and they have needed it to get through the season but in both games against Clare, they looked a tired and bruised side.

Gearóid McInerney looks like being fit again after missing the semi-final replay, which will be a boost but the man that Limerick will be most keen to stop is Johnny Glynn. The Galway forward has been superb all year, and if Limerick are to make any adjustments to their system, it will be to try and curb the influence of Glynn.

John Kiely’s side have conceded very few goals – as have Galway – but the full back line has been the one line that has looked susceptible. The Limerick backs seem under instruction to keep out goals at all costs which sees them very often marking from behind for the entire 70 minutes.

Brian Cody would generally call a player ashore if he saw that he was marking from behind, his theory being that he didn’t have the confidence to get out in front of his man and win the ball, and he was on in damage limitation mode.

The Limerick backs’ ‘damage limitation mode’ has served them fairly well but Glynn has earned the right this year to be treated as a special case. The Ardrahan man has it all… strength, physicality, but also immense skill and with Mike Casey not the biggest of full backs, Kiely may be tempted to make a switch to deal with Glynn.

Richie English may be better suited to handing Glynn or perhaps Seamus Hickey might be told to keep warm on the subs’ bench. If Glynn is the forward that Limerick are watching, then Gearóid Hegarty is the man that Micheal Donoghue will want to keep tabs on.

Hegarty probably doesn’t catch the eye as much as Glynn but he is a vital cog in the Limerick forward line and has that indispensable quality of being able to keep the scoreboard ticking over. Joseph Cooney may be Galway’s best shot at keeping him quiet and if so, then either John Hanbury or Aidan Harte may be pushed out of the starting 15.

There are some other great battles in store… Aaron Gillane v Daithí Burke, Joe Canning v whoever picks him up, which will possibly be Declan Hannon. Canning has the potential to exert a huge influence on the game of course… he will do what he has been doing all year, drifting into space, and dragging the half back line out of position.

Cathal Mannion also deserves a mention as one of the key players who will have a major say in the destination of the MacCarthy Cup. Mannion has been playing well and is due a really big performance. He will drop deep and is capable of scoring from distance.

There’s an intriguing game in store. Limerick have enough scoring power from five to 15 to ensure that Galway won’t steal the same kind of march on them as they did against Clare and Kilkenny. If that’s the case, the Treaty will have too much for Galway going down the home straight, as they will definitely have the stronger 15 on the pitch at the end of the game. Limerick by four.