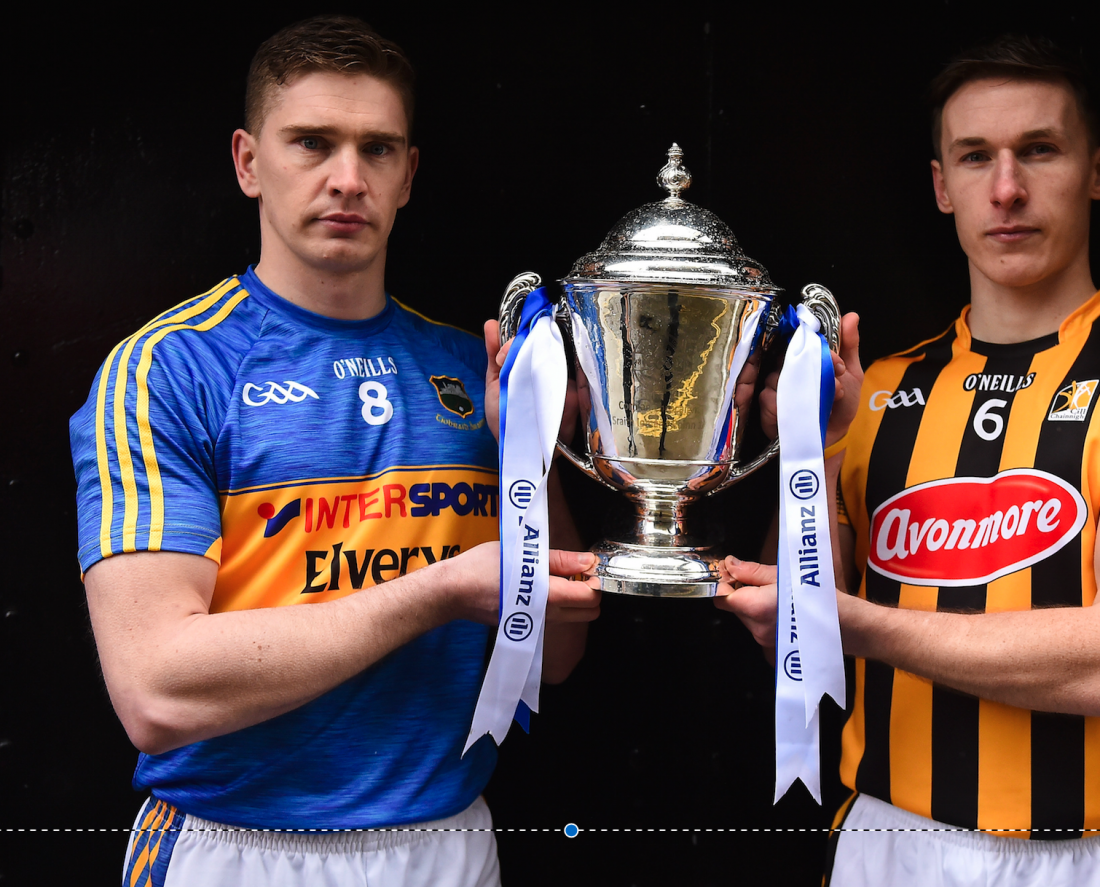 ALL TO PLAY FOR...Tipperary and Kilkenny meet tomorrow

ALL TO PLAY FOR…Tipperary and Kilkenny meet tomorrow

FOR all the talk of the emergence of a new era over the past year or so, we’ve ended up with Kilkenny and Tipperary meeting in a national final. Again. This is the 10th national final in 10 seasons… the more things change, the more they stay the same.

The sides haven’t met in a league final since 2014 when Kilkenny won after extra-time. But there’s been a huge turnover for Kilkenny since then: JJ Delaney, Jackie Tyrrell, Michael Fennelly, Richie Power, Henry Shefflin… the list of retirees has been well-documented as have predictions of a barren spell for Brian Cody.

If the final pairing is familiar however, one difference is that Tipp are going into Sunday’s Allianz League final as favourites. And although novel pairings are always good to see in big games, the meeting of these old foes definitely adds something to the decider.

Cody will not want Tipp to come into the Cats’ back yard and leave with the first main silverware of the year, while Michael Ryan can put as close to his championship team out on Sunday knowing that his side won’t face Kilkenny until mid-July at the very earliest – so no shadow boxing is required.

Both managers have used the league to experiment; Ryan has tried out established players in different positions, as well as blooding some new talent, while even Cody must be surprised to see this rookie Kilkenny side in a league final.

After two games of the league the Cats were without a point and staring a relegation battle in the face but kick-started by a one-point win over Tipperary, they are now looking for their ninth league title under Cody.

The Kilkenny manager will have to be pleased with his side’s transformation over the past four games. At the start of the year, former players such as Eoin Larkin, Eddie Brennan and Michael Fennelly were laying the groundwork in media interviews, warning that Kilkenny were in a transition period and wouldn’t be challengers for this year’s All-Ireland.

Reaching a league final has hardly elevated the Cats back to status of MacCarthy Cup favourites but it puts them further up that road than most pundits would have predicted. I wrote back in January that Cody’s objective for this league was to stay in Division 1A and secure three or four players who he can trust to do battle in the heat of summer.

He has got much more than that however. Cody has given significant game time to Paddy Deegan, Conor Delaney, Enda Morrissey, Richie Leahy, Martin Keoghan, John Donnelly and Bill Sheehan throughout the league and although he would never admit to being surprised at how any player who dons the black and amber stripes plays, if he expected to be overseeing a league final this year, then he’s as much a mystic as a manager.

What he has done in a very short space of time is turn this group of hurlers into a Cody team. His core principles of workrate, honesty and ferocious competiveness in the air and on the ground were to the fore in every area of the park on Sunday. Wexford, we were told, were in better shape, that Kilkenny would view a league semi-final as a satisfactory accomplishment for the 2018 campaign.

But instead we saw Kilkenny blow Wexford out of the water in almost every position. Leahy was superb in midfield, while Delaney had Lee Chin under wraps from very early on in the game. All good teams need leaders and it has been TJ Reid who has regained his form to drive the Cats forwards.

His role will be key to a Cats win on Sunday. Ryan will no doubt have a plan to deal with Reid and it is likely to be Paudie Maher or Ronan Maher who renew acquaintances with the Ballyhale Shamrocks man.

Kilkenny shaded the league encounter earlier this year by a single point but there’s likely to be only six of the same starters on the Tipp side on Sunday. They were missing the likes of Paudie Maher, Jason Forde, John McGrath, Cathal Barrett and John O’Dwyer, and Ryan decided against introducing Noel McGrath or Paudie Maher from the bench when the game was in the melting pot – which may say a lot about his priorities this year.

Depending on Ryan’s frame of mind, he may choose to bring Ronan Maher out of midfield and into the half back line to pick up Reid and allow Paudie Maher to return to his favoured left half back berth.
Whatever he decides, Reid will be the man who has to be stopped from Tipp’s point of view, but Ryan will also want to see better ball into his forwards. They made the most of every opportunity against Limerick in the semi-final, particularly in the first half, but hitting two wides from 14 shots is the exception rather than the rule. Is that going to happen in every game? Almost certainly not.

Tipp were also helped by some poor decision-making by Limerick who created more chances in normal time but either overplayed the ball in the final third or shot from stupid angles.
I expect Ryan to tweak the line-up to close to the championship 15 and that should be enough to secure a first title since 2008 for the Premier men. Tipp by five.