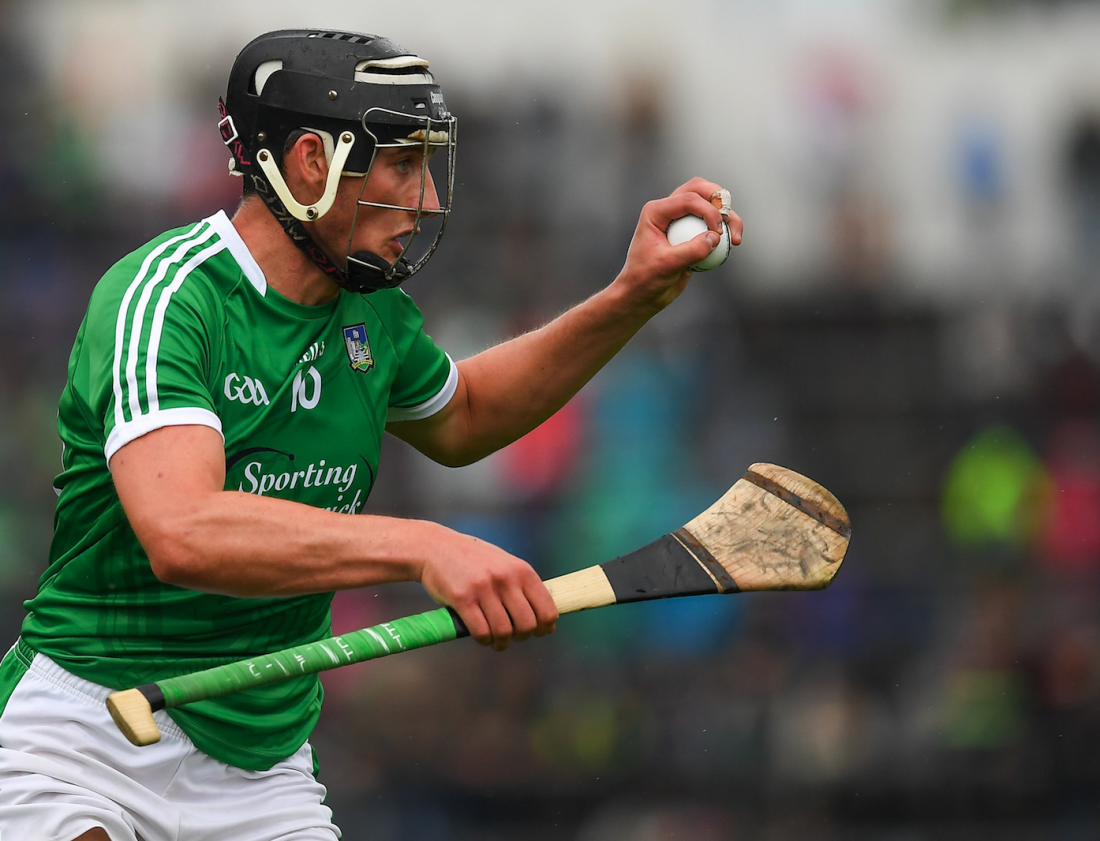 READY...John Martin feels that Limerick can win the Munster derby

READY…John Martin feels that Limerick can win the Munster derby

THE 2018 Liam MacCarthy Cup is seemingly Galway’s to lose. Only a soft-centred Clare side stand in their way of a second consecutive final and sure after that it’s only Limerick or Cork to prevent them from back-to-back glory.

The Tribesmen are odds-on with all bookies to retain their crown, but what’s interesting about the odds for the other contenders is this: the bookies have Cork as favourites to beat Limerick on Sunday, but in the overall All-Ireland betting, Cork and Limerick are both quoted as 4-1 joint second favourites for the MacCarthy Cup. That’s unusual. But I can see their thinking.

The issue for the bookies is that there still hangs a question mark over this Limerick side. The question mark relates to their big game mentality, that handling of a big Croke Park occasion which is exacerbated by the tendency of previous generations of promising Treaty teams to flop at the highest level.

They face a Cork side with no such fears, with back to back Munster medals on the mantelpiece, they are the side that have been there and done that while Limerick, until they prove that they won’t flounder on the rocks of expectation will, by osmosis, be deemed to carry the Limerick underachievement gene.

But performances suggest that these are a different Limerick bunch. Yes, they missed out on a Munster final place after their one championship defeat to Clare, but that was their third week out on the trot, and they have since bounced back against Kilkenny.

You need only to replay the last 10 minutes of the Kilkenny game and watch the Limerick reaction to Richie Hogan’s goal, which put the Cats in front, as evidence of the mettle of this Limerick side. They cancelled the goal out by adding four of the last five scores to seal victory.

A win on Sunday would remove at least some of the question marks and with players who have won All-Ireland u-21 titles, All-Ireland senior club titles, Fitzgibbon Cups, I think they’ll seal a first final place since 2007.

Limerick scored 24 points from play against Kilkenny but really they should have had more on the scoreboard. Certainly Eoin Murphy pulled off some great saves, but there were a couple of efforts that he really should have been given any chance with. They will no doubt have been working on that area over the past two weeks.

Limerick didn’t manage to breach Cork’s backline in the Munster Championship round robin game but they were with 14 men after Aaron Gillane was sent off and therefore had a two-man full forward line from the 25th minute onwards. They still managed to eke out a draw in that game. Limerick by four.

In Saturday’s game, it’s difficult to see Galway being stopped – Clare, although coming through a tough Munster round robin campaign to reach the provincial decider, have not looked confident since their last round robin game v Limerick.

They suffered a second half collapse v Cork in the Munster final and against Wexford, although they were seven-point winners, they won’t have inspired too many Banner supporters to travel in confidence to headquarters this weekend – their first visit to Jones’s Road since their All-Ireland winning year of 2013.

It looks like one of those games in which everything is going to have to go right for Clare. The Banner management will probably need to have some different gameplan than they’ve shown so far this year. They have a compliment of mobile forwards at their disposal who will enjoy nothing more than running at the Galway defence so I would think that they’ll try to get the likes of Podge Collins, John Conlon, Shane O’Donnell and Tony Kelly on the ball as early as possible to try and unsettle the Galway rearguard.

Galway will go course know what Clare’s speedy forwards are capable of and try to put the squeeze on them by dropping (probably) Gearoid McInerney back with Johnny Coen and David Burke playing deep midfield roles to further cut down the space.

With Galway forcing Clare to go long with puckouts, the Banner will need to improve on their success rate from the Wexford game and if Conlon is moved out to try and win puckouts, that further reduces the Clare goal threat.

It’s a game that is going to be fascinating from a tactical point of view; there are many scenarios to ponder… how will Clare try and coax Daithi Burke away from the square? What’s Galway’s plan for Tony Kelly? Where will Joe Canning be used? Will Galway trust their forward line to win their own ball against the Clare backs? After all, when Lee Chin went into the full forward line for Wexford in the quarter-final, the Model almost got two goals off high balls on top of him and Lee McDonald.

I think Clare’s forward talent is enough to keep the game close and interesting but the Banner backs will struggle to hold Galway’s forwards for 70 minutes. I expect plenty of tactical switches throughout the game from Clare to try and keep Galway guessing but ultimately the current champions are a much better balanced side. Galway by six.