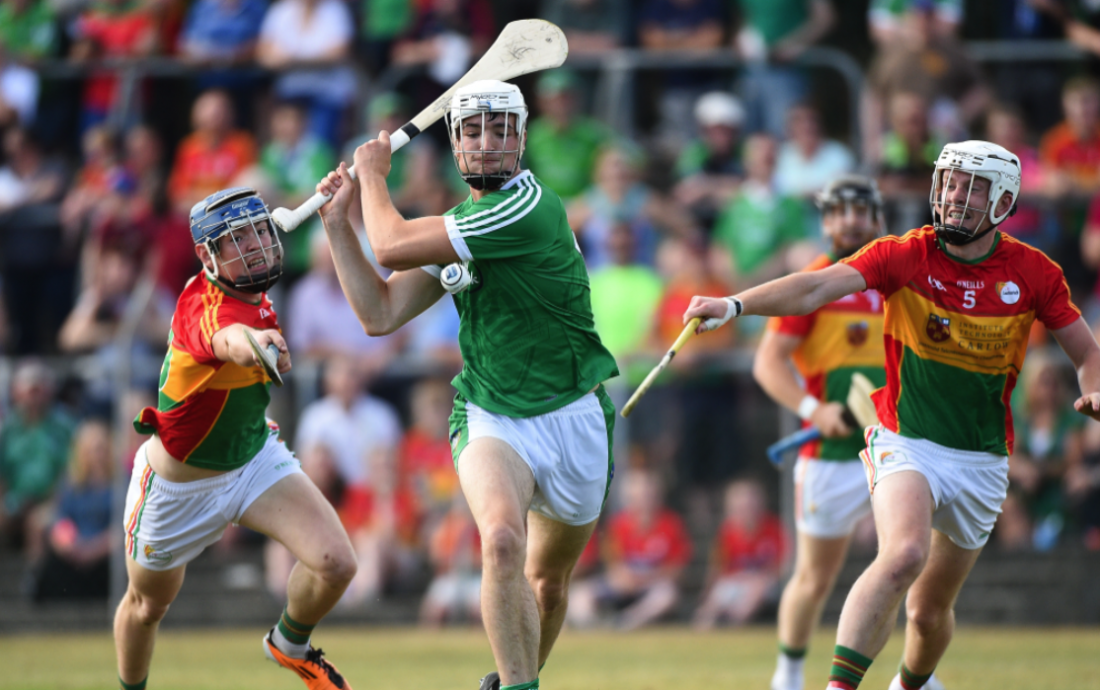 NO STARS HERE...Limerick may not have that superstar quality, but they have one of the most balanced sides left in the competition

NO STARS HERE…Limerick may not have that superstar quality, but they have one of the most balanced sides left in the competition

AND so there were six… it’s down to the business end of the championship now, the provincials are over and there’s no more second chances.

Of the six teams still standing, there’s not many who will argue that there’s not five potential winners in the frame – with Wexford struggling to make a strong case for inclusion in that particular category.

Sure, unbeaten Galway are deserved favourites but, as the past two games against Kilkenny has shown, they’re far from invincible, and any of Cork, Kilkenny, Limerick or Clare would fancy their chances on a given day.

Kilkenny, although fifth favourites in the betting, still have to be seen as genuine contenders. They have a huge task ahead of them this weekend against Limerick with their third game in 15 days.

The Cats did three weeks in a row earlier in the summer in the group stages when their winning run came to an end against Galway – but it wasn’t tiredness that beat Kilkenny in the Leinster Championship, or indeed in last week’s final replay.

Galway are a better side and just to prove that he is in fact human, Brian Cody got a few calls wrong on the sideline. That is worrying for the opposition, simply because it lessens that chances of it happening again any time soon.

Although rookie Billy Ryan shone in the drawn game, it was obvious from early on that he wasn’t going to have the same influence with Daithi Burke shadowing him and Cody should have moved him off the experienced defender.

At the other end, Galway half-forwards crowded the midfield and left loads of space for their forwards but despite this I didn’t think the quality of ball into the full-forward line was of great quality – or maybe they were trusted by Micheál Donoghue to win their own ball (which they generally did).

There’s no doubting the Galway have the best forwards in the country – and not just the starting six – as Conor Cooney and Jason Flynn were both on the bench for Sunday’s replay.

But while there’s plenty of cover up front, the same can’t be said for the backs where an injury or suspension could cause Donoghue a headache.

Despite the amount of new faces drafted into Kilkenny over the past two seasons, there’s still a fair amount of strength in depth and I would expect Cody to pull a few more players ashore from Sunday’s starting 15.

If Walter Walsh is still carrying the groin injury that saw him go off early on Sunday, Liam Blanchfield may get a start while Colin Fennelly and Richie Hogan, if fully fit, must be in line for a start after their performances off the bench in the replay.

Limerick were my pre-championship tip for the All-Ireland and despite Galway impressing, I’m sticking with John Kiely’s side. They lost to Clare in the last round of the Munster round-robin and that’s a defeat which may serve them well in the rest of the campaign, given the hype around of them being the number two team in the country.

They’ve had a decent break, and got back to action with a fairly routine victory over Carlow on Saturday. Kiely has put together a very balanced side. There’s no real superstars of the Joe Canning or TJ Reid ilk but what they do have is a serious strength-in-depth, with plenty of players who can come off the bench and do a job. Likewise, if Kilkenny decide they want to bottle up Cian Lynch on Sunday, then Paul Browne or William O’Donohgue takes over.

I’m expecting a seriously tight game on Sunday with Limerick prevailing by two to three points.

Saturday’s clash at Páirc Uí Chaoimh will be less of a battle of attrition. You’d expect Wexford to set up in the same way as they have been doing; sweeper cutting down the space in their own half and launching high balls down on their forwards in the early part of the game.

Clare, prior to the Munster final, looked – for the first time since 2013 – to be All-Ireland contenders, and it remains to be seen how much their confidence has taken a dent after their second half collapse against Cork.

Just as Cody was slow to make changes against Galway, the Banner management were a long time moving John Conlon outfield after Cork bottled him up in the second half. Shane O’Donnell also looked as if the confidence was draining from him as the second half went on.

And although it seems almost sacrilegious to even suggest it, but should Tony Kelly be starting at all? He looks a shadow of his former self and perhaps would be best used coming off the bench.

If Wexford get off to a whirlwind start that puts a bit of pressure on Clare, then they might have a chance of an upset, but I expect to see the Banner pull away in the second half as the game opens up. Clare by nine.