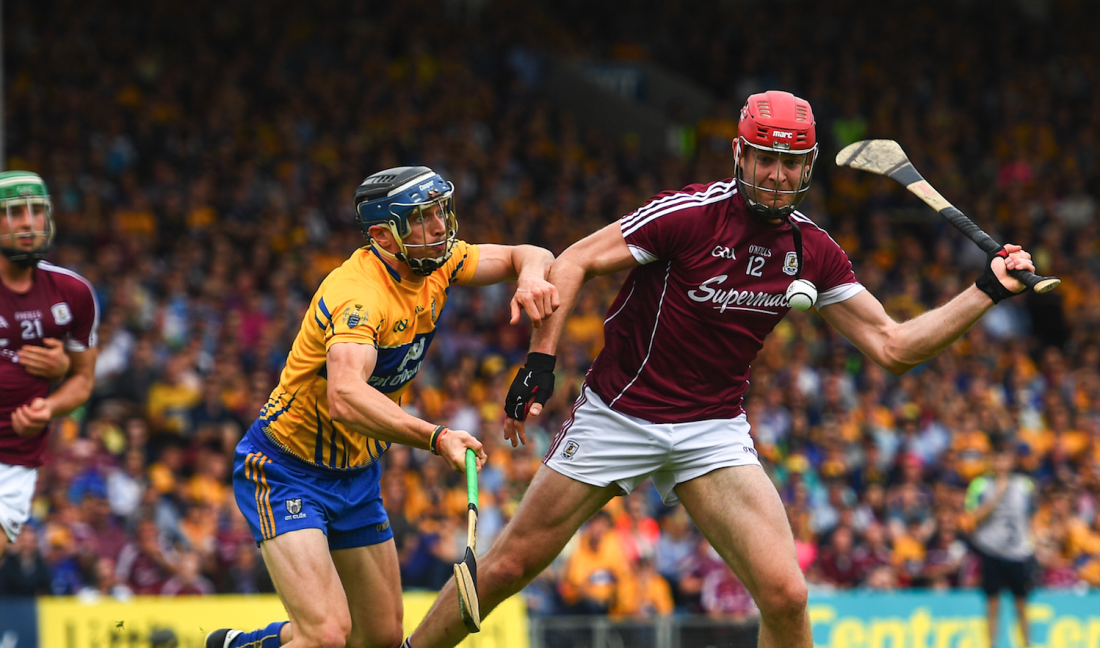 ANOTHER year, another unique All-Ireland final pairing… well almost… Galway and Limerick will meet for only the second time ever in the decider in less than two weeks’ time and for only the 12th time in championship hurling.

Had Clare got over the line – which they arguably should have done – there would have been a ‘first ever’ pairing for the second year in a row, but Galway managed to eke out victory by the narrowest of margins.
Predictably, the clichés were out in force about Galway’s performance, mostly variations of ‘it’s a sign of a good team that can play badly and still win’, while Clare ‘will be kicking themselves for letting this one slip’. And like most clichés, there’s a fair element of truth about them.

I predicted a Clare win last week as I felt that the Banner wouldn’t let Galway off to such a good start again and would therefore not have to expend the same amount of energy in the second and third quarters of the game trying to reel Galway back in. Amazingly, they did.

There has been criticism of the Clare management for starting Colm Galvin as sweeper – but really what could you expect Donal Moloney and Gerry O’Connor to do? Galvin’s switch to sweeper in the drawn game was the man reason why Clare were getting a second bite at the cherry.

They could have changed things a bit sooner than they did however when they realised Galvin wasn’t having the same impact on the game that he did first time round.
From the throw-in, it was fairly obvious that Galway were under orders to run at the Clare defence as opposed to launching ball after ball on Jonathan Glynn. While Galway were relying on their forwards to win their own ball the previous week, Sunday saw a more measured approach by Micheál Donoghue.

James Skehill’s puckouts were directed at the half forward line, crucially containing an inspired Joe Canning, facilitated by Clare starting with Galvin as sweeper which allowed Canning and Conor Whelan to drop deep, and along with Cathal Mannion and Conor Cooney, Galway bossed the middle third in the first half.

Meanwhile Clare did the opposite. Playing with the slight breeze, ball after ball was lumped in on top of John Conlon. I think he may have won one ball in the first half. The superb Daithi Burke has to be given credit for that but the quality of ball to Conlon wasn’t always the best.

As in the drawn game, it seemed to take a long time for the Clare sideline to change things. Clare created 19 scoring opportunities in the first half and converted 0-6, only 0-3 of which was from play. In the second half, Clare changed tack from playing long ball into a heavily marked Conlon to moving the ball at pace through the lines.

Then there was the Shane O’Donnell factor. Clare finally realised that O’Donnell was their man on form and started to feed him with the ball. He scored 1-1 but also set up Peter Duggan’s goal and a number of other scores, as well as Aron Shanagher’s late goal chance that came off the post.

Clare hit 19 wides over the 70 minutes, many of which were contributed to by poor shot selection and it would have been interesting had Shanagher come off the bench earlier.

The one player they need to find a role for is Tony Kelly. Hurler of the Year in the All-Ireland winning year of 2013, Kelly has struggled to hit the same heights since. His role seems to have been reduced to a few spectacular scores but just as often he’ll send the ball wide.

From a purely hurling point of view, it was fantastic to see yet another great game and the re-emergence of Clare in 2018 as genuine championship contenders once again. On any given day there’s a puck of the ball between Limerick, Galway, Kilkenny, Cork, Clare, Waterford and Tipperary.

And while the tone of this piece suggests that Clare should indeed ‘be kicking themselves’, the view that Galway played poorly but still won is equally valid.
They have not shown the same consistency as last year and have coughed up fairly healthy leads on three occasions in the championship so far.

But they had the leaders on the pitch to get them over the line and Canning in particular has to be singled out for praise. Pauric Mannion, Joseph Cooney, Daithí Burke and Glynn were all superb.
I stick by my prediction for this year that Limerick will win the MacCarthy Cup but it could be any of the above named teams next year.

While Clare are licking their wounds this week, 2018 has been their best year since 2013 and they have an age profile that can see them win another All-Ireland in the next few years.

During commentary last week, John Mullane referred to the 2018 championship as the championship that keeps on giving. With so many teams at a similar level, it’s poised to keep giving for a few more years yet.
comment@gaeliclife.com