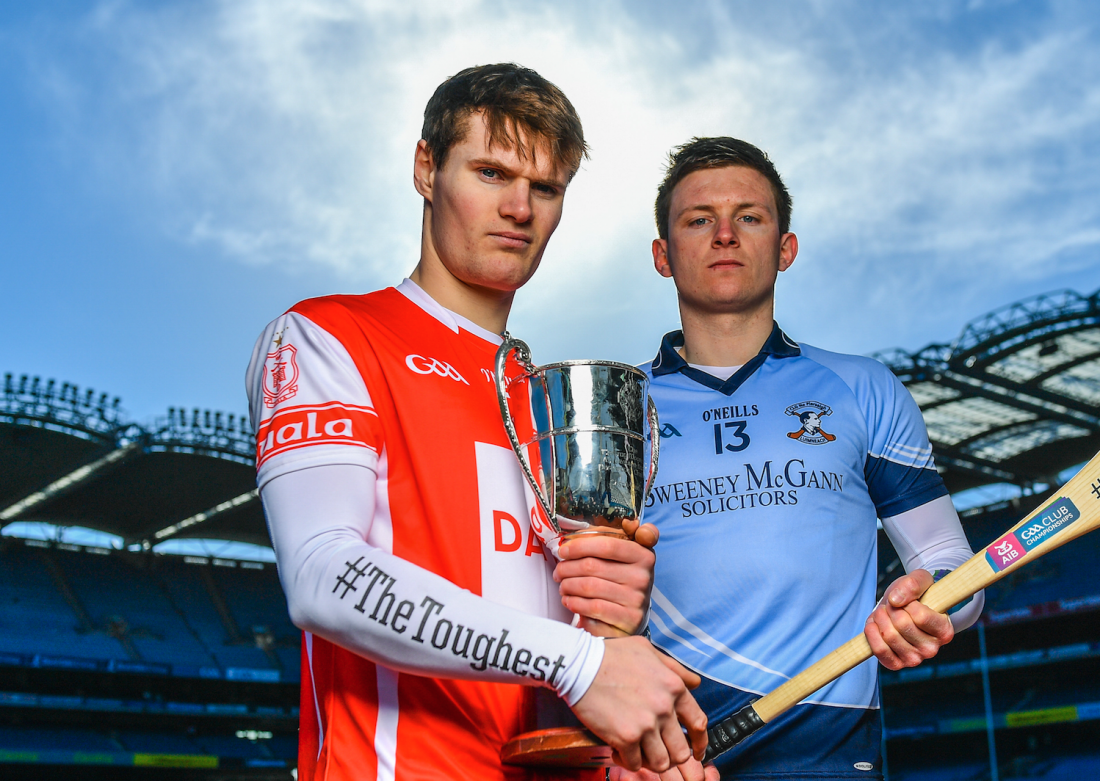 We know from previous experience that bigging up the All-Ireland club final with predictions of an end-to-end, score-filled nail-biter usually leads to large quantities of egg on the face.

The truth is that, despite some mouth-watering pairings, the decider has been a bit of a damp squib in recent years. For the winning team and their supporters, it’s always a day that will stay in the memory forever, but for the neutral it’s been a long time since there’s been a final worthy of the occasion.

The last three finals have been settled by double-digit margins and the average winning margin over the last 10 years is just under 10 points.

Until this year that is. It’s probably the most lip-licking decider since Ballyhale Shamrocks and Portumna met back in 2010 (and yes I’m aware that that particular final is also filed under ‘disappointing’ despite there being just five between them at the final whistle), but the meeting of Na Piarsaigh and Cuala is made to produce an a high-scoring attacking game.

It’s the first time in the history of the competition that the two previous winners have met in the final. In their respective county and provincial campaigns, Cuala have hit an average of 2-17 and Na Piarsaigh boast an average of 2-19.

The Dublin champions are likely to once again line out with a two-man full forward line of O’Callaghan and Nicky Kenny. That leaves plenty of space for that pair and O’Callaghan in particular to run onto the usually accurate delivery from the likes of Daragh O’Connell.

The problem for Na Piarsaigh is that Cuala supply O’Callaghan with regular quality ball, but even when they don’t, his pace and power ensure he ends up winning ball that he had no right to win and either converting himself or drawing fouls for easy conversions.

Indeed, spectacular scores aren’t the hallmark of the Dublin champions. The have pace all over the park, which Na Piarsaigh will struggle to contain, and coupled with work-rate, decision-making and fitness, they can usually work the ball into the scoring zone to pick off routine scores.

They have shown that they can play it both ways. Teams have adopted a physical approach against them, such as Wexford champions St Martin’s in the Leinster semi-final, but they have the fitness and class to weather the storm, and as against Liam Mellows in the All-Ireland semi-final, play around the sweeper when required.

Na Piarsaigh have been operating below the level of 2016. They have started slowly in games but crucially have come strong in the second half to blow teams away. In the first halves against both Ballygunnar and Slaughtneil, the Limerick champions looked for from unbeatable.

The Derry and Waterford sides have some wayward shooting to rue for there not being a far bit of daylight between themselves and Na Piarsaigh at the break, but in both games the 2016 champions finished strongly.

While Cuala have the ‘King Con’ factor up front Na Piarsaigh have six forwards who could all potentially be match winners on any given day. Shane Dowling will have benefitted from his return to action against Slaughtneil but the two suspensions will surely have an impact over the 60 minutes.

While Dowling will start in place of Conor Boylan and Mike Foley can come in for Tommy Grimes, a team can’t be completely unaffected by the loss of two All-Ireland u-21 medallists. Na Piarsaigh boss Shane O’Neill usually uses two, or maximum three, substitutions during games and against a team with the work-rate of Cuala on the Croke Park, that could prove a factor in a game that is so finely balanced.

The bookies favour Na Piarsaigh but I’ve tipped Cuala from the start and think they will be celebrating back-to-back victories come Saturday night. I’m also predicting that this one will finally live up to the billing and give the neutral a game to remember.

On the county scene, Antrim face their most important game of the year so far when they host Laois at Dunloy. It’s the third home venue that Antrim have played at this year and highlights the Casement calamity for both players and supporters alike. There’s no pitch in the county capable of taking two games at the minute so dual supporters will have to choose between hurling and football on Sunday.

The Saffrons go into the game on the back of a morale-boosting win over Offaly in Tullamore. The Faithful may have already sealed their place in the quarter-final and fielded an experimental side, but it was a welcome first group stage win in Division One for Antrim since April 2013.

Their relegation play-off against Laois on Sunday is, as per every game between these two sides, a tough one to call. Certainly Antrim are capable of victory and the most pleasing stat to come out of the Offaly game was that 12 different players raised flags, with just four points of the 2-21 tally coming from placed balls from Neil McManus.

The Cushendall clubman has shouldered too much of the scoring burden for Antrim and if they are to retain Division 1B status for 2019, they need a spread of scorers to step up on Sunday. Antrim by two.