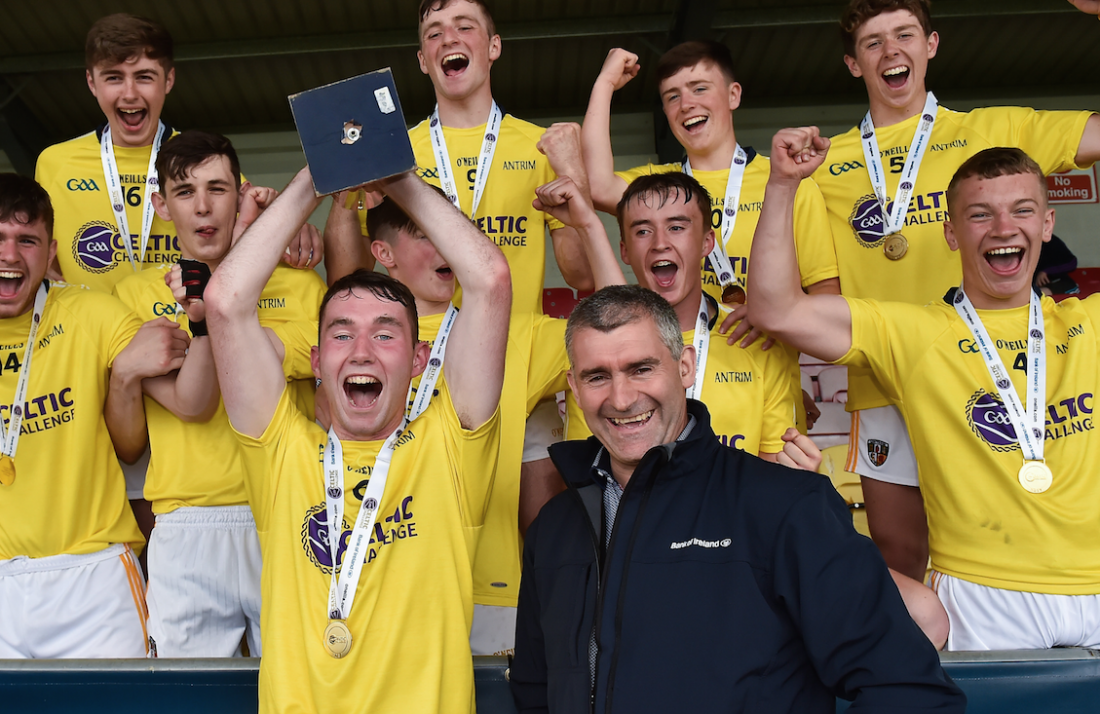 SUCCESS...John Martin said that the buy-in prove teams ensures that the Celtic Challenge is a huge success 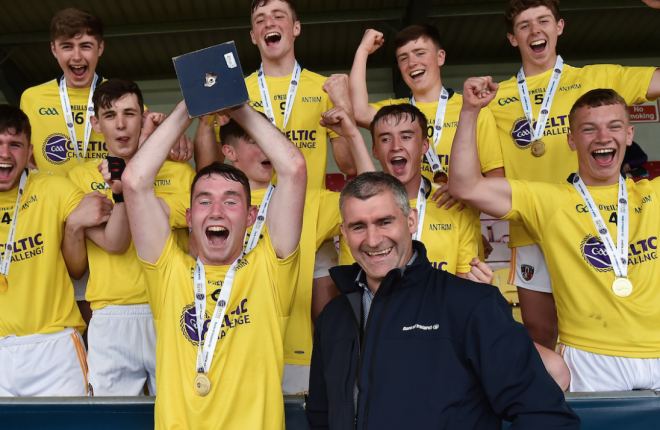 I took the opportunity to speak to Paudie O’Neill who completes his three-year tenure as chairman of the Hurling Development Committee in a few weeks’ time. I always like talking to the Tipp man. O’Neill is one of those gifted people with whom you can’t have a conversation without going away feeling full of energy and positivity.

Some people drain your energy; O’Neill on the other hand is like a human solar panel, effortlessly enthusing and invigorating the room. On Tuesday night the room in question was full of coaches, players and referees from the six northern counties who will be taking part in the 2018 Celtic Challenge. (The northern counties begin their campaign earlier due to the different exam timetable to their southern counterparts and so have a separate launch event.)

Croke Park committees are easy prey for the likes of myself but likewise, credit has to be given where it’s due. The past 2-3 years have seen the biggest changes to the hurling landscape in the history of the GAA.

Obviously there’s more work to do but the GAA can only handle so much change in one go, no matter how much sense it makes; and with the All-Ireland final now on 19 August, the introduction of a fifth championship tier, the changing to round robin formats of the Munster and Leinster senior hurling championships as well as the restructuring at minor and under-21, O’Neill can be proud of his committee’s achievements.

But what’s been the most satisfying success? Without a second thought he replies: “the Celtic Challenge”.

“Probably the most difficult thing to do in terms of hurling development is to get match opportunities for players. It’s relatively easy to organise seminars, workshops, coaching session but to actually pull the thing together as we did with the Celtic Challenge in all 32 counties and provide real, meaningful games is actually quite difficult.”

One of his key priorities at the start of his term was to do something to “lift hurling in Ulster” and, while it’s very early days in the project (the Celtic Challenge is now in its third year), five of the nine Ulster counties reached finals last year.

While that can hardly be classed as hard evidence of a rise in standards in Ulster, the competition as a whole has to be held up as a hurling success story. This year 42 teams from across the 32 counties incorporating 1250 players will play 135 games. A similar number was played last year and there was just one failure to field.

It’s not difficult to see why – and it’s something the CCCC at senior inter-county level should take note of.

“There is a training to games ratio of one training session per game. It’s time-framed – people know when it’s starting and when it’s finishing. They know they are guaranteed a certain number of games and they know that even if they lose all their games in the group stages they will be put into a group that is appropriate to their ability.

“I think a lot of its success has to do with saying, ‘this is the time slot that the competition will be played within’ and that’s really supportive of mentors as well. Mentors aren’t going into something thinking ‘this could turn out to be a 12-month commitment’.

“The more competitions like that that are inserted into the calendar the better.”

The HDC also provided a measured response to calls for more hurling games in the championship in response to the introduction of the Super 8 in football. There was a kneejerk reaction to the approval of the new football format, calling for a similar number of hurling matches to counterbalance the late summer football-fest.

“People said we needed more hurling matches. What we in the HDC said was that we wanted more games that are meaningful and attractive.

“So the number has increased from 22 to 29, an increase of seven, but what we are hoping is that those games will be attractive that people will want to go and watch rather than play 40 games that people don’t want to go and see.”

O’Neill didn’t see all his ideas come to fruition of course and admits that there’s challenges ahead.

“At club level we have to reconfigure the way we do things. You take a cluster of counties like say Cavan, Monaghan, Louth, Longford – they don’t have a critical mass of clubs within their counties to generate competition.

“Those counties need to cluster together and provide games opportunities. Between those counties you might get 16 adult senor teams and you should be able to get 16 adult intermediate teams. Being locked into the same structures that we’ve had for the last 133 years doesn’t make sense.

“There has to be a change to the mindset and changes to structure.”

The northern group of the 2018 Celtic Challenge begins on Sunday 4 March and runs until Sunday 15 April. The southern groups start on Wednesday 2 May and run to Wednesday 6 June with all quarterfinals, semifinals and finals on the 16th, 23rd and 30th June respectively.