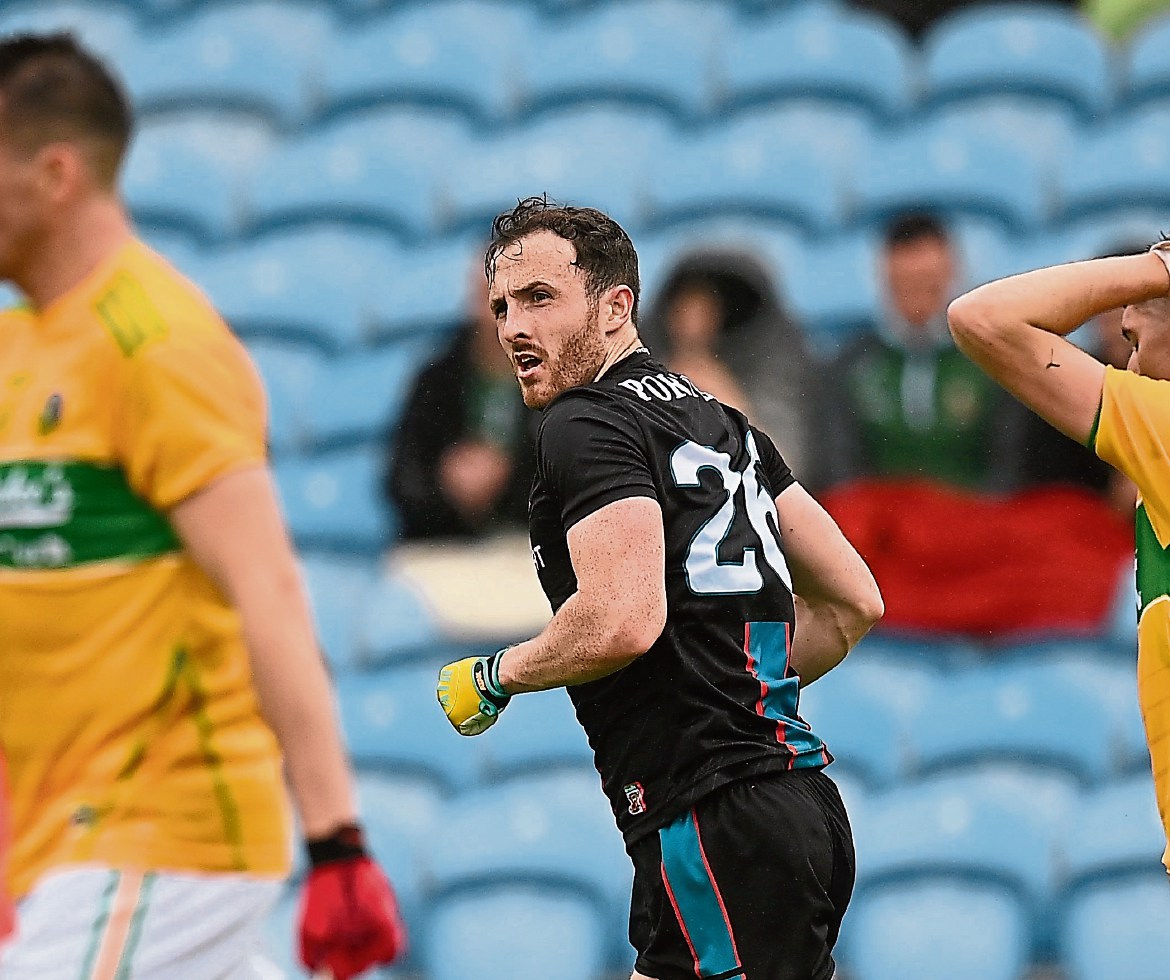 Mayo's demolition of Leitrim this year was a source of concern

THE vote at special congress last weekend was inevitable, and it points the way to the real solution. Option A was useless. So useless that it is hard to avoid the suspicion it was included only to encourage delegates to go for option B.

Option B was well off the 60 percent of votes needed, which was inevitable since it got rid of the provincial championships, which was a great idea for the elitist Dublin-centric GPA but not for us. We have a flourishing, dramatic, highly-prized championship. Why would we get rid of it because Dublin have no competition in Leinster?

Being Ulster champions is most young Ulster lads’ dream. It is highly competitive and sets the pulse racing. An Ulster final is an electrifying occasion. Even Arlene Foster was unable to resist. In Connacht, Roscommon, Mayo and Galway can win it in any given year. With option B, the provincial championships would have been demoted to a standalone tournament to start the season, with no incentive for winning.

This is mystifying, since the KellyMcGuinness plan contains a simple formula to do all the things that Option B sought to achieve (the league being the primary source for Sam Maguire seeding) while guaranteeing vibrant provincial championships would continue (at least in Ulster and Connacht) by giving the winners automatic seeding in the top 16. So, in 2020, Cavan would have been included. In 2019, Roscommon.

I would make one further tweak and it is this: To really give the provincial championship that final competitive boost, I would include a provision that a place in the Sam Maguire is set aside for the winner of the provincial championship, but that if the winner has already qualified via league position, then the runner up will take the place. If the runner up has also already qualified, then the place goes to the next placed team in the league.

This means that if Antrim (as in 2009) or Fermanagh (as in 2018) made it to the final, even if they were beaten, they would qualify for Sam.

I cannot understand why the Sean KellyMcGuinness plan was ignored. Had it not been it would almost certainly have passed. Option A was hopeless and was always doomed, but the reason B failed was because it effectively removed the provincial championships. Why on earth would the provincial delegates, the Ulster counties or Connacht counties vote for it?

The GAA needs to be radical, but it also needs to get this right. Everyone accepts that the current system is wholly dysfunctional, with the multiple humiliations in the most recent championship leaving all of us feeling not great about ourselves. We are unique. Because of our club and county allegiances and our amateur status, we cannot create an equal championship.

The only way to do this would be to redraw the county boundaries or to create super teams in each province where the best players from each county would be chosen for All-Star teams. Since this is not possible in our culture, we must concentrate on a core principle of respect for every county, allowing their players and communities to feel that they are a valuable and cherished part of the football championship. The Kelly plan achieves this, since it affords every county its proper respect.

It links the league, provincial championships, and All-Ireland series, incentivises every game, and establishes a serious second tier All-Ireland. The crucial thing is that there was must be guarantees written into the proposal that the second tier will be afforded exactly the same respect as the Sam Maguire.

From the semi-final stage onwards, the tier one and tier two games would be played at Croke Park on the same day, one after the other. The finals would both be played on All-Ireland finals day, one at 2pm, the other at 4pm. The finalists in both tiers would be treated in exactly the same way, with the same ticket allocations, the same perks, the same team holidays afterwards.

The prize of an All-Ireland final in front of 82,000 people, on live telly, for the Tier 2 finalists is enough to set any young man’s pulse racing. I would also have an All-Star team for each tier, both chosen at the same glitzy gala, both teams travelling abroad for the annual exhibition games and boozy holiday. We need to stop treating the smaller counties as second class citizens, mere cannon fodder for the Dubs and Kerry and Mayo. Why is a Leitrim or Carlow footballer less deserving of our respect?

The GAA should now focus on the Kelly plan, using it as the basic template and making tweaks that will improve it. The options put forward to congress were in turn hopeless and not bad. We can do a lot better than not bad. The Kelly plan is a lot better. There is an old adage that nothing radical happens in the GAA until it is voted down at least once. After last weekend, we know exactly what needs to be done. After 130 years, we can wait another year or two to get it right.