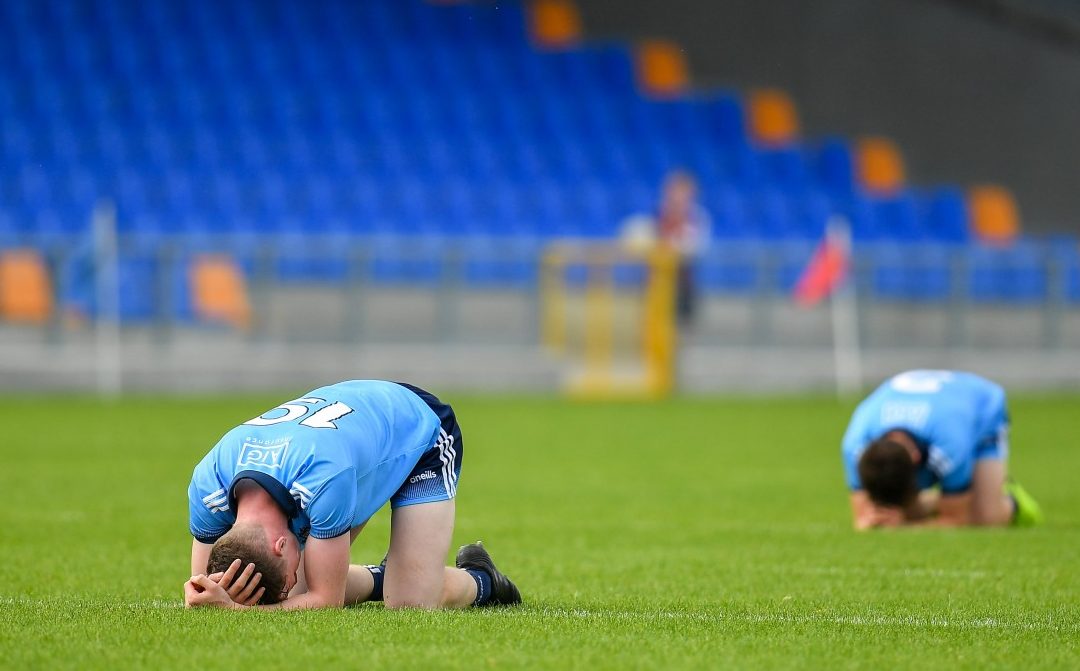 Our minors played in the Antrim A championship final on Sunday. It was a very important day for the St Brigid’s club and for the boys. The GAA is due at the upcoming special congress to debate whether to move club minor level back to under 17s, in line with county level. If that were to happen, thirteen of our squad from last Sunday’s minor team (including seven starters) would be too old to play. If that happens, the majority of them will drift away from the game, and never play again.

Participation, which is supposed to be the core of the GAA, already falls off the cliff when boys finish minor football. This is because there are no other proper competitions between minor and senior level.

The current club u21 competition is a championship only format that is more akin to a carnival competition, and takes around 6 – 8 weeks to run off from start to finish.

Only a very small proportion of minor footballers (roughly 15%) will make it through to senior level and without any other proper competitions, this means they are lost to our games from a ridiculously young age. There is no under 20 club league and championship competition, for example, something that would be easily achievable.

The evidence shows that the longer players play, and more importantly participate in their clubs, the more it becomes part and parcel of their lives.

If young players are still getting a proper schedule of games at u20 (or even u21 level), then as young adults, they are likely to want to play for the seniors, or senior reserves.

In due course, they will be more likely to give something back to the community as club volunteers. Put it this way, if I had not been fortunate enough to play for St Canice’s Dungiven at senior level for 18 years (from 17 to 35), and instead had been finished at the age of 18, the chances of me embarking on a life of volunteerism would have been extremely slim.

The current drop-out rate in Gaelic games is depressing and easily avoidable. In almost every sport, the landmark 2013 ESRI study shows that if a player continues to play until he is 20, then he is highly likely to play on until he is in his 30s.

Not in our games. In hurling and camogie, the drop-out rate from the age of 18 is 60 er cent. In Gaelic football, it is almost 75 per cent. Think about that. In an association supposedly based on participation and social cohesion, 75 per cent of our young men quit in their prime, because there is no strategy in place to create competitions which will allow them to continue to play on until their 30s. Instead, our lads go to soccer (where all levels of ability are catered for), or cycling, or triathlons or nothing at all. All of the above has been caused by the GAA avoiding the issue.

Look, for example, at the way over 40s teams have had to maintain a lone and losing battle to compete. Why should our players not be able to play recreational football until their mid or late 40s? After all, they can join an athletics club and compete until their nineties. Patsy Forbes, who played for Ardboe and Tyrone with distinction (and delivered the odd clatter to an opponent’s ear along the way), won silver in the world over 70s 100 metre sprint final two years ago. Mickey Linden, one of the truly great forwards in GAA history, continues to compete as a top-class sprinter at over 50s level. Hang around the gates of any GAA club on Saturday mornings and you will see thirty or forty lads in their cycling gear heading off for an eighty or ninety mile cycle, no prisoners taken.

Instead, elitism has filled the strategic void. Elitism has been allowed to run rampant, and has quickly made itself the sole preoccupation of Croke Park and of County Boards. Basically, the GAA’s administrators, the people who we entrust to ensure the good health of the entire GAA community, are being dragged along behind the elitist juggernaut. It has become so bad that when we hear Paul Flynn the GPA CEO say that the players deserve a bigger share of the pie, it almost sounds normal.

Kids as young as 11 are being brought into county development squads. Once they hit the development squads, the general experience is that young players begin to lose interest in their clubs. They are county players with county shirts now.

Since the move of county level to under 17 and under 20, we do not see those players at club level at all, save for a handful of matches a year. It is now an established norm that senior county players no longer play for their clubs until the county season is over, regardless of the fact that 90 per cent of counties are not competitive. Things are so bad that we now have a club players association, a howl of rage that should have put the leadership into a state of high alert. Instead, the GAA has used the only option known to it: To pretend it doesn’t exist, and hope for the best.

Sound familiar? Twenty years ago, in the player welfare void caused by the GAA hoping for the best, The GPA, a private, commercial association had to be formed t0 represent county players. The GAA hoped initially they would just go away. As their power increased, the GAA continued to hope it would go away. The results illustrate why hope and rhetoric are not widely used strategies. The upshot is that we’re paying the GPA €6.5 per annum and we have a highly commercial, self-interested body at the heart of the organisation, modelled on entirely professional lines.

County boards across the country are struggling under the burden of elitism, paying fortunes for county teams that have no possibility of winning anything.

The Fermanagh vice-chairman has said that their Board is close to bankruptcy. Last year, Derry paid more on our seni0r football team than the Dubs did. I know two county senior managers who got the job because they brought the sponsorship of the senior team with them. Large numbers of clubs are in debt, particularly in rural areas, where they are struggling to survive. Tim O’Leary, an English philanthropist with Mayo ancestry, gave €150,000 to the Mayo Board in January of last year. After eighteen months he still had not received any receipts or details of what the money had been spent on. His foundation now has €250,000 which it is refusing to give to the Mayo Board unless and until proper governance structures are in place.

The reality is that every penny that goes to the Mayo board, like almost every other county bar the Dubs, is swallowed up in the black hole that is the senior county team. O’Leary’s point is that nothing is being done by the Board to halt the decline of small rural clubs in the county. Instead, the senior squad absorbs it all.

The county boards have in essence become like the Board of Directors of any Irish league soccer club, performing more or less the same functions.

In Derry, for example, we have a paid Director of Football, who has no role with the clubs. Funding starts with the under 13 county Development squads and their coaches, just like Shamrock Rovers or Manchester Utd. The best are kept on, play for the u17s, then maybe the u20s and a few will make it through to senior level where they will train five or six times a week for no apparent reason, and large amounts of volunteers money is spent on large backroom teams poring over stats on laptops, computer chips in vests, meals on wheels, and a senior manager (usually from a different county) charging up to €50,000 a year under the counter.

Our governance needs to be radically reformed. Congress doesn’t work. One possibility is for the GAA to appoint centrally paid CEOs for each county. By reigning in needless spending elsewhere, and reducing the huge amount of money that goes each year to the GPA (who are a highly efficient international fund-raising machine well capable of coping with any reduction) this could easily be afforded.

Another possibility is to harness the thousands of high capacity GAA volunteers all over the country who are prepared to devote four or five hours a week to the cause.

My own club St Brigids is a good example of this. We are midway through our second ten-year plan and the club community is flourishing, on and off the field. The DG should gather an unofficial board around him from the highest places in Irish life to guide and advise him.

The core duty of the GAA is to preserve and enhance the social cohesion of the GAA. Any strategy needs to focus on participation. Which in turn means curbing elitism. Development squads are counter-productive. John Horan is right about this. He was keen to curb them but as yet, nothing has been done.

Time enough to go to the county (and abandon the club) when it is time to play in the minor u17 grade. Instead, the focus should be on coaching the coaches and increasing participation.

In Derry, in spite of the size of our annual grant, there is NO coaching in the clubs, with tiny but extraordinary rural clubs like Glack, Drum and Slaughtmanus being left to fend for themselves.

On any rational view, the National Games and Development plan has been a disaster. We are haemorrhaging young players in spite of spending tens of millions on this over the last twenty years. We need to ditch this and start again.

This money can be far better spent. As I have repeatedly said, these drop-in centres sponsored by SKY, which embody the fantasy that kids who are not from GAA backgrounds will wander in and start playing our games, are a colossal waste of money.

A starting point to stopping this lunacy, is to preserve the under 18 club minor grade. Reducing it by a year to facilitate an under 17 county-grade will be a terrible blow not just to the thousands of lads who will have their careers needlessly cut short, but to the entire GAA community.

When we look closely at what has happened to the GAA, it is becoming a pleasant fantasy. It reminds me a bit of Ghandi’s famous comment when asked what he thought of Western Civilisation. He said “I think that would be a very good idea.” The church was a good idea too, but look what happened to it after generations of cronyism, greed, self-interest and a failure to create strategies for the modern world.