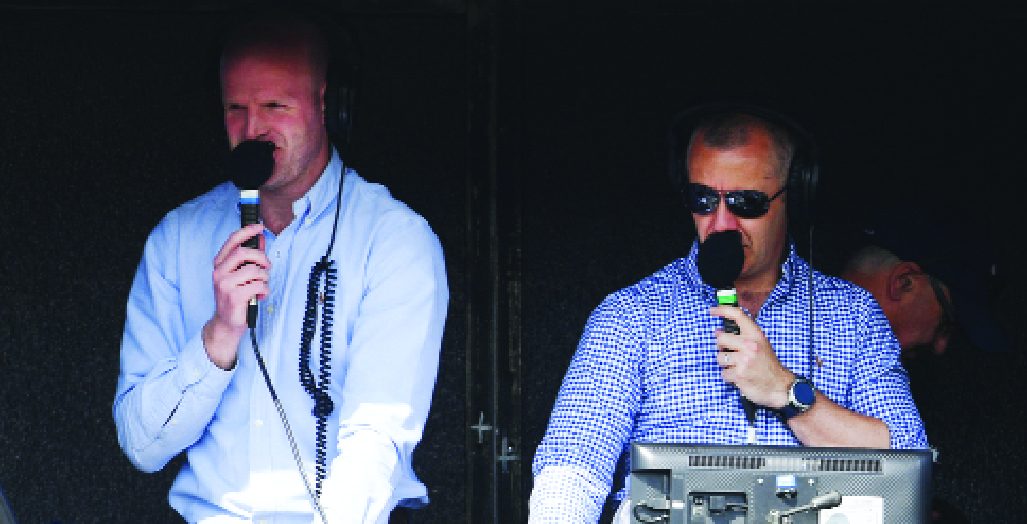 SOME citizens of the six counties are troubled. Why, they ask, are we excluded from answering – at €2 a pop – such ingeniously thought out quiz questions as: Is the All-Ireland football championship trophy called a) The Jamie Bryson Cup b) The Donald Trump Cup or c) The Sam Maguire Cup? Or: Are the current four in a row All-Ireland senior football champions a) Canada b) Timbucktoo or c) (with emphasis) DUBLIN.

The philosophical answer is that northerners are too well educated and would immediately know the answers to such questions as: Is Mickey Harte a) a so-called RTE pundit from Derry b) a singer/songwriter or c) Tyrone’s manager for life?

The factual answer is that Ofcom (the Office of Communications), which is the UK Government approved regulatory authority for broadcasting, forbids TSG competitions from being available in the North. This in turn is because the Stormont government failed to enact a simple piece of legislation to allow it. For God and Ulster and all the rest I suppose.

So, we discovered on Tuesday this week that SKY’s EXCLUSIVE SUPER DOOPER TROOPER SUNDAY coverage of the very entertaining Donegal v Meath game had a not so super dooper average UK audience of 1,000. That is not a misprint. It is indeed, one thousand, as in 100 multiplied by 10. I know what you’re thinking and you are right. It is quite a large audience for Dick Clerkin and his colleagues in the SKY morgue, but there is no accounting for taste.

At the time when the dirty deal was done, and TV3’s free-to-air matching offer was rejected, Pauric Duffy said it was for the benefit of the poor Gaels of the UK, a line that would have embarrassed even Boris Johnson, given that up until then, Premier Sports had been offering all the games to UK viewers for a mere £10 a month with no annual subscription needed.

Never mind our 10,000 neighbours and loved ones in Irish hospitals who can’t see the SKY games. Or our 110,000 neighbours and loved ones in Irish nursing homes. Or the more than 85 per cent of the Irish population who do not have SKY Sports. What of rural Ireland, the elderly, and those struggling to keep their heads and their family’s heads above water? It is a disgrace and the county boards of this country should hang their heads in shame, in the unlikely event they have any.

On the field, it was an excellent weekend of football. Roscommon and Tyrone kicked it off with a game that was competitive and interesting for long stretches. Tyrone are back into their ultra defensive 2017 formation, management having decided that this is the strategy that suits them best.

There was a time four or five years ago when this type of game-plan was extremely difficult to penetrate, but not since Donegal in 2014 has it worked on the big days.

Roscommon created two superb goal chances in the first half, carving Tyrone’s defensive zone open, and it was only by a mixture of luck and bad decision-making that two goals were not scored. Had they been, it would have left the half-time score (assuming the goals would not have disrupted Tyrone’s rhythm) at 2-6 to 0-8 for Roscommon.

This would have given them an enormous confidence boost and dented the frail confidence of Tyrone. As it was, Murtagh drove his shot too close to the keeper and Enda Smyth didn’t give the easy hand-pass to the far post for the simple palm-in goal.

Tyrone stretched the lead in the second half courtesy of Roscommon indiscipline (in total they scored five easy, close-in frees from dumb Roscommon fouls) but what they have to ask themselves is, would this be good enough against a better team? If Roscommon can create two gilt-edged goal chances what could the Dubs do?

What the Dubs can do was on plain view in Croke Park on Saturday evening. Statistically, no team has ever demonstrated such awesome scoring efficiency. Against Cork, who did very little wrong and at times played very well indeed, the Dubs scored 5-13 from play out of a possible 6-16. Incredibly, they did not take a single shot from outside the 30-metre scoring zone.

Compare this with Cork, who took 17 from outside and only two from inside. Their chemistry, intelligent use of the ball and their eye for the forward gamble is simply awesome. There are perceived weaknesses in the full-back line but we are still awaiting the day when someone exposes them.

Perhaps it will be Murphy and his men? Perhaps Clifford? A lethargic Donegal who looked as though they were starting to believe they are better than they are, were finally stung into action on Sunday when Meath went a point ahead in the 54th minute.

From that moment, we saw what Donegal are capable of. Murphy was of course stupendous throughout and at times looked as though he was playing in every position bar goalie.

Eoin ‘Ban’ needs to stop believing the hype and start knuckling down, or he will never be Jack McCaffrey and will end his days sitting on bar stools telling people what he could have won.

The forward line isn’t right yet. McBrearty is a superb forward but he won’t pass and that will not do against the top teams. Jamie Brennan also has selfish tendencies, as witnessed in his unbelievable selfishness when he blasted wildly over the ball when McBrearty was waiting on the far post to palm the ball to the empty net.

Ask yourself what would the Dubs have done? What would Murphy have done? Efficiency is critical and at this level, selfishness is disastrous. These two highly talented forwards need to cop themselves on before it is too late.

Also, Oisin Gallen looks the part through and through and I see no reason he shouldn’t be starting against Kerry. Donegal can only challenge for the biggest honour if they get everything right.

Clifford meanwhile holds the keys to the Kingdom, and this is not a metaphor. Watching every game at this stage, the question going through my mind is: How can they beat the Dubs? In Kerry’s case, it is all well and good beating a Mayo team that couldn’t beat Roscommon, could have lost to Down, and most certainly should have been beaten by Armagh.

The bottom line – as I have said before – is that they must reformulate the game plan around Clifford. If the kid gets early ball near the scoring zone, he will seek out and destroy, as he is completely and utterly unmarkable. The problem is that this Kerry team is fond of a good solo run, exemplified by Stephen O’Brien, Gavin Whyte etc, etc.

Each solo or bounce makes the inside forward run an extra 10 metres for the ball and allows the defensive cover time to retreat. Colm Cavanagh, for example, loves nothing more than to see a nice bit of solo-running in the middle third. By the time the solo run is completed, Colm is on the edge of the square and you can forget about a goal.

The Dubs have no one to mark Clifford. In fact, no one has. He is the Bomber Liston and Maurice Fitzgerald rolled into one. I suggest they start using him. With early ball, he would put the fear of God into God himself.

Finally, the senior manager’s position has come free in Derry. With a Tyrone director of football, a Tyrone u-20 manager and a Donegal minor manager, this was the last spot on the Derry managerial roster occupied by a Derry man. Now that they have given our soul away, they might as well give this one to a Tyrone man as well.