“WHO’S coming with me to the Derry match on Saturday?” I asked, injecting as much excitement into my voice as plausibility would allow. 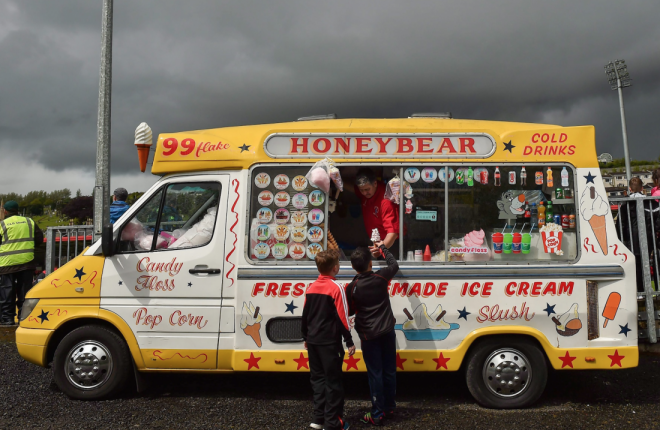 THIS ARTICLE APPEARED IN THE JUNE 16 EDITION OF GAELIC LIFE

“WHO’S coming with me to the Derry match on Saturday?” I asked, injecting as much excitement into my voice as plausibility would allow. Only the kids weren’t biting.

“Come on. Who’s coming with me? It’ll be fun.” Silence. “Come on boys. Granny’s making one of her famous dinners. We’ll get ice cream on the way home.” This caused a brief stir from the youngest one. I made one last effort. “We can go on the pitch afterwards and get the players’ autographs.” “Nah” said Rory. “They’re unwatchable. You only want us to go because you have to.” I felt a bit like Jerry Maguire in the famous scene where he gets sacked and begs someone, anyone to come with him. Thankfully, we have no goldfish in the house. Still, out of the mouths of babes.

They used to love going to watch Enda Muldoon and Paddy Bradley and Niall McCusker. In fact, bringing them to see Derry games when they were small was what really gave them their love of football. Anyway, no point crying over a ruined sport.

In Tyrone they have no such qualms. Sunday will see their most formidable group in almost a decade take the field for the next step in their challenge for Sam. You can be sure that no Tyrone youngsters will be crying off because they have arranged to “meet their mates” or are “cleaning the cat piss odour out of the carpet.”

Say what you like about them, but the inhabitants of the Independent Republic of Tyrone are an ultra patriotic lot. It turns out it was a masterstroke to model their county along the lines of North Korea. The schoolchildren all wear Tyrone jerseys and praise the Great and Glorious Leader at assembly. They are suspicious of outsiders and react violently to any form of criticism. Media bans and blacklisting of journalists perceived to be in any way critical are the norm. A satellite at Garvaghy blocks out signals from RTE, avoiding the contamination of innocent Tyrone minds by the excesses of the free state infidel. An entire generation of Tyrone children have no idea who Michael Lyster is.

Cavan played pretty well against Armagh, but this is a different level. Against Armagh they were able to make plenty of mistakes. Against Tyrone, one or two will be fatal.

Cavan’s forwards were making runs into dangerous areas the last day. On Sunday, there will be none of that sort of thing. With the caveat that this Tyrone team have yet to play at the highest level on the biggest days (I discount last August as they were still only learning their trade and the final would have come far too soon if they had beaten Kerry, as they should have) Tyrone’s defensive system is the best I have seen. Working the ball through it with hand passes is virtually impossible.

Cavan should play their two giants on the square and kick long early diagonal balls to them. This is what will seriously test Tyrone. Their full back is small. Their method for dealing with the aerial ball is for Colm Cavanagh to get back into that position as soon as Tyrone lose possession. This works because most oppositions don’t maintain a half forward presence and don’t kick quick long ball.
In the McKenna Cup against Tyrone, Derry belted in a series of long balls which caused absolute mayhem in there. We ended up scoring four goals and it could have been more. If Argue or McKiernan catch a high ball in that square they will definitely be dragged down. It is an automatic response from the Tyrone rearguard.

Derry were awarded two penalties in that McKenna Cup game and scored both. It is their one weak spot. With two big men in there, who from Tyrone can cover them? Unfortunately for Cavan, there was no sign either in the League final or their win over Armagh that this was a tactic under consideration.

Did you happen to watch Italy against Belgium on Tuesday night? The skilful, energetic Belgians methodically trussed up in Italy’s defensive web before being eaten.

They worked hard and at times furiously. Sometimes they found a tiny bit of space. But their doom was inevitable. From the eye in the sky, Italy’s perfectly organised defensive system, with a bank of five operating in perfect cohesion behind a bank of four, looked like a synchronised swimming team.

If a Belgian happened to get past the Italian midfield area with the ball before the two defensive banks were in position, he was simply dragged down or tripped. It couldn’t be a red because the culprit wasn’t the last defender. And when the yellow was flourished, the Italian manager simply substituted the offender, patting him on the back as he took his place on the bench, beaming from ear to ear at a job well done.

The first goal was enough. A bit like say Donegal’s goal against Fermanagh last Sunday. Once they were five up, it might as well have been 15. A bit of keep ball, a massed defence, and the laws of physics took care of the rest. So, Italy invited the poor old Belgians on, fouled and smothered them, drove them wild with frustration, then finished them with a second goal on the break.

A decade ago we would have said “They are a disgrace. Thank Christ Gaelic football isn’t like that.”

Now, we admire their efficiency and say “That’s what it takes to win.” Interestingly, it is also what it takes to put many people off the game entirely. Things are bad indeed when Granny Brolly’s dinner can’t move them.
comment@gaeliclife.com