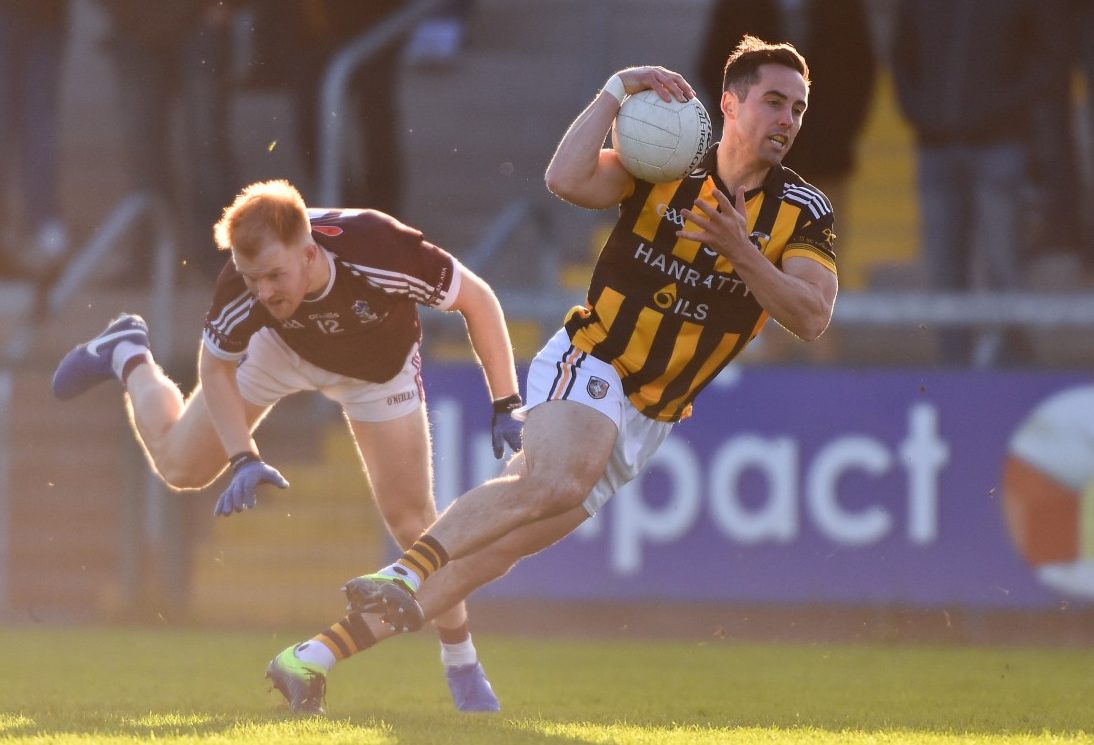 THE All-Blacks v Ireland on Saturday morning was another test of scientific pseudosport v real sport. Ireland had the benefit of a motivational talk beforehand by Enda McNulty (author of “Taking a Tin Opener to your brain”) and four years of preprogramming by Joe Schmidt, who makes the boring priest in Father Ted sound like Peter Kay.

“Hopefully the guys are able to visualize the process and when we work through the phases on matchday, their ability to enact that process is automatic.” “ Fascinating point Joe, can you put that in simpler terms for our viewers?” “ Of course Darragh.

What I’m trying to get across is that what any player needs is a mind-map of what the map-creator is contemplating when they break down the potential inputs for a pass.”

Tommy Bowe told me once about Ireland training under Schmidt. How they would spend hours and days studying a chart with a move, then walking through that move. Then jogging. Then at speed. Then with opposition. So that the players were mere figures on a chess board.

“It was unbelievably boring Joe.”

Which seems to have rubbed off on Tommy to be fair. In due course, Ireland became one of the most boring sports teams in the world, cheered on by super fans in the media.

Before the match, Steve Hansen the All Blacks coach was asked how he would deal with all of Schmidt’s scientific planning. He smiled, and said: “You can’t plan for everything that happens in a game of rugby.”
The teams’ warm-ups were instructive. Ireland warmed up with a series of complicated drills, overseen by several whistleblowing coaches.

The New Zealand boys meanwhile jogged about their half of the pitch slinging passes to each other and chatting.

As Paul Rees of the Guardian newspaper put it, “Therein lay the difference. The AllBlacks coaches watched from afar, as if taking a mere passing interest. The difference between school and university.”

This is the crucial point. The false science that pretends to guarantee success turns emerging talent into obedient children. Deviation from the system is unacceptable.

Spontaneity, adventure, imagination and creativity are soon lost. Players who cannot hack a Joe Schmidt style regime, who get bored and frustrat-ed and depressed by it, are discarded.

It is football from the laptop, for the laptop. I watched Schmidt as the game unfolded, in those ridiculous situation rooms they all sit in nowadays, tapping robotically on that laptop, and thought of Eamonn Coleman and Brian McEniff shouldering each other in front of the dug-outs, the crowd roaring as they went at it.

Anyway, he sat there tapping away as the Irish team contemplated the malfunction of the map creator’s mind-map. Meanwhile, New Zealand were playing the game, on the cuff, off the cuff, with glorious self expression borne of a culture of playing the game to its fullest limits.

Simply put, All-Blacks are treated like adults, so they behave accordingly.

Of course they have tactics and strategies, but these are guidelines. Beyond that, it is up to them.

So, they are alert to all the possibilities of the game. More than that, they relish playing the game. They love it, because they are allowed to play it to its fullest potential.

An audacious chip and run. A beautiful kick to the sideline to a team-mate.

Magnificent mazy solo running then a perfect long pass or maybe a mistake. Then, the game becomes something special: something mysterious and surprising and delightful.

Something that makes us shake our heads and laugh out loud.

The whole point of sport is to inspire us. If it doesn’t do that, it becomes more or less pointless, like watching blanket defensive Gaelic football, or sending your children to coaching days to learn the triple transition blast-off or the multiple re-start transition.

This reduction of Gaelic football to a computer program and development squads has done what Joe Schmidt has done. It has turned a generation of footballers into drones in a beehive, performing hum-drum tasks over and over. It is striking that the great teams do not subscribe to this pseudo scientific nonsense.

Dublin go out and play with flair and adventure. Con O’Callaghan, Jack McCaffrey and the boys take risks as a matter of course. It is no coincidence that they have just completed five in-a-row, playing mostly against teams who no longer know how to play the game.

Like the All-Blacks, they play the game as they see it, adapting on the field and playing with creativity and courage. After I wrote a column about this sort of stuff last year, I got a text from one of the great Dublin players from that team saying: “Enjoyed your scientific gobbledegook piece today Joe. I cannot believe fellas are getting paid to coach this crap. F*** me. This is what’s wrong with the game… Pathetic.”

Likewise Corofin. Risk taking and self-expression is normal for them.

The corner-backs will often pop up to score a goal. They enjoy conjuring and solving and playing. In turn, we delight in watching them, whether we are from Corofin or Dungiven or Enniskillen. Again, it is no coincidence they are the kingpins of club football.

Or take Crossmaglen. I went to the Armagh county final on Sunday. Approaching the last quarter, they went six points behind after a goal from Ballymacnab’s Jack Grugan, who tortured them this year and last in the final. In the next 10 minutes, Cross scored 1-9, blitzing their opponents with a dazzling array of scores from backs, midfielders and forwards.

Like the All-Blacks, or the Dubs, or Corofin, come the business end of the game, they look as though they have extra players on the field.

In the end, great teams, and great sport, is the product of treating players like adults.

PS Tin openers are for tins.