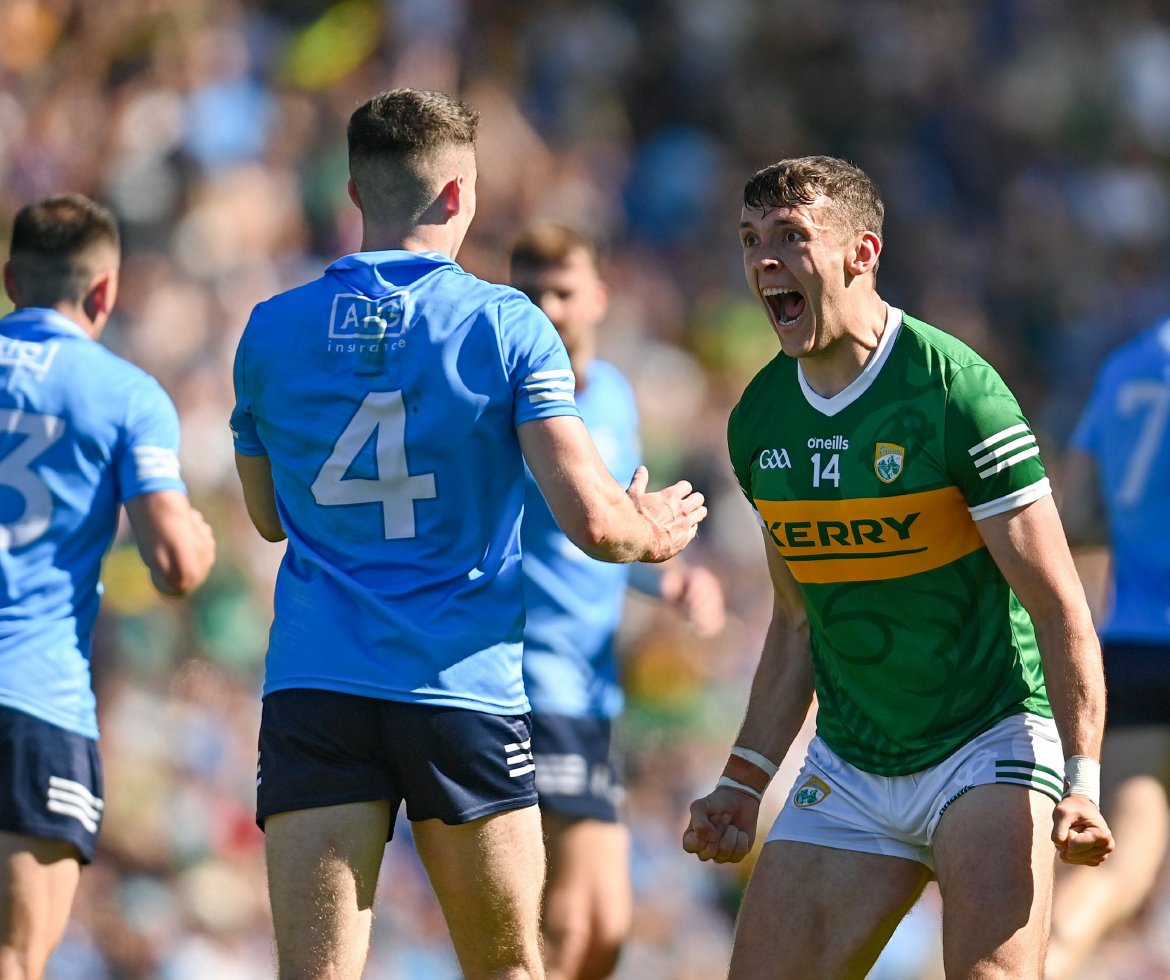 ON THE CUSP...David Clifford is having another sensational season with the Kingdom and is one game away from winning an All-Ireland

THE Dublin empire has fallen, replaced by a democracy of flawed challengers. Tyrone came out of the blue to win it last year. When they did, it was so mentally overwhelming for them that they were unable to recover in time to defend their title. They were a ghost team this season, walloped by Derry and then Armagh. Everyone said, “How the f*** did they win an All-Ireland?”

Before the Dubs came along, this was normal. Teams went up and down, and All-Ireland winners were unpredictable. Last year, Tyrone stumbled through to the semi-final where a flawed Kerry team were heavy favourites. Tyrone suddenly found their groove. Composed and ferocious, they played with authority and conviction, defeating David Clifford, before sweeping hot favourites Mayo aside. “You must have been delighted to get Mayo in the final?” I said to Kieran McGeary at a function in Cargin over Christmas. “No comment,” he said.

The post Dublin era mayhem has continued this year. Galway beat Mayo by a point in a game where Mayo only played for ten minutes. Roscommon peppered them but most of the pepper went wide. A basic, indisciplined Armagh team almost beat them. In the semi-final, if Derry had played precisely and kept their composure, as they had done throughout the championship, we would have been 0-7 or 0-8 to 0-0 by the 20th minute and the game would have been over.

Do not forget that Galway did not get their first score until the 22nd minute, a point. They were fortunate that Derry, having played with precision and absolute control until that day, were overawed by their first big Croke Park game. Also, if Derry had instructed the sweeper to play in front of Comer instead of out in no man’s land in the centre half back area, we could still have won it, since only Comer was given any freedom. His 2-2 was crucial since no other Galway player could score. Derry may have stank the place out, but with a few adjustments we could still have won.

You could make a strong case against either finalist. Kerry do not have a top class forward line, rather they have David Clifford, with Sean O’Shea on the frees. Clifford’s 0-6 against Dublin was the critical contribution. Without him, they would have been well beaten by an ordinary Dublin team. Even with him, they won only because Dublin botched it. By the 45th minute, with a scoring breeze at their backs, the Dubs were only a point behind.

A few years ago, that would have been curtains. But Dean Rock is only a free taker now and with Kerry not fouling, there were no frees to take. The Dubs have no full-forward line. Their defence is uncertain, with Jonny Cooper at number six suddenly a liability. Midfield is mediocre. The subs came in and did their own thing. Yet it still took a miraculous last-minute free to win it.

Kerry did not play with any conviction or authority. Instead, they depended on Dublin losing it. Against Tyrone last year, we saw that they wilted, lacking the conviction and mental strength to beat the Northern upstarts. Only Clifford brought the fight to Tyrone, his eight points keeping them in it. But when he was injured by a hospital pass and had to go off, Kerry were done. Their midfield is not good. Their starting midfielders have been replaced in two championship games already. David Moran is still the best of them but he is no longer able to stick the pace. Their defence is strong, as they showed against Dublin in that second half when they stripped and turned over Dublin players seven times in the second half when they tried to come through the middle.

Also, they do not foul, which will be crucial in the face of Walsh’s free kicking brilliance.

My feeling is that Kerry are trying to convince themselves they are good enough. I emphasise the word ‘trying’. They have not been clinical enough to date and have lacked the conviction of winners coming down the stretch. So, it was entirely a matter of chance that they beat Dublin, who really should have put them away. Another thing to consider is that against Dublin, they were underdogs, whatever the bookies said. On Sunday, like last year’s semi final against Tyrone, they are heavy favourites, and this is a burden only the best teams can lightly carry.

Galway meanwhile have a good, patient, well organised defence, a keeper who suffers from High Ball Traumatic Disorder (HBTD), an excellent midfield and a decent forward line. However, Paddy Tally will surely persuade Jack O’Connor that Damien Comer must have a sweeper standing on his toes. Derry made Comer look like a world-beater, which he is not.

Walsh is very talented but not a team player and throughout this championship has made poor decisions. He has poor positional sense and was anonymous in the Armagh or Derry games. On the other hand, if he is given freedom, he can do wonderful things. Kerry will not give him freedom.

Both teams are fragile. Kerry will want to blow Galway out of it early on, so they can breathe easily and put on a show.

Galway will play defensively to prevent that happening. If the game is tight going down the stretch, will Kerry have the mental strength to overcome a composed underdog? 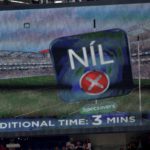 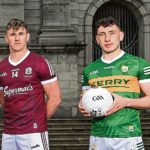