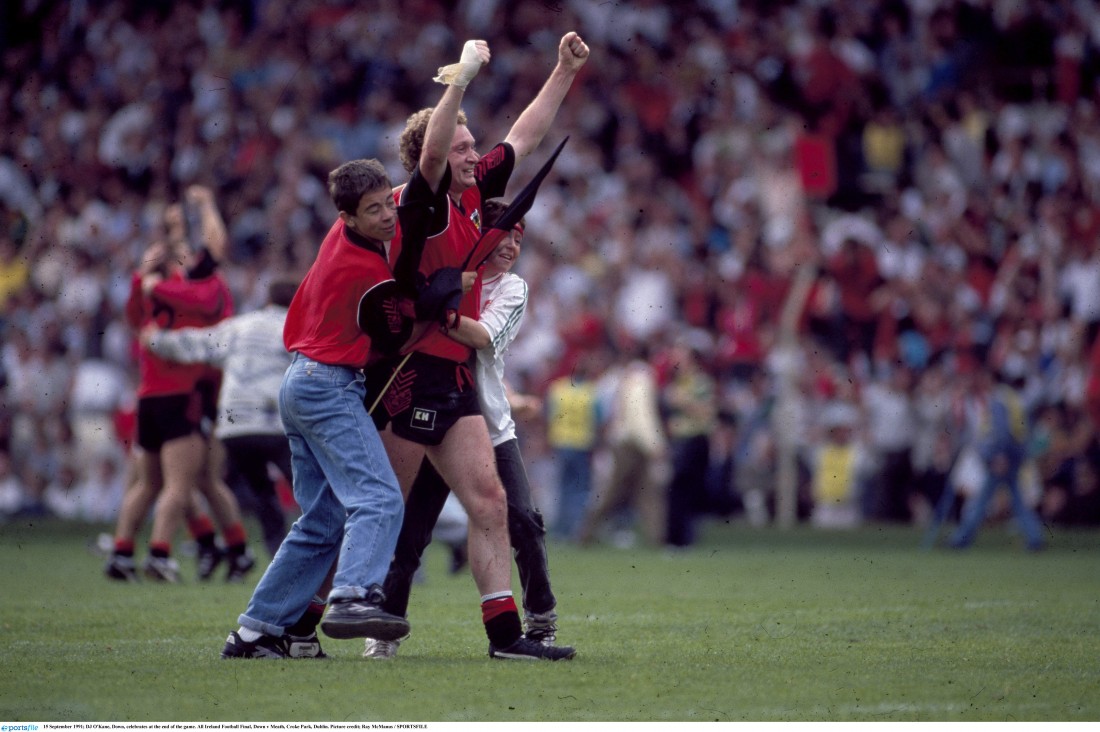 SAM Walker, the editor of the Wall Street Journal’s sports section, is a sporting geek.

He spent years researching what makes a great team tick, going back through a century of statistics and records. He eventually settled on a list of sixteen teams that were, on all logical criteria, the greatest teams in history.

Then, he set about finding the common denominator. What is the secret? What he discovered surprised him and will surprise the reader. It wasn’t that the coach was outstanding (sometimes he or she was). Or that there was an untouchable MVP (sometimes there was). Nor was it the culture at the club or country. Or that they had the best talent.

In the end, there was only one common thread: It was that each of these great teams had a pig as its leader. A captain with abnormal drive who didn’t care about publicity or the fans or the media. A captain who inspired not by words (none of the captains of these dynasties made motivational speeches) but by conspicuous effort, regardless of how unimportant the occasion. The Captain Class is a fascinating, exhaustively researched piece of work.

One of the teams that made it into the top 16 was the New Zealand rugby team of 1986-1990, who went undefeated in 49 straight international rugby union matches in this time, including demolishing the field at the 1987 World Cup. Their leader was the very modestly talented Wayne Buck Shelford. In an international against France in Nantes in 1986 (New Zealand had already won the series), the French were baying for blood.

As the French team come down the tunnel they can be seen headbutting each other in a fury. One of them headbutts the wall until blood is flowing freely from his forehead.

Early on, Shelford was kicked in the face while on the ground knocking out three of his teeth. He played on. Just before half time he was knocked out cold with a diving head butt. A few minutes into the second half, he was kicked hard in the privates. Again, he played on. The tougher the game got, the more he thrived. As Walker puts it “The carnage had driven him to play harder.”

Afterwards, as they trooped into the dressing room, one of his team mates said “Holy Shit, look at that.” Shelford looked down to see that his scrotum had been torn open and one of his testicles was dangling down between his legs. Asked about it years later, he said “The doctors packed it all away and everything still works. I didn’t realise testicles were so big.” His certainly were.

Shortly after that game, Shelford was made captain. They didn’t lose another match until he was gone. He was relentless. In a 1989 test v France, the All Blacks’ Murray Pierce got a bad gash to his face that obviously needed stitching. As he walks towards the sideline, Shelford can be overheard on the TV monitor ordering him back. “No medical attention for these men” Shelford loudly tells the referee. “You’ll take the pain when you’re with the All-Blacks” he says to Pierce, who goes back to his position and resumes, blood flowing down his face. Asked after the game about it, Shelford said “He’ll survive.”

In the fifth game of the 1991 first round series against the Indiana Pacers, Boston Celtics Larry Bird, their leader, dives for a ball and smashes his face badly off the parquet flooring. His cheekbone was smashed in three places. He is led off the court, clearly dazed and the Celtics hopes go up in smoke.

Five minutes later, he comes back on and with his face distorted and heavily swollen, he leads the Celtics to an incredible win, scoring 32 points. When the Celtics players turned up to training, Bird was already there, doing laps or shooting 3 pointers. They went to the well because they saw their leader doing it. The great Barcelona team of 2008-2013 also makes the list. During this period they won 92% of their matches. Their captain was… Can you even remember? Carlos Puyol. He was a moderately skilled player, who regularly played through injury. He broke his cheekbone and played through it.

The physios at Barcelona made him a mask. In a La Liga game in 1992, he was badly cut and raced to the sideline, grabbed the staple gun and looked as though he was about to stitch himself until the doctor intervened and did the job for him. Puyol ran straight back on and afterwards described the incident as “nothing.”

A few weeks ago I told the story about Peter Canavan in an All-Ireland quarter final against Fermanagh, berating Owen Mulligan in the changing room afterwards because Mulligan had opted for a point when Canavan was at the far post waiting to palm the ball to the empty net. Tyrone were 18 points ahead at the time.

Mulligan was shocked as Canavan roared at him. “What the fuck are you playing at? If the goal is on, give the ball. Don’t ever do that again.” Mulligan didn’t. Tyrone would never have won the All-Ireland without Canavan. Mickey Harte knew that, even playing him on one leg in the 2003 final. Similarly, Puyol, Roy Keane, Shelford and all the others had a demoniac will to win regardless of how unimportant a game was.

Henry Downey had this quality, as did his partner Johnny McGurk. In Johnny’s case it was a McGurk family trait. Once, in a ferocious hurling championship game between ourselves and Lavey around 1992, Colm his brother – all 5’ 5” of him, began the game by lashing Brian McGilligan across the knees with his hurl. McGilligan roared in pain and battle was engaged. Just before half time, Colm put his hand up for a ball and McGilligan lowered the blade, sweeping his hand and breaking four of Colm’s fingers.

Colm got into the big man’s face swearing and spitting, eyes blazing with fury. After the melee, the half time whistle. When McGilligan went to take his place for the second half, there was Colm waiting for him, a bandage wrapped around his broken hand. Once, when Johnny had retired, I was playing in a league game against Lavey over there. I lobbed the keeper, stopped to remind him of how ridiculous it was of him to dive low when I was clearly intending the lob and tousled his hair as he got himself off the floor.

Just as I turned, I got hit in the face with a handful of sand, blinding me. It was Johnny, screaming at me and ready to fight. We are very good friends and yet when we talked about it on the phone a few days ago he said “I would do the same again.”

Johnny and Henry were the dogs of war of Lavey and Derry, driving both to All-Irelands and many other titles. Relentless, unreasonable, uninterested in the media or their reputations, possessing unfillable souls. Without them we would not have won what we did.

Downey was our Roy Keane, rejecting bullshit in all its forms and inspiring us to go beyond our comfort zones simply by seeing him doing it session after session, game after game. “He’s insane” I said to Johnny. “He is” said Johnny, “and it takes one to know one.”

Bill Russell captained the fabled Boston Celtics of 1956 to 1969, during which they won 11 NBA championships in 13 sessions, including 8 in a row. Before he arrived, this man who nearly didn’t make it to the pros at all so limited were his skills, they hadn’t won even one. They had no superstars. None of their players during the run even finished in the top ten scorers.

During the streak, they played in ten deciding Game 7s and won all of them. For 13 years, they dominated the game like never before or since. Russell – who wasn’t a scorer (averaging 15 points per game), despised the media, disliked the Boston fans, wasn’t eloquent, never gave team talks and concentrated on defending and rebounding – retired in 1969. The Celtics promptly collapsed.

Players respond not to speeches from the manager, but to what they see and feel from the team leader. Down would never have won their 91 and 94 All-Irelands had it not been for Wee James McCartan, who pulled them through when they were most at peril. The 1991 final v Meath. In the 1994 game against us they were gone and it was he who turned the game with that impossible score. He was, like the great leaders, relentless.

He told me “Every team talk we had, Pete went out and then the real meeting started.”

The captain of that team was DJ Kane, a snarling monster with a blonde perm like Dolly Parton.

He was a controversial choice since he was regularly sent off, didn’t conform to the idea of a well loved, well behaved captain, had run-ins with most of his team mates at club level and generally didn’t give a damn what they or anyone else thought of him.

As he was overheard to say after Pete McGrath had finished his decorous, sporting pre-match team talk in 1994 and left the changing room, “Lads, never worry about that shite.”

One thing that emerges is that motivational team talks are worthless. Pepe Guardiola rarely even enters his team dressing room before a game. Jim Gavin doesn’t give a talk. The steward who has guarded the Dublin dressing room door for the last decade on finals day, told me once “I never once heard raised voices or a speech. It’s like listening to people chatting in an office.”

Like all of the great teams, the team solves the problem on the field and at half time, perhaps sometimes with some insightful assistance from the coach.” As the very shy Larry Bird used to say to the coach “Trust us. We’ll get the job done.”

We see the same thing in Cluxton. He dislikes the media and personal attention, is a bull shit free zone, trains harder than any of his team mates, shies away from speeches and leads only by example. After their miraculous break through win in 2011, when he had nailed the winning free, he went straight into the changing room and sat alone as the team did their victory laps.

The secret to winning is not what you think it is. There is no formula to achieve it. No sports guru can transform you into winners.

Simple as it may seem, you need to find a pig.