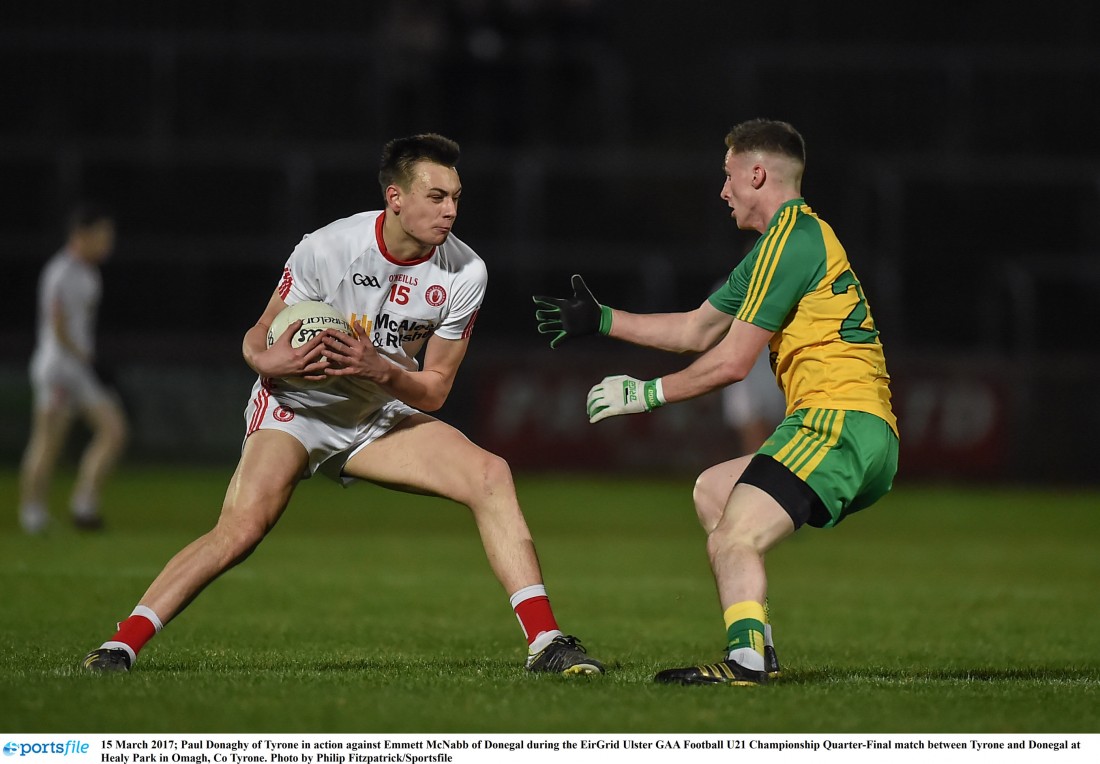 WHAT a sickener for the free-staters. Michael Martin ought to be ashamed of himself, permitting himself to be made look like such a fool. He is the boss, and he needs to start acting like one.

Terribly galling for southern Gaels to watch vibrant championship games in the North on TV, with 500 spectators creating a terrific atmosphere. Meanwhile, they are playing their big club games in ghostly silence in empty stadia.

At the weekend, Dungannon Clarke’s had the country on the edge of our seats, their 250 spectators creating enough noise to make it feel as if the stand was full.

How Edendork must rue losing Paul Donaghy, who for the umpteenth time in this campaign did his Maurice Fitzgerald impression, kicking extraordinary points from scarcely believable angles with both feet, nonchalant as Mr Miyagi with a blindfold on, catching a bluebottle with his chopsticks.

It is one thing to have the skills to do this. But it is quite another to do it consistently in the white heat of battle.

The talk of him being a fancy Dan has evaporated. Mickey Harte was watching as the action unfolded. Peter Harte or Paul Donaghy? It is, I suppose, a philosophical question.

What a game and what a finale. I have to say though, a Dungannon victory felt right. From a long way out, they were the more convincing team. Errigal meanwhile felt like lightweights, playing well but not going to the well. It is a problem that has dogged them since the greatest of them all hung up those aristocratic boots.

It was a great pity his son Darragh was not able to play at the weekend. He will have a huge responsibility to bear in the coming years.

Sport is coming alive everywhere, except on Michael Martin’s watch. I have been watching the Tour de France peloton flying through French mountains and valleys at an implausible speed. The Alps? Easy peasy. The Pyrenees? Don’t make me laugh. They seem barely out of breath, tipping along at 60km per hour.

As we used to say, bodies like Bi-afrans. I am reminded of L’Equipe’s line when Chris Froome won his first Tour. “It is the first time the Tour has been won by an x-ray on a bicycle.”

Lining every stage, there are huge, hyperactive crowds jumping and clapping, waving flags and running along beside the cyclists wearing chicken costumes, lunatics in Napoleon Bonaparte costumes waving play swords and even the odd flasher.

On Tuesday, I watched Adelaide v Hawthorne’s live AFL game from The Adelaide Oval. The stadium holds 55,317 people. Due to covid, the capacity all over Australia has been reduced by 25 per cent plus 1,000. The Oval’s audience has therefore been reduced to 10,000. The seats are marked out and in the manner of an examination hall, no one is sitting beside anyone and the spectators are two metres apart. Their system – based on logic – is working very well.

Last weekend, while Tyrone’s highly entertaining semi-finals were being played out in front of their impassioned tribes, a televised Mayo Championship semi-final double bill was played at an empty McHale Park.

McHale Park holds 25,369 spectators. Even the previous illogical rule of 200 spectators at GAA grounds regardless of capacity would have meant that they could have placed these lucky few in the ground so that they couldn’t even throw a stone and hit each other. But instead, we have descended into ridiculousness. In spite of the fact that there was zero evidence of transmission from those 200 spectators per venue, they were banned anyway.

I like to think Leo nudged Michael Martin into making this decision just to make him look foolish. Though in fairness, Michael is perfectly capable of doing that all by himself. I wonder what they must think in Nemo.

There is no logic behind the decision by Michael Martin and his coalition to ban spectators. Nor is there any logic behind their decision to keep the bars closed. The fact that we are the only country in Europe to have such a ban speaks for itself – but at least that is coming to an end soon.

The games and the pubs, particularly the small rural pubs, are a lifeline for our elderly folk. They can go down to the pitch of an evening to plug into the world, watch a hurling match, have a chat with an old friend, have some vital social contact and generally feel alive for an hour. Then maybe a pint or two in the local bar, where there might be 10 or 11 regulars.

Professor Ronan Collins, consultant physician in geriatric and stroke medicine at Tallaght University Hospital, expressed this point with great elegance and poignancy on behalf of older people on RTE’s Prime Time this week. It is well worth watching his contribution online.

“We need to get on living in as far as is possible. We have to learn to live with this illness. It’s here for the foreseeable future. I look after older people as my day-to-day job and a couple of things, a lot of older people felt very distressed by the cocooning and I think in hindsight that might prove to be at least a mistake that we didn’t even consult with elderly people a bit more.

“A lot of morbidity (sickness) has arisen from that, that we are now having to deal with. A lot of older people are now expressing the feeling that maybe life isn’t worth living any longer because there is a lack of equipoise now between their enjoyment of life, and the lack of family celebrations, community occasions and sporting and cultural events.”

Miriam asks him “So would you open the pubs?”

The professor says “Absolutely.” He continues, “And it is not just about alcohol. For many rural communities in Ireland, and I have family who live in some of these communities, all they have as a community centre is the pub. It’s not about going down and lashing into drink. It’s where people meet, where they share a greeting, where they share news, where they support one another. And we are facing into a winter where elderly people need that kind of support.”

It is, as renowned Consultant Transplant Surgeon Tim Brown put it this week, “a balancing act. Better to be bored than dead, but not better to be clinically depressed and living in isolation and terror.” As Brown points out, “The transmission is coming from meat processing plants and related accommodation. Not from pubs and certainly not from a handful of spectators at GAA grounds.”

He goes on to say, “The blanket ban on pubs and spectators at GAA grounds completely ignores the very low and often zero R transmission rate in rural areas and makes little sense. The lockdown was absolutely right at the start, but now we need to start living with it.”

There is great anger and frustration in the community about the perceived stupidity and illogicality of what is going on. At the height of championship season, games are being played in empty venues while everyone crams into super-pubs to watch them on television or online.

Elderly folk meanwhile are afraid to go out, bombarded constantly by messages of doom and gloom, following illogical rules to the letter, deprived of the lifeline of a pint of stout and a chat with old friends.

Many of our elderly people have suffered an abysmal quality of life until now and it is unfair to punish them further. They need to be given the choice to decide whether to go to a pub or go to a game. Life, as the Dungannon men showed at the weekend, is for living.