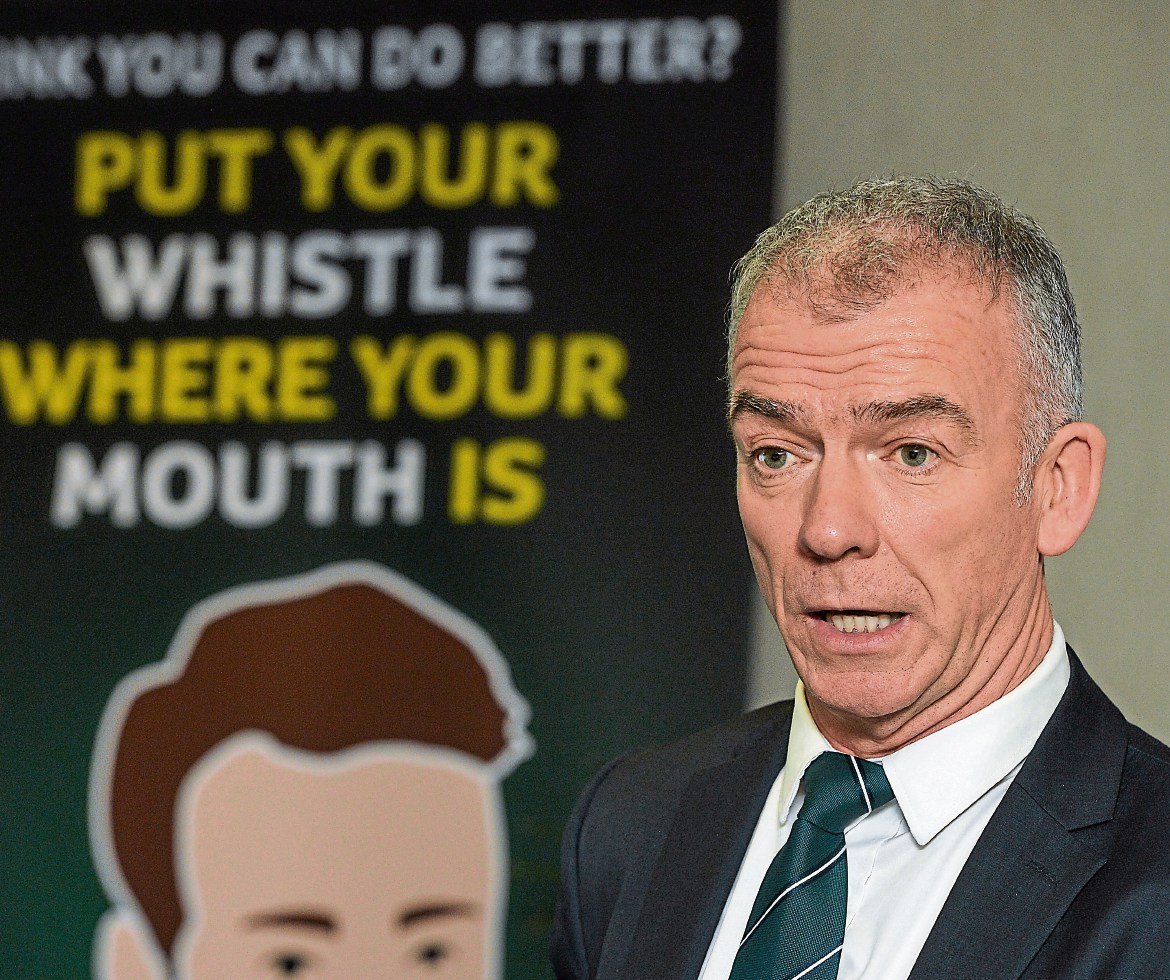 LOOKING FOR CHANGE...Pat McEnaney is leading the fight for a return to the old age groups

SINCE the minor grade was switched from u-18 to u-17, clubs all over Ireland are haemorrhaging players. In Monaghan, the famous referee Pat McEnaney is spearheading a move to stop the madness. He has been coaching his club Corduff’s minors for over a decade. Like all of us who coach at underage, he is seeing a very dramatic, negative impact on the health of our clubs. His proposal to restore the minor grade to under 18, which is being supported by a host of Monaghan clubs, is a mark of the serious damage being done by moving to the u-17 grade.

Now, save for the very best players, participation is falling off the cliff at aged 17. There is too big a gap to senior. The under 19 or under 20 grades, meanwhile, are a waste of time. The best players have moved on to senior football or are at university. I have seen this at first hand with my own club St Brigid’s. At under 18, we had full attendances, passion, a learning experience, and a platform through to longer term involvement with the club on and off the field. A 17-year-old is too young to understand the deeper significance of the club. If they do not get regular games, they are gone.

After three consecutive years of coaching our vibrant u-18 teams, playing in two championship finals and narrowly losing a semi-final, I was appointed to the u-20s this year. It has been a disaster, leaving the players, their families and coaches disenchanted and all of us worried for the health of the club.

The gap between 17 and senior is too wide. By age 19, the best players are with the senior squad. Or they are at third level. There is no room for a meaningful u19 or u20 grade. The old u21 grade was a knockout tournament in each county played off quickly. In Antrim this year, the first year we have had the u-17 grade, the u-20 grade has been self defeating. The boys who lost out on their year of true minor football (they were a year young for u18 and are now a year old for u-17) are too young to get a game. The best players have moved to senior or are at third level in Queen’s or UCD or Cork or Scotland or wherever.

We could not train as the seniors and senior reserves mopped up all the older players. A league was scheduled but quickly collapsed as teams could not field. A championship was then scheduled, with two groups playing round robin and the top team in each group making the final. After two games, this collapsed, with teams not fielding and clubs quickly finding it was impossible to make it work. We managed two games before it deteriorated into farce. Cargin, for example, who we played in the last two minor finals, were unable to field against us last weekend. The forgotten minors have had a miserable year and are unlikely to return. The 19 and 20 year olds haven’t time for an u-19 or u-20 grade.

At the weekend, I tweeted “We urgently need to restore the u-18 grade. We are losing young players in droves. The new u-20 grade is a disaster. In Antrim we tried a league. Abandoned it. Then a round robin with two groups and only the top team in each group qualifying for the final. This collapsed also after a few games.”

This prompted an avalanche of passionate responses from all over the country. Wexford’s Rory Jacobs said “Totally agree. Probably the greatest detrimental decision that had been made in the GAA in the last 30 years. Unless you are the exception at 18 and good enough to make adult club teams you are basically left to rot. Neglect of the highest degree.”

The renowned GAA statistician @dontfoul (James Robinson of the Athy club) pointed out that Kildare have continued with the u1-8 grade and highlighted its advantages. Tipp’s Michael Cleary said “100% agree” and described the decision to move to u-17 as “clueless”. Dublin’s Leo Bisset said “The gulf between underagejuniorsenior is huge. U-17 needs to be scrapped back to minor…” John Sullivan from Gormanstown said “I couldn’t agree more Joe. What were the GAA thinking on this one. It’s madness. Yound lads that have had a structure since u8 are now being left to just drift away and be lost to their clubs forever. Too young for adult football they are falling away in droves.” Meath legend and underage coach Bernie Flynn said “It has been a total disaster. Why can they not see this for themselves?”

Wexford’s Anthony Whelan said “It needs to return to u18. Player loss is huge if the club hasn’t more than one adult team.” Donegal’s Paul McGovern posted the motion from his club St Eunan’s Letterkenny for a return to the u-18 grade. The motion sets out the problems very well, including that “This is leading to a massive drop in numbers from our games.” When one of the biggest clubs in the country is saying this, we know we are in trouble.

This is a crucially important issue. Vastly more important than the structure of inter county competitions or any other issue. We are haemorrhaging players and possible future coaches, volunteers, and administrators from our clubs. The damage this is doing will not be felt now, but in a decade. It cannot be seen in our boardrooms, but we are seeing it at first hand in our clubs as the ties that bind us are weakened. And for what?