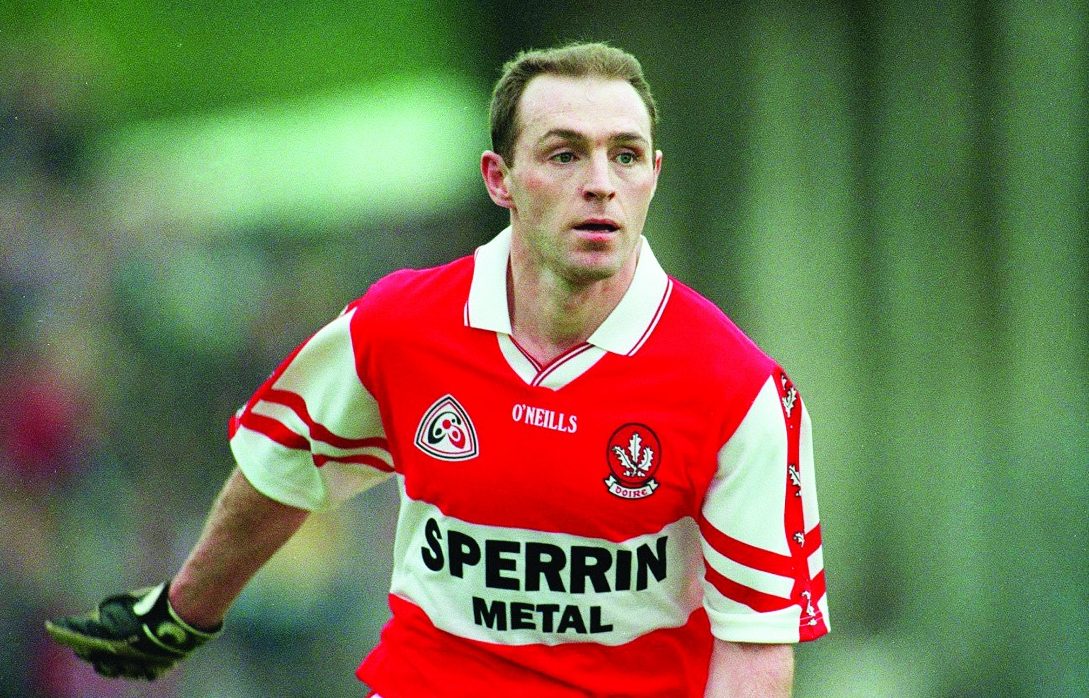 THERE are people out there who are flourishing. Take for example Matthew Lennon from Wicklow, a self-proclaimed Divine healer, whose website boasts that he can treat Covid-19 patients.

On June 5 this year, he posted that it was “great to see another patient we are treating leaving ICU and on the road to recovery.” This patient, had, he posted, “been given no hope and less than 12 hours to live.” Matthew’s declaration of triumph was accompanied (modestly) by the hashtags #covid, #incurable and #miracle.

This is only one of multiple messages posted by Wicklow’s answer to Jesus relating to curing people of Covid. The good news for the gullible is that his Divine Healing is now being conducted (equally effectively) via Skype or even phone. The only pre-requisite (apart from the €200 ‘donation’ for a half-hour healing session), is that the subject “must have an open mind and a willingness to get better.”

The fact that Matthew has sorted the Covid problem will save governments and pharmaceutical companies a fortune in research. Instead they should be concentrating on installing as many phone lines as possible at Matthew’s place.

Or how about Olivier Florien, a “natural born healer” with clinics all over Ireland who will “find a path to heal from your illness.” He has now moved into “House Energy Clearing”, based on his “shamanic studies”. This is how it is advertised on his website:

‘You might not realise it, but the place where you live takes on the energetic imprinting from all that happens in your life. It also did so for all what happened even centuries ago at the location of your house. So all these memories and events might still be trapped in your land or home, and can have a great effect on you and your life. The good news is that all this can be released and cleared by performing a ritual called house energy clearing. These are energies we cannot see but are affecting us. So (the classic sales technique), it is important to get your house cleared regularly.

Below that there is a testimonial from John, Dublin that reads “The house feels so good. It feels like it has protection in it.”

My favourite though is the “Seventh Son Faith Healer”, Aidan Wrynn from Mohill in Leitrim. He became a healer as a baby when an earthworm died in his hand, the Lord possessed him and he was filled with healing power. He explains on his website “I did my first cure when I was a few weeks old.” Like Jesus, he travels the country holding healing clinics.

Or how about Paddy Hughes, a renowned healer from Athlone who can’t explain how my gift works” and can cure not only humans but animals, with a particularly high success rate when it comes to “relieving orf in sheep, red water in cattle, or pink eye in any animal.”

The respected Belfast based physiotherapist Shea McAleer tweeted last week “Does anyone know where I can enroll on a cure/faith healer course? This is quite popular currently among GAA club managers. A client with a G2 ankle syndesmosis went for “a cure of the sprain” with a healer, which didn’t end well. “Cure of the hamstring” seems popular too.”

When the implacable Henry Downey was captain of Derry, he was struggling with an ankle injury and Eamonn Coleman, a devout Christian, sent him to Brother Aloysius at Portglenone Monastery.

The monk was a renowned ‘healer’ with supposed mystical powers. The fact that these healing powers had never been independently verified under laboratory conditions was neither here nor there. The good brother laid hands on Henry, prayed with him, reassured him that God could see his goodness and that his faith would help to drive away the pain. He finished by sprinkling a liberal dose of holy water over the injured foot. After a few sessions, Henry arrived at the training one night and I asked him how did it go. He said “He might as well have pissed on it.”

We are being successfully conquered by ignoramuses and spoofers. It is, sad to say, impossible to underestimate the gullibility and stupidity of human beings. What the author Francis Wheen describes as ‘The Demolition Merchants of Reality’ are all around us, earning eye-watering fees for being nice, reassuring, flattering and absolutely unscientific. From life gurus (unlocking your mind’s hidden potential) to shaman (unlocking your body’s hidden potential), the market in gullibility is booming as never before.

All of this guff, from bio energy healing to TV evangelism, from shamanism to homeopathy, from faith healing to life coaching depends on the same unprovable, superficially attractive theory that with faith in a mysterious parallel universe (and a substantial injection of money) we can, with the help of the guru, defeat sickness, become wealthy and live the perfect life.

As one puts it on his website, “Belief and Commitment are the Keys to Success.”

This is another fundamental pillar of the bullshit artists: That you and you alone are responsible for your health, wealth and happiness. It is a cruel and merciless con, and the ultimate absolution for the charlatans.

Barbara Ehrenreich, in ‘Smile or Die’, recounts how when she was suffering from cancer, she became appalled at the efforts of ‘alternative medicine’ to cash in on the illness, the basic idea being that survival hinges on attitude and that only these quacks can show you how to unlock that attitude.

In her book, Ehrenreich sets out the heart-breaking letter from a cancer patient to her guru Deepak Chopra (the undisputed King of absurdity who became a billionaire after he told Oprah Winfrey that “people grow old and die because they have seen other people grow old and die, Ageing is simply learned behaviour.” Which prompted one of his devotees Demi Moore to announce that she had decided she was going to live to 130 years old.) The woman, whose breast cancer had spread to her bones and lungs and who was now terminal, wrote to Chopra:

“Even though I follow the treatments, have come a long way in unburdening myself of toxic feelings, have forgiven everyone, changed my lifestyle to include meditation, prayer, proper diet, exercise, and supplements, the cancer has come back. Am I missing a lesson here that it keeps reoccurring? I am positive I am going to beat it, yet it gets harder with each diagnosis to keep a positive attitude.”

Chopra wrote back to her:

“As far as I can tell, you are doing all the right things to recover. You just have to continue doing them until the cancer is gone for good. I know it is discouraging to make great progress only to have it come back again, but sometimes cancer is simply very pernicious and requires the utmost diligence and persistence to overcome it.”

If the reader is feeling queasy having read that, you should be.

Several years ago, a close friend’s mother was diagnosed with breast cancer. She had a mastectomy and was very ill. A friend of the family suggested a bio-energy healer who had a huge reputation in the area. She duly went to see him. He shimmered his hands over her body without touching her, then hovered them over her breast area. He told her her energy was very strong and would be easily unlocked. After a half-hour treatment, he gave her some amazing news. “The cancer is gone now. We will work together on making sure it does not return.” She left ecstatic. At her next three monthly scan in hospital, she was distraught and confused when she was told that the cancer had progressed and was very aggressive. A year later she was dead.

Jo Bowlby, a financier turned shaman, is now the UK’s shaman to the stars, operating out of a swish practice in Battersea. She trained to be a shaman in Peru with the Q’ero tribe, who are illiterate, use symbols to communicate and regularly get shitfaced on ayahusca (aka DMT), one of the most powerful hallucinogenic drugs known to man and one of the most dangerous class A prescribed drugs. She describes them as ‘master herbalists’ (so was Pablo Escobar) and brings her wealthy clientelle to the Peruvian jungle to heal themselves. Gavanndra Hodge, a writer with Tatler magazine, describes a session with Bowlby. “I am lying on a daybed with a crystal on my stertnum and the smell of burning amazonian wood in my nostrils. My shaman is shaking a gourd rattle about my head while I am imagining riding a white horse, with wings and a horn up to a distant star.” The guru tells the writer that happiness, completeness and health can only be achieved by “moving between the four states of snake, jaguar, eagle and hummingbird”, that at this level there is no ‘I’ (sound familiar?) and when balance is achieved, the nervous system is awakened and the ideal human is achieved.

Jules Evans, a feature writer with New Statesman, went to see another famous shaman called Kestrel in October 2019 having been tipped off by two writing friends that he had predicted they would write nine books.

She went along, told him she was a writer and records that he told her to close her eyes and began humming loudly as he “entered the spirit world.” After a few minutes he stopped and made the usual series of banal predictions “the next few months of your life will be crucial, you will meet your soul mate sooner than you think, success is coming your way” etc, etc. She asked “Should I continue writing?” He said “you should, you are going to write nine books.”

Positive thinking can no more cure cancer than it can cure coronavirus. Better to follow Henry Downey’s advice and piss on it. At least that way you will relieve your bladder.