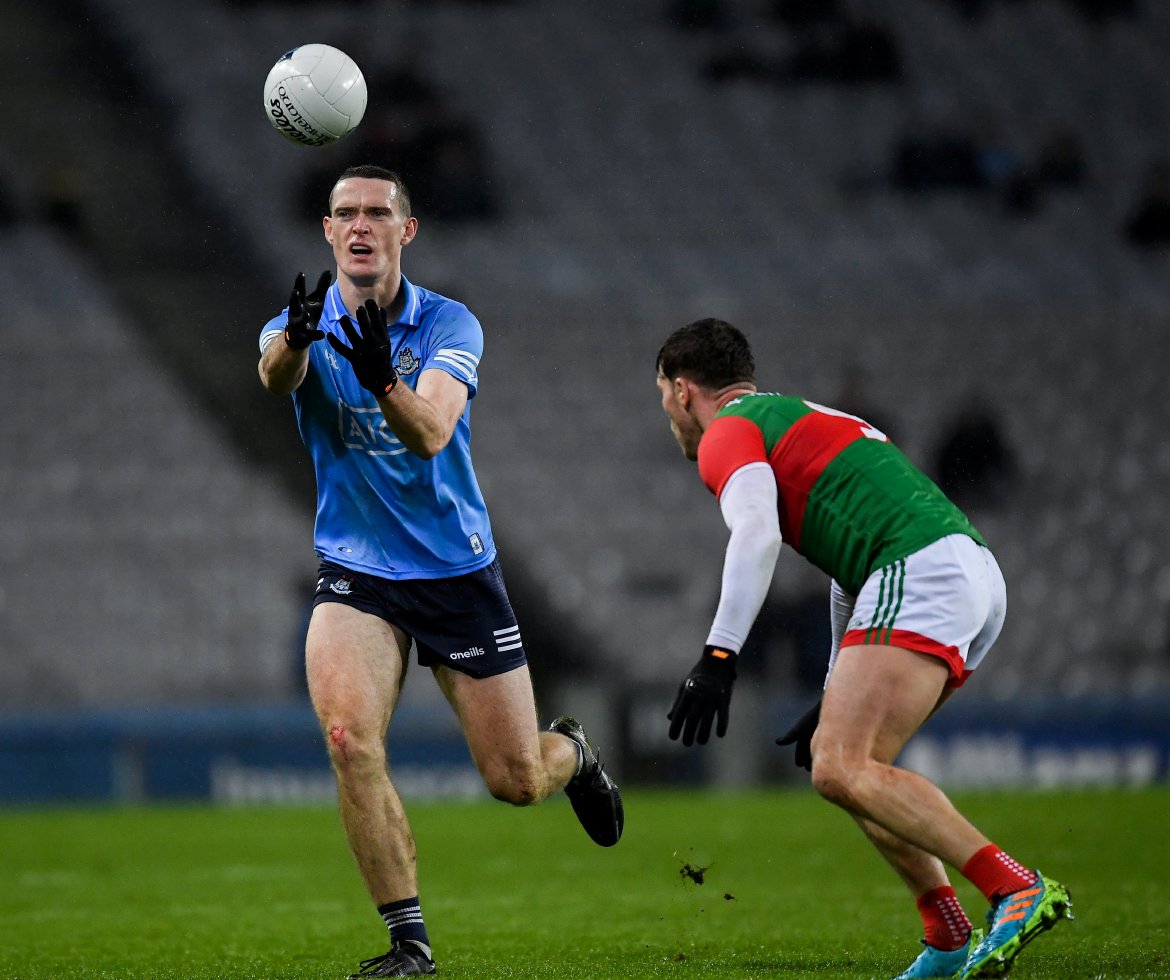 DESSIE Farrell said this week that he was “happy with the trajectory of the team.” Which is a bit like Sammy Wilson saying Brexit is going well.

In Croke Park a day earlier, Brian Fenton, Ciaran Kilkenny and Dean Rock bore the expressions of lads who had been transferred without warning from Real Madrid to Wycombe Wanderers.

I watched the game with a crowd of Knockmore men. Before the throw in, a Westport man said, “How did the Leinster game finish up?” Damien Martin said, “I thought the Railway Cup was abolished.” Which brought a big laugh from the Knockmore ones.

Damien is a great predictor of games. He also drives the only environmentally friendly block layer’s van in Ireland. I got a lift with him once. It is a 21-year-old Volkswagen. There are nettles growing up through the gear stick and moss growing through the side panels. I said to him “Would you not get those weeds sprayed?” He said, “If I did I wouldn’t qualify for the carbon grant.” “Dublin are going nowhere under Dessie,” he said, “Mayo by four or five.”

It is impossible to improve on perfection, but even so, this Dublin team is a disorganised mess. Up front, they have zero team work and as a result, they never looked remotely capable of winning. Dessie Farrell’s big idea was to take off Ryan Basquel halfway through the second half and replace him with Johnny Cooper when they were five points behind, which brought a groan from the Dublin supporters, one of whom asked whether he would bring on Jimmy Keaveney next.

Dublin, with no clear idea of how they wanted to play, quickly degenerated into a team that will be playing in Division Two next year. In the first five minutes alone, they kicked the ball away three times, Niall Scully, Ryan Basquel and Michael Fitzsimmons looking as though they were making their debuts. I counted the number of times they kicked the ball away over the 70 minutes but out of respect for them I will leave that to their video analyst.

Mayo didn’t exactly revel in Dublin’s misfortune, but they certainly enjoyed themselves and played with excitement and a sense of adventure that is completely absent from Dessie’s Dubs. There was great delight when Kilmeena’s Jack Carney scored his goal in the first half. A fortnight ago, he was winning the All-Ireland Junior final with his club. Now, on his debut for his county he scored the killer goal, even if it took a lucky rebound off the ‘keeper’s head to get over the line.

More delight followed when Knockmore’s Aidan Orme, a fantastic, modest, respectful young man, scored the second goal after a bewildering one-two with Ryan O’Donoghue, who strove manfully but was otherwise having one of those stuck in quick sand nights. By half time, at 2-6 to 0-9, it was over.

Dublin had no plan, Ciaran Kilkenny couldn’t win it on his own, and Mayo were enjoying themselves.

The start of the second half symbolised this game. Brian Fenton won the throw-in, soloed forward, then kicked the ball straight to Lee Keegan. Lorcan O’Dell was brought on and with his first contribution kicked the ball tamely to the keeper’s hands. Niall Scully kicked an awful wide (at least 10 yards wide). Mayo proceeded to do things to Dublin that teams haven’t dared to do for a decade. The Dubs better get used to it.

A word on Rob Hennelly. He was superb. He has suffered terribly on big days in Croke Park. Here, he made a cat-like save from O’Dell in the 47th minute, kicked two magnificent long-range points and generally played like an MVP.

The game ended with Mayo not in total control, but in their helter skelter way, showing us that they have great potential, exemplified by their corner-back Michael Plunkett who drove forward to kick two superb points.

“I don’t like to say I told you so,” said Martin at the final whistle.