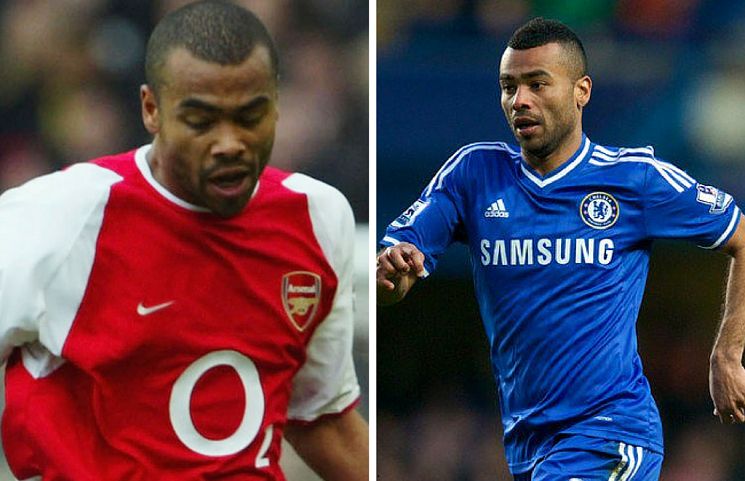 IT was 2004 when I stopped watching soccer and abandoned any pretence at fandom. What did it for me was the serialisation of Ashley Cole’s autobiography (how can they call them autobiographies when someone else writes them?) “In My Defence.”

That was the year when Cole was in negotiations with Arsenal about a new contract (“This club is in my blood, I am Arsenal till I die.”). The club’s initial offer was £35,000 a week (£1.82 million a year), which Cole and his agent rejected angrily. Cole takes up the heartbreaking story…

Somewhere along the North Circular Road, one telephone call changed everything about how I viewed and felt about Arsenal. “Ash, are you listening?” said a virtually hyperventilating Jonathan (Barnett, his agent). “I’m here in the office and David Dein (Arsenal chairman) is saying he isn’t going to give you your £60k a week. They’ve agreed 55k and this is their best and final offer. Are you happy with that?”

When I heard Jonathan repeat the figure of 55k I nearly swerved off the road. “HE IS TAKING THE PISS JONATHAN” I yelled down the phone. I was so incensed. I was trembling with anger. I couldn’t believe what I had just heard. I suppose it all started to fall apart for me from then on.

Only £2.86 million a year? It is only by the mercy of God that Ashley didn’t swerve into the ditch and damage his Aston Martin. We must be thankful for small mercies.

Anyway, that was the end of his lifelong love affair with Arsenal. There was nothing for it but for poor Ashley to hawk himself off to their neighbours Chelsea. Heartbreaking.

The story illustrates the fiction of connection between supporters and professional sports clubs, a one-way street of silly fandom. I hear these conversations and see the public tweets of people from here about soccer and I am amazed. “People need to remember it was our first game back in three months. I know we are all disappointed but there are still eight games to win so let’s get behind the boys.” Or wishing soccer players you don’t know happy birthday. “Happy birthday big man. What a legend. Have a great day pal. Reds forever.” I feel like shaking them by the neck and saying “What the hell is wrong with you, have you lost your bloody mind?”

We see this false worship in soccer. In the hey day of the great Liverpool team of the ’70s and ’80s, with Nottingham Forest winning European Cups and all the rest, football was a working man’s game, it had a working man’s culture, and football supporters could go to the game and genuinely feel – and be treated like participants in it.

The camaraderie. The pitch invasions. The managers like Shankly and Clough and Dalglish who were at one with the community. But now, the supporters are mere consumers and the fanatics are guilty of nothing less than superfandom, a psychological insecurity that causes them to idolise players who have zero interest in them or empathy with their lives. Most of fandom is virtual. You put on your new Arsenal shirt, watch the game on telly, then tweet about it. “Gutted by that performance tonight. If we don’t buy a left back in the transfer window so help me.”

Spare me this nonsense. Players and managers of modern soccer clubs are not Man U to the core nor do they give a damn about you, so long as you are buying the stuff. The game is now, as Agustin Pichot put it “a very neat product where everyone should have a special haircut and brilliant boots and where the grass is so green. It is a really well managed product. The problem is that the supporters care more than the players. The player finishes the game and doesn’t really care whether he wins or loses.”

Gary Neville or David Beckham don’t love United in any real sense, no more than Cristiano Ronaldo loved Real Madrid. They just had a good employer employee relationship for a number of years.

This is a place we do not want to go to in our games, and one we have been tinkering with over the last 10 years, where county players have become increasingly disconnected from their roots and the old contract of club and county has rotted.

Which is why the Derry County Board’s announcement this week is of such great importance. Steven Barker, Kieran McKeever and the new board have made a huge statement, putting club first, then county.

So, in Derry, the clubs will have 11 weeks of club action exclusively without any county commitments getting in the way. The Board did not consult with Rory Gallagher, the senior manager. They simply informed him. There will be a round-robin championship at each level with all teams being guaranteed four games. So, four groups of four play off, with a home, away and neutral venue. As an extra spur, the gate for the home game will go to the home team. Then, a seeded group of 16 with the losers knocked out. Then an open draw for the quarter-finals onwards, with no second chance.

As our vibrant young chairman Steven Barker put it this week “To reunite the county, we must stand up to the GPA, create a chain of command where the county manager understands his role, reconnect the clubs and county and ensure that we have the best possible people in leadership positions at every level. To do that, we must treat the clubs with respect. This is not club v county. It is restoring the balance and creating a united Derry. A Derry that will be healthy on and off the field. A Derry that will be winning Ulster championships within three years.” I’m excited already.