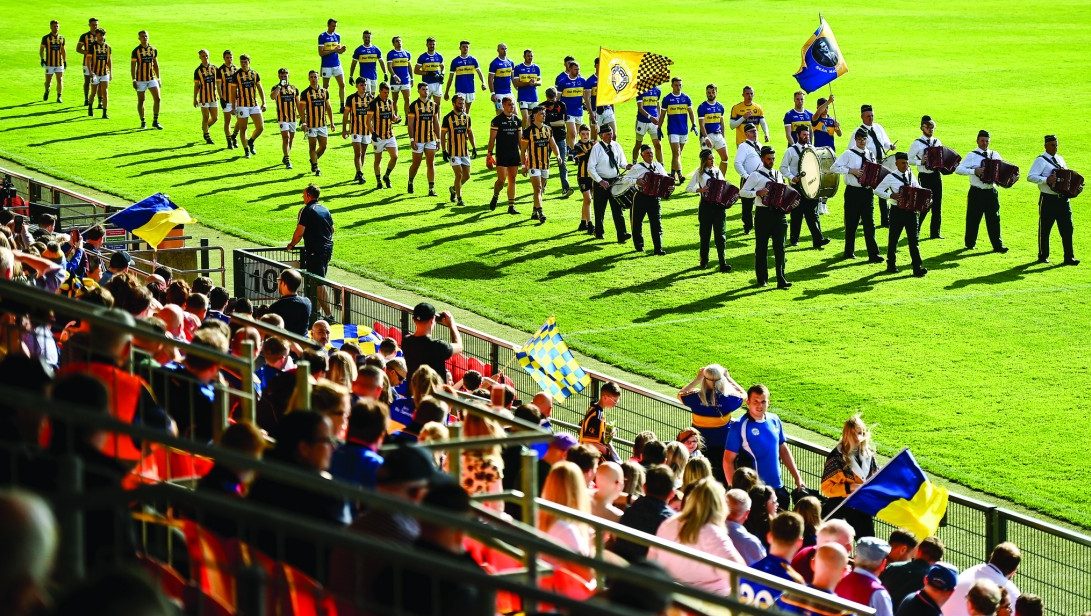 IN Garrison Keillor’s hilarious masterpiece ‘Radio Romance’, he traces the origins of Minnesota local radio station WLT and its famous Studio B.

Reed Seymour was the station’s first newscaster and during one of his earliest broadcasts, three of the Shepherd Boys, a gospel quartet who were on after the news, “slipped in and quietly de-pantsed him during a long account of a tragic housefire leaving six persons dead in St Paul.” Keillor recounts how Reed, professional to the last, “kept reading but yipped twice when they pulled off his shorts.” Pranks and hilarity were part of the station’s glory.

On October 14, 1937, Vince Upton plonked himself down on his old porch chair in the studio to do his popular Story Hour with Grandpa Sam, picked up his script and began to read. “It didn’t take him 10 seconds to realize he was in trouble.” Instead of Cowboy Chuck riding away to the Pecos to locate Sally and Skipper, he “moved in with Pabletta, whose breasts were pale and small and shivered at the thrill of his touch.

“Slowly, his voice shaking with effort, Vince picked his way through the story, glancing ahead as he read and skirting most of the worst parts, but some things he didn’t catch until he had already said them, for example – ‘I slipped my pistol into her throbbing love nest’ – at which point Vince put down the script and tried to improvise his way to shore. Cowboy Chuck put on his pants and rode to town and found a church. His mother was there, on her knees, scrubbing the floor. He knelt down and begged her forgiveness. Chuck called on the listeners to obey their parents and attend church regularly and the big hand approached 12 and Vince (sweating) said ‘Be sure to join grandpa Sam tomorrow for another exciting story’.”

I thought of Studio B when I was watching Armagh GAA TV’s brilliant, mad coverage of the Armagh senior final on Sunday.

This was sports broadcasting as it should be: passionate, unbridled, honest and unselfconscious. The game was thrilling and warlike, like all games involving Crossmaglen, with the referee letting the game go, so it was the perfect backdrop.

The lads started with the usual messages. The granny whose “five grandchilder are playin’ out there the day” and all the rest of it, reminding me of when I used to get the Mid Ulster sent to me when I was working in London and those comforting headlines like “Elderly Ballinascreen postmistress with large family circle passes away peacefully aged 94.”

From the throw-in, the commentary trio dived straight in. Maghery’s first goal was greeted by a bloodcurdling roar, so loud that it felt like the TV trembled. “YES, YES, YESSS” they roared. It was, like all the best sporting commentary, fully biased.

As the game progressed and as Maghery banged in a second, third then fourth goal, I would not have been surprised if the three lads had pulled their jerseys over their heads, invaded the pitch and wiggled their bare arses at the Crossmaglen players.

I posted a tweet along those lines, which they read out live on air a few minutes later, before all three of them started roaring “WHAT DO YOU THINK OF THAT JOE BROLLY?” and “GO ON BROLLY YE BOY YE” etc.

For Maghery’s fourth and clinching goal, greeted by a deafening roar, Damian McCullough (who used to come to Armagh games wearing a Tigger outfit), shouted “The Cross ’keeper dived but he wasn’t within a hound’s goul of her, she hit the net like a rocket.” After each Maghery goal, when their raucous celebrations had died down, they would remember they were on live TV and one of them would say something like “Crossmaglen, like the champions they are, will not be giving their title up easily Paddy”, prompting a slightly embarrassed discussion about Crossmaglen’s great tradition and how a game against them is never over until the whistle.

It was reminiscent of Nudie Hughes on Ocean FM some years ago for a Monaghan-Donegal championship game. “Forget about the Gulf War. Forget about the Iraq War. This is a real war.” At which his co commentator said “In fairness Nudie, I think all of us would agree this is a lot more competitive than the Iraq War.”

The coverage of the games by local TV and radio stations continues to be a labour of love, a joyful experience that reflects the fact that the games are a celebration of life, warts and all. There is a feeling almost that they have made a transmitter from bicycle parts and are amazed that it actually works. This in turn hooks the viewer or listener, creating a strong emotional response and giving us a real, honest experience.

When it gets too big, the fun tends to go out of it, because there are dull managers and politically correct content checkers and everyone starts looking over their shoulders and in the end, it becomes all banal and newscastery, with the presenter and pundit treating it like work, which is the opposite of sport. Instead of letting fly, it becomes like a stern classroom, with the student standing before the blackboard under the critical eye of the humourless teacher.

So, with the big channels, sports coverage can easily become a stage managed, cliched bore, like the news, with excruciating attempts at acceptable humour.

Joanne: Mickey Harte won’t be too happy with that first half performance Sean? Ho, ho, ho.

Sean: You’re right there Joanne, there will likely be a few choice words in the dressing room. Ho, ho, ho.

Joanne: One of the interesting things about that first half was the number of hand-passes by Tyrone.

Sean: It was Joanne and that’s something that Mickey will be looking at. Although sometimes you need to hand-pass to retain possession.

This funeral home atmosphere has become the norm with RTE. It could almost be a satire, if it weren’t so unfunny. A sort of ‘Thick of It’ about GAA coverage.

Meanwhile, back in the real world that real GAA people enjoy, after the final whistle on Sunday, the three exhausted, dehydrated Armagh GAA TV presenters were helped into the St John’s ambulance and hooked up to intravenous drips, where they were monitored by ambulance staff for an hour before being discharged.

I am told that when co presenter and Cullyhanna fanatic Paddy Savage was lifted onto the stretcher, he briefly came round, opened his eyes and asked “Am I dreaming, or did Maghery actually beat them?” “It’s okay Mr Savage, they beat them.” At which point, Paddy smiled broadly before drifting back to sleep.