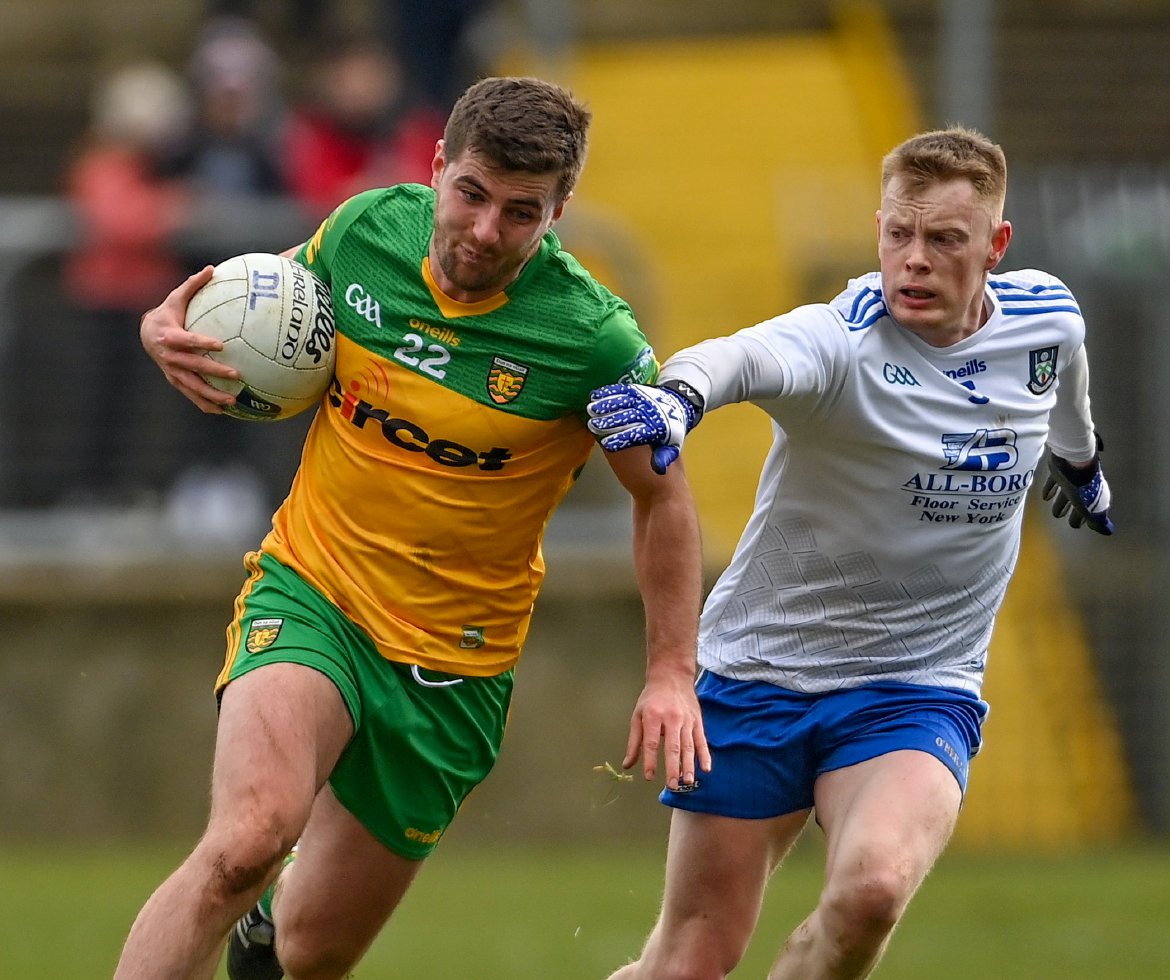 UP IN THE AIR...Neither Donegal or Monaghan know where their league season will end

MOVING day in golf is the third round of four in a tournament. It’s the day whereby players maneuvre themselves into position before the final day to try to set them up for one final push, or to maybe cement a position to try to hold onto.

Well the same can be said for this weekend’s National Football League games. Come 5pm on Sunday evening, the position of each team will become a lot clearer in their push for promotion or their push to avoid relegation.

After round five, Galway are the only team with full points but they still have to play the two teams who are hot on their tails for promotion in the mini league at the top of Division Two.

For the other 28 teams, there will be something at stake over the next two weeks.

From an Ulster perspective, it is a real mixed bag.

Armagh are the only team in Division One with a chance of making the final while Donegal are probably safe from relegation barring a freak set of results.

Tyrone and Monaghan are in real danger of dropping out of the top tier into Division Two, with Tyrone’s situation probably the more precarious of the two.

Sitting on three points and having to entertain Mayo this Saturday before having to go to Killarney the following week, it looks bleak when trying to see where they might pick up points given their current form. With their only victory coming against fellow relegation strugglers Kildare, it would take a monumental effort over the next few weeks for Tyrone to stay up.

That being said, there is no better team who thrives on having their backs against the wall and having a point to prove so don’t just go and put the price of a fill of diesel on relegation yet, but the honeymoon period of coming back to training late looks well and truly over.

In Division Two, there is a mini league at the top with Derry involved. The game against Galway this weekend looks to be pivotal for both teams and also Roscommon.

With Galway having to play both these teams over the next two weekends, they will be hoping that they can get a victory this weekend to have it sewn up instead of having to go to Roscommon in need of a victory on the last day.

A victory for Galway would most likely mean that that Derry’s own fate is not in their hands anymore if we are to assume that Roscommon will beat Offaly – though going to play an Offaly side who are in need of points themselves is not a complete banker.

This is what keeps interest alive at both ends of the table with so many different permutations available. The other Ulster interest in Division Two is Down.

While their safety is still in their own hands, they have to play fellow relegation strugglers Cork away this week so after Sunday there will be a clearer picture for both sides.

Had they not let Offaly score the last four points on Saturday past, their outlook would have been so much different. While their precarious position is taken over the course of five league games, it was a five-minute spell on Saturday past which has really cost them given the nature of that particular game.

Looking into Division Three, there is a good chance that one of the two promoted teams, Louth or Antrim, will do back-to-back promotions.

With the teams facing off against each other this weekend, a win for either would take them to nine points and clear at the summit on their own. Antrim seem to have decent momentum and form behind them so I would not back against them making their way out of Division Three and ending up in the race for the Sam Maguire. 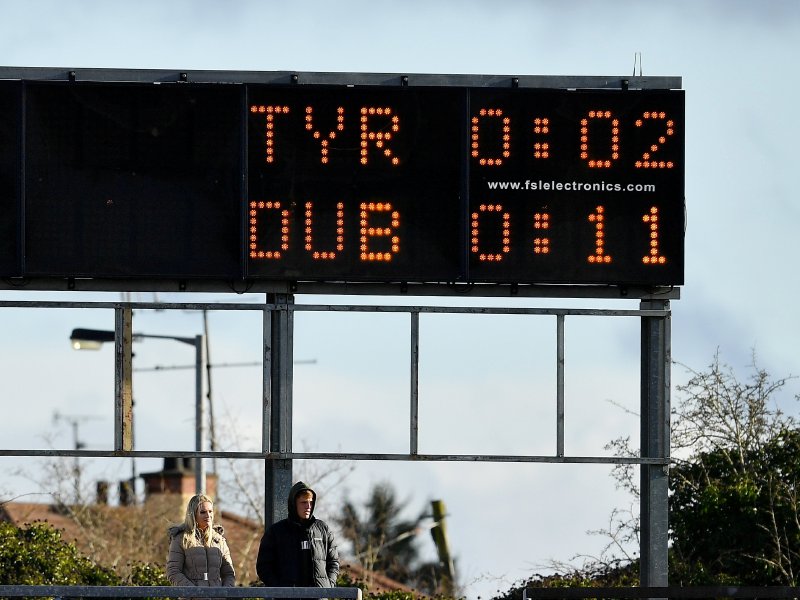 On current form, they would most likely give the Tailteann Cup a run for it but they are always going to strive to be the best possible and that means trying to win every game possible.

In Division Four, Cavan let slip the chance to make a straight bounce back with a defeat at the weekend to fellow promotion hopefuls Tipperary.

They will get a second bite at the cherry this weekend against London and failing that they will still get a third bite at it the following week so it would be a surprise if they did suffer a monumental collapse in the last two weeks and stay in Division Four for another year.

Barring a run in the Ulster Championship, which is unlikely, they will definitely be in the Tailteann Cup, a far cry from December 2020 when they won the Anglo Celt against all the odds.

All in all, it is a very mixed bag for the Ulster teams at present.

Cavan in Division Four and Antrim in Division Three seem best placed to contest a final and pick up silverware.

There is still a decent chance Derry will do likewise and for Armagh it’s been a very positive campaign and a league final placing would be a bonus.

For the rest, it’s all about self-preservation first and foremost so expect the permeations to constantly change on moving day/weekend!