Advertisement
HomeColumnistsGerard O'KaneGerard O’Kane – The value of the underdog
Advertisement 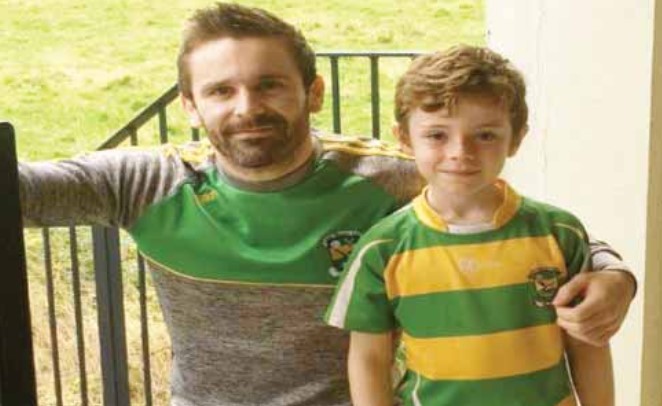 I COULD devote this week’s column to last week’s Special Congress in which the GAA voted in favour of introducing a two-tier championship however I feel so many column inches have been written about this already and the overwhelming feeling towards it seems to be a negative one.

While in the main I am not a massive backer of it, I think it might have worked in some instances.

However, to roll it out now, a month before the fixtures committee are due to present on recommendations is highly unprofessional.

That is the big burning issue in the GAA at the minute and I know a lot of people were looking forward to the proposed plans to see if there is anything that can fix this issue.

There will be no one approach to fix it all, so some joined up thinking was needed.

However, it seems like any new plans will have their hands severely tied by the introduction of the two-tier championship.

The other big decision from the Special Congress is the introduction of the forward mark for both the forward and defender. The idea is to promote more long kicking however the game has naturally evolved over the last 18 months that this is occurring anyway.

There is less defensive football and teams are seeing the merits of putting an emphasis on attack and this is translated onto the pitch and the quality of games we are seeing.

I also believe players are having an input into this. Being inside a changing room, players want to enjoy their football more and the removal of overly defensive structures allows for this.

In essence, to counteract the forward mark. We may see more bodies flood into the defensive area as a result to try to clog up space for the kick and conversely a reversal to more defensive football. All in all I just feel we are taking one step forward then two steps backwards.

Moving on from this I would just like to wish my fellow Gaelic Life columnist Kevin Cassidy and my Glenullin clubmate Mark O’Kane (no relation) all the best in their game for the Underdogs this weekend.

The whole concept of it is a good idea as it gives fellas the chance to put themselves in a shop window and come out of their comfort zone a bit more while at the same time it provides what is essentially easy watching on TV.

It is not meant to be blood and thunder stuff where players are to be carried out on their shields but more a family show on TG4 that families can watch together.

There is obviously that sort of reality TV and ‘X Factor’ feel about it with the eliminations and stories each week, which some Irish viewers might find somewhat cringey, but the producers have to have a different spin on the show to make it more than just a GAA documentary.

While no one will realistically expect a victory against Mayo this week after seeing what the Dublin panelists did last year in the corresponding fixture, if the rest of the panel are made of the same stuff Mark is then they will certainly be competitive.

Mark has been playing for our seniors for six years now and while he has not come up through the county underage ranks it would be of no surprise to me if he was on Rory Gallagher’s radar and if not, maybe something like this can put him in the shop window.

In terms of a corner-back he has everything you would want in that he is strong, fast and combative, often relishing the physical side of the game. This is exactly the reason why this show exists and why fellas put their name forward for it.

We had an underage blitz in Glenullin a few weeks ago, one that I recently referenced here in this column.

Mark was there to help present the medals and you could see the crowd of wee ones gathering around the bottom of the presentation area to get to see the player who was on TV and a few young boys had asked for this photo, including my own son Ethan.

He never got to see me play for Derry or play in any ‘big’ game but he seemed to be in awe of Mark as he was on TV. Far removed from the TV cameras, this is the trickle effect the show can have on young ones and TG4 should be commended for their efforts in promoting Gaelic games.

Only for the fact this match clashes with an u-16 final in our club there was going to be a crowd of us heading down from home but we will have to make do with watching on TV and hope that the fellas do themselves justice.

The one positive now that the show is over is that Mark and his teammates can now wear their Underdogs gear freely so if anyone knows a clubmate playing be prepared to be bombarded by them wearing their gear morning, noon and night!