Advertisement
HomeColumnistsGerard O'KaneGERARD O’KANE: The tortoise and the hare
Advertisement 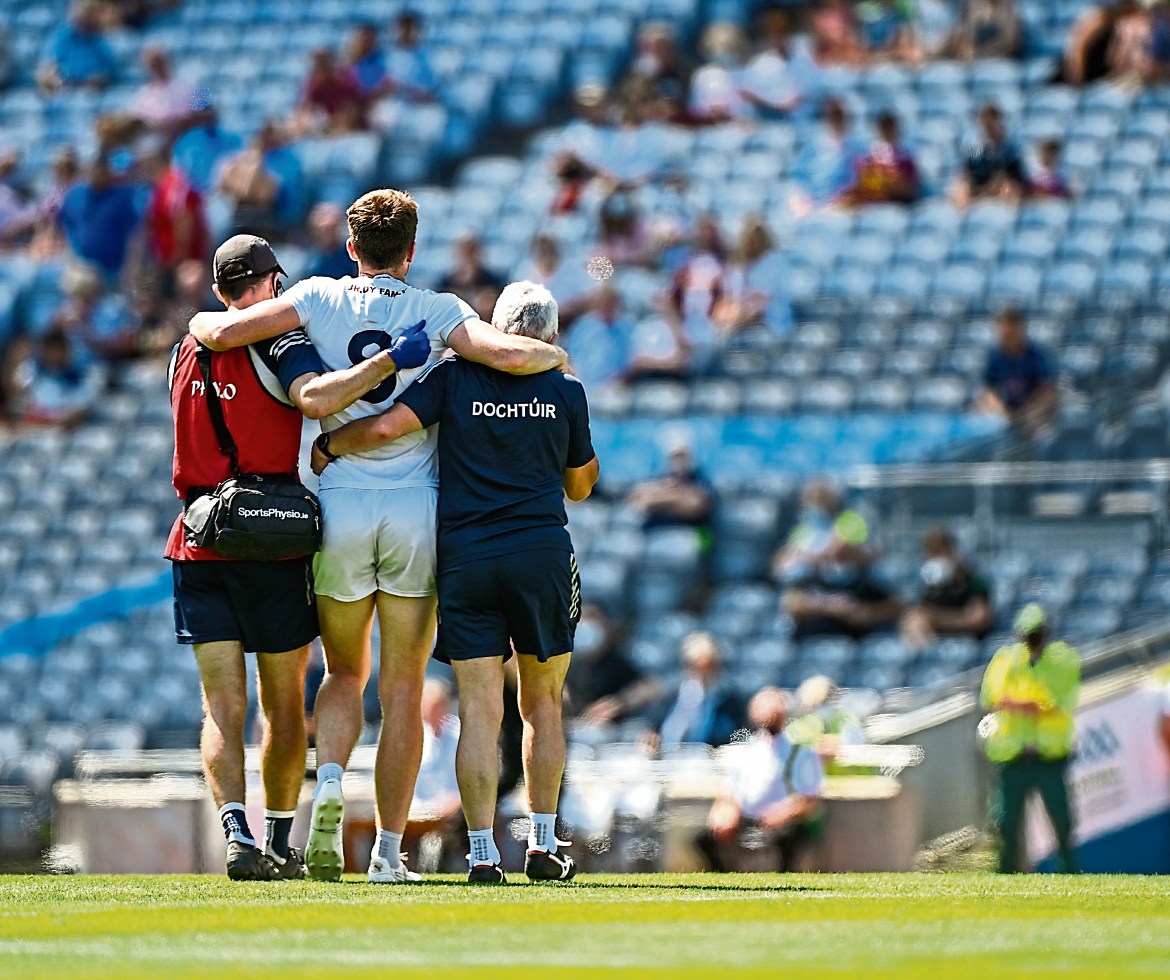 PACE YOURSELF...There’s no rush back from injury, particularly for players in the twilight of their career

IN a five-day period two weekends ago, I braved the elements to take in three GAA matches as everyone who has been missing the game (barring the odd one here or there for a few months) has a chance to finally get back on the horse.

My first game was watching Derry and Monaghan play out an entertaining draw in Owenbeg in the McKenna Cup followed by the Ulster Intermediate Club final at the same venue two days later. This time it was Steelstown who overcame a dogged Moortown outfit.

Then on the Tuesday of that week I ventured into Breffini Park to watch Cavan dismantle a Tyrone side whose only bright spot would have been their tans off the floodlights. I did think to myself that I would need to be careful that I don’t sicken myself before the season even starts properly.

I then likened this to my own situation in my training with my pre-season mode kicking in and trying to get over a nasty injury from last year.

I suppose a heavy dose of realism is needed – I have to accept that at 37 my body can no longer take the sort of punishment it used to, and I cannot be expected to hit the same numbers in training as when I was in my twenties.

Trying to strike the balance by training endlessly to try to get fitter and faster and stronger while maybe realising less is more in some cases is a lesson I am still struggling to figure out, especially as I struggle to get back from an injury sustained last summer.

With all the best will in the world it can be hard not to push your body just to feel like you are getting maximum return from your training.

I can give you the example of being on the rowing machine last week. It’s a machine I tend not to use too much but as I’m restricted to non-impact conditioning at the minute I decided to take a spin on it.

I distinctly remember using it in pre-season in 2008, when I was 23 and we were given certain markers to be hitting for 500m, 1000m, and 1500m. Here was me, 13 years on setting myself the exact same targets, ‘pulling like a dog’ as one of the famous O’Donovan brothers from Cork coined after their Olympic success.

I ended up making the times I was aiming for, but at what cost? Well for the remainder of my gym session I was stuffed. I could barely finish what I was meant to do such was the exhaustion felt in my arms, stomach and legs.

One of my team-mates who just happened to be the other person in the gym at the time then told me to slow down.

He said that I will get where I want to be in terms of my fitness but it just might take a bit longer,and you know what he was completely right. Given the fact he is 42 and still going strong, he is a man who has vast experience in this area.

It’s like the old story of the tortoise and the hare but for me it’s more about being patient and realising my body cannot get to the pitch of things as quick as I used to be able to so I have to get my head around the fact that I just have to build up a bit more slowly and not to expect instant results. There will be a lot of people aged 35 and above who read this and will resonate with it and see themselves in this situation too.

As a starting point you should ask what your end goal is and then work your way back from here in a bid to get there.

My goal is to try to get over my injury of a badly torn quad which ripped off the bone to try to play as much football this summer and in the business end of the season as possible. To do so I need to be as fit and fresh as possible in the summer months onwards.

Last year I had a punishing pre-season, did all the work, definitely overloaded on what I should have done and my quad popped in the second league game.

That was seven months ago this week and only in the last few months have I seen any real progress with it. I initially just left it, resigned to my season being over, so I didn’t bother getting any work on it after the initial diagnosis was done. I assumed it was my body’s way of telling me enough was enough.

As the summer wore on I made peace with the fact and still did bits and pieces of gym work just for routine exercise, etc. As our club season finished on a low point for us personally, I suppose I was always looking on and thinking could I have made a difference somewhere.

It can be frustrating to watch if you feel you can add value somewhere but are prevented from doing so. So when October came around again I said I would try to get my leg right and see where it takes me from there.

I knew it would be a slow process and had prepared myself for that but its only when you get back into it and get the feel for it that you think ‘I’m flying and I’ll be out on the pitch in no time.’ That’s when your sense of reality sort of goes out the window and every now and again you need a dose of reality like the rowing machine to keep my expectations in check.

So for everyone out there who is panicking about maybe not hitting those numbers they used to or would like to, do not panic at all. There is plenty of time ahead to build up slowly and be ready for when you are needed most.

I remember Michele Platini referred to the English football team as ‘Lions in winter, lambs in summer’ when referencing the fact the Premiership is an action-packed, high-octane league. But then at the end of a long season where there is a World Cup or a European Championships, the same players who were tearing it up six months ago more often than not were found wanting.

It’s simply not possible to peak all your round and probably the hardest part to train with regard to this is your mind. Once you are content with this and realise this – the rest will follow naturally.