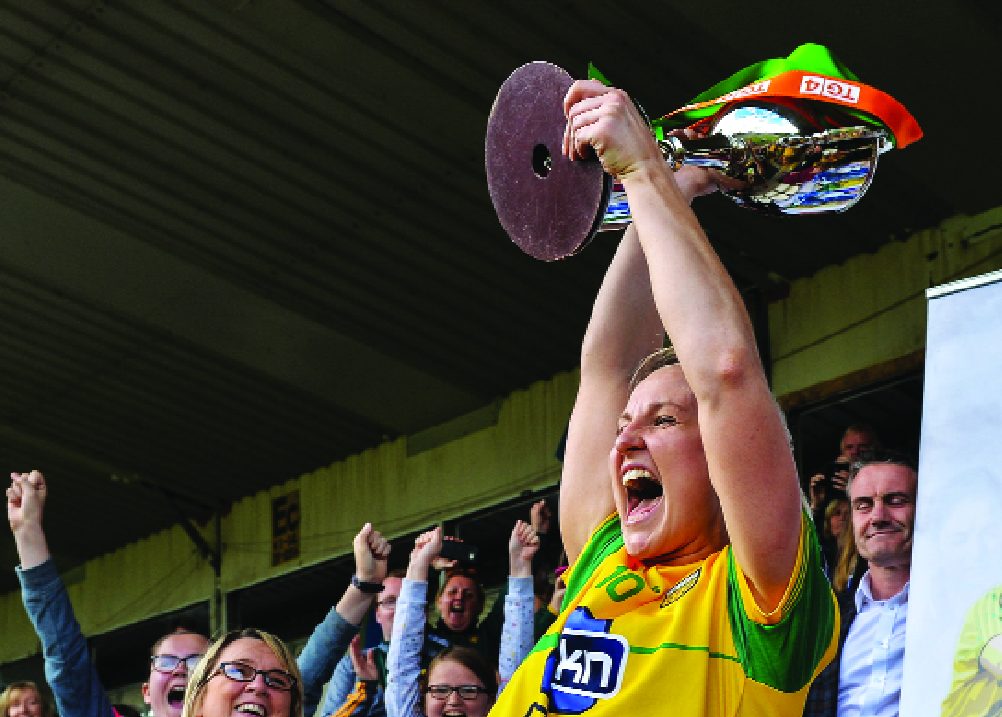 AS the last of the provincial finals have taken place in football, hurling and ladies’ football it’s fair to say that the summer really does bring out the best in GAA supporters.

One of the things that I truly miss about playing county football is the outpouring of emotion on a large scale often seen on provincial final days. This raw and unedited joy is not only hard to come by in other spheres but for its pureness it simply cannot be replicated.

Wexford did last Sunday or Roscommon did a few weeks ago, then the answer will be yes every time.

I wasn’t lucky enough to win an Ulster final however I did play in one in 2011 in which Donegal won their first title in 19 years. As the final whistle sounded and Clones descended in a colour of green and gold, I was at the far side of the field from the tunnel.

As the disappointment sank in I didn’t see myself taking into a canter to get off the field and down the tunnel. Even as a mark or respect, it was only right to stay out for the presentation. As I made my way across the pitch being bumped into and by the half of Donegal, I just took it for what it was. There was no malice in it and 99 percent of those didn’t even realise they were doing it. Had the shoe been on the other foot I’m sure the Derry support would have been equally as raucous.

The point is as we have seen over the last few weeks, those few minutes after a final are ones in which supporters show it actually means to them. Look at the Munster final last Sunday as evidence of this. Limerick, a team who won the Liam McCarthy last year, won the provincial title. The All-Ireland win last year certainly didn’t diminish their joy of winning a Munster this year. Looking at the scenes after the match you would have thought their famine for success had lasted 50 years.

This was equally evident for Roscommon who were playing in their third Connacht final in a row. They won the trophy two years ago however with the mini pitch invasion even before the match had ended you would have been mistaken for thinking this was their first ever. Seeing Enda Smith and Conor Cox being carried aloft on the supporters’ shoulders made for fairytale stuff.

Then you also have Wexford last Sunday (and Monday by the looks of the pictures) and Donegal men’s and ladies’ footballers in Clones two weeks running with their own provincial successes.

In the middle of all this are the players. Ever since the GAA sought to prevent pitch invasions post games in 2009, certainly in Croke Park there has nearly been a greater will from supporters to make them happen.

The reasons are of course legitimate. Insurance costs are through the roof and if you have thousands of people spilling onto a pitch at any one time there is the recipe for injury. It’s also said the players are the ones who should get to saviour the celebrations with each other and thus the prevention of supporters entering the pitch allows this to happen. Initially I was in agreement with this. However the more I see scenes such as the ones in the last few weeks it has swayed my thinking.

Would I love to be held aloft by my own supporters? Of course I would. The adrenalin rush and being able to see the joy that you have helped bring to so many people would live with you for a long time. The players have the changing room as their safe space, the place where they can have that moment with each other where no one else enters. That is their sanctuary. The pitch is the sanctuary for all.

Most likely the scenes that we have witnessed in the last few weeks may not be seen again this summer, although maybe the odd ‘Super Eight’ game will throw up potential.

I can just imagine the atmosphere with Donegal heading to Mayo in their last game with Stephen Rochford along the line and both teams needing a victory to secure a semi-final place. Good luck to the stewards in Castlebar that night.

In all the years of the GAA and the amount of times supporters have spilled onto a pitch, I don’t remember too many documented incidents that called for such steps to be taken. Naturally enough there will have been some and some may take the view that one is too many as by in large they are preventable. However, in the grand scheme of things when you have players and supporters alike who are so emotionally invested in each other it’s a GAA practice which will be hard stopped.