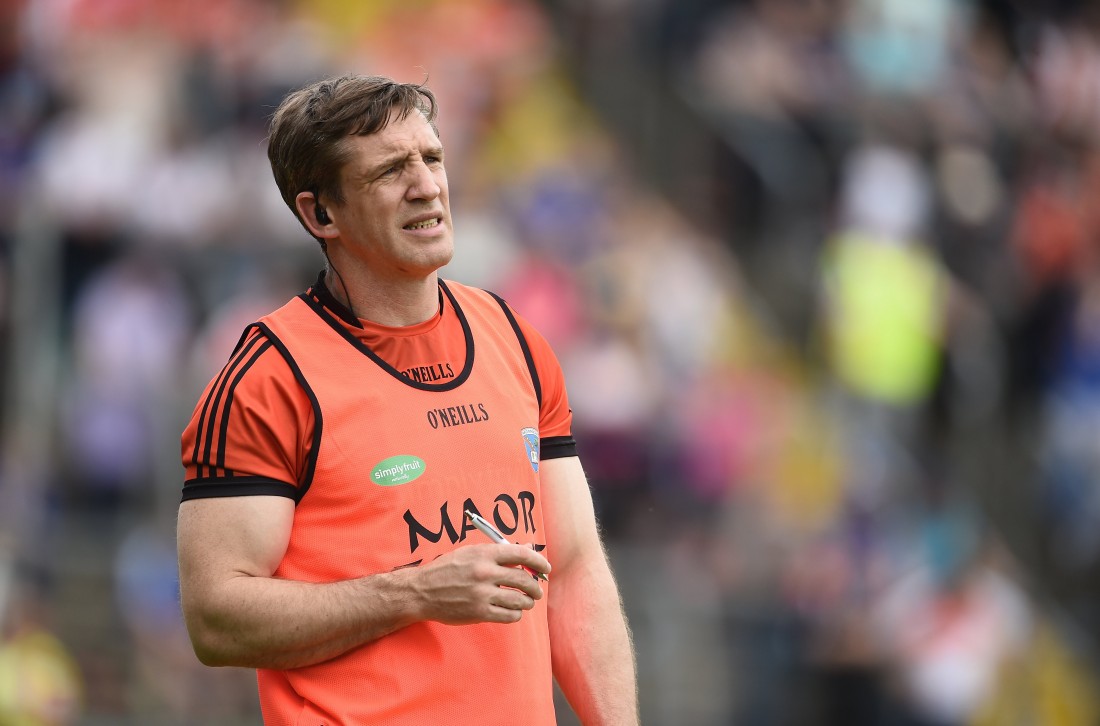 THE proverb ‘patience is a virtue’ means that it is a good quality to be able to tolerate something that takes a long time.

Patience is a quality that a lot of us can possess in large amounts but then it is also something which a lot of us might have very little of – it probably depends on the scenario and expectation.

So when talking about patience it should also be intertwined with expectations. For instance, I might show great patience with my wee man when going through his home schooling and trying to explain to him the difference between 12-hour time and 24-hour time as it can take an hour.

But then sitting behind someone at a petrol pump and for them to fill the car and go in and do a 10-minute shop – that I have no patience for at all.

When talking in football terms, patience is something which is severely lacking in most scenarios.

Looking across the water at Frank Lampard and his removal from his post it seems the Chelsea owner simply lost patience with their favourite son.  In reality it was always going to end one way.

Closer to home the GAA works in much the same way. Unless results are instantaneous you soon find that both the manager and the players start to feel the pressure straight away.

Talk of a project and a three to five-year plan to change the mind-set of a team is soon replaced by getting a few wins under our belts to keep the wolves from the door, and that might keep going in an endless cycle.

A manager who stays the course in such circumstances and comes through the other side needs to have a seriously thick skin and show a certain amount of resilience.

The current GAA scenario in the midst of a pandemic has probably bought most managers a bit of time. That will only last so long before the idea of a results-based business kicks in again.

If results are not seen to be forthcoming then only those managers who have built up a certain amount of credit  in the bank will stay the course.

Last year was seen to be a write-off for most teams who didn’t garner any success, as dealing with the pandemic was new to everyone. Many seasons only lasted a matter of four or five games and especially in the case of a new management team, the getting-to-know-you and preparation period was out the window.

I’ve a feeling as the winter months rolled in no one was thinking too far ahead into the 2021 season as the 2020 inter-county season ended.

However, a mere six weeks later and the patience game is rearing its head. GAA teams all over the country are waiting on some sort of green light as to when they can take to the pitch again.

Players who used to hate the thought of pre-season and would do anything to avoid it are now waiting like coiled springs for that message to be pinged into a WhatsApp group. Unfortunately for club players this could be a while yet.

The most likely scenario is that the county game will get the green light first. Given their competition starts six weeks before any club games are likely to start, they will need sufficient conditioning time before they take to the pitch.

As the weeks slowly ebb by, we can expect a date well beyond St Patrick’s Day and closer to Easter at this present time before any matches take place.

This extra time is also buying some managers more time in a job, whether it be their first year where they get to know them or if they are further on in their development.

Take the contrasting situations of Rory Gallagher, who had a truncated season with Derry ending in championship defeat to Armagh, compared to Kieran McGeeney.

With the new National League format throwing Derry into the tough side of the draw there will be little or no time to get up to speed.

Derry fans will most likely be wanting to see a development of the team in the first few games where one defeat puts a team under immediate pressure. Contrast with Armagh where Kieran McGeeney has waited years to get into Division One  only to be thrown into a mini Ulster Championship.

Armagh fans will likely have wanted the chance to play Kerry, Dublin or Galway as a change. There will be little change in the on-field personnel and style for Armagh and Kieran has built enough credit and has enough resilience to withstand a few early defeats. It’s off the pitch where there has been major change in Armagh and with more to come it will be interesting to see how this changes the fortunes of Armagh.

The most interesting change has been in Tyrone. While it was likely that this changing of the guard would take place, not many people saw it taking place as swiftly as it did.

The Logan/Dooher ticket has not had the benefit of multiple hours of training to get a new system in place. Feargal Logan talked about playing with a bit of a different style, a less conservative and more traditional way of playing but it will take time for players to revert back to this.

In games where the pressure is on, players will go with what they know and as they don’t have the comfort of seven league games to hone this style, it won’t be an immediate change.

Everyone is going to have to be very patient in Tyrone as different lines-ups and combinations are tried out. They will do what they can in Garvaghey  but that doesn’t mirror the real thing and it’s only then will we see real patience being tested.

Look at Pádraic Joyce  and  how his Galway team coped pre-Covid  and  how they coped after the lockdown.  The contrast was frightening. Like Pádraic, both Logan and Dooher will have enough credit  in the bank before they start to buy them a bit of time so you would hope that they get the chance to put their own stamp on things.

As I finish this I must go and check Ethan’s 12 and 24-hour times and if worst comes to worst, I’ll buy him a digital watch!