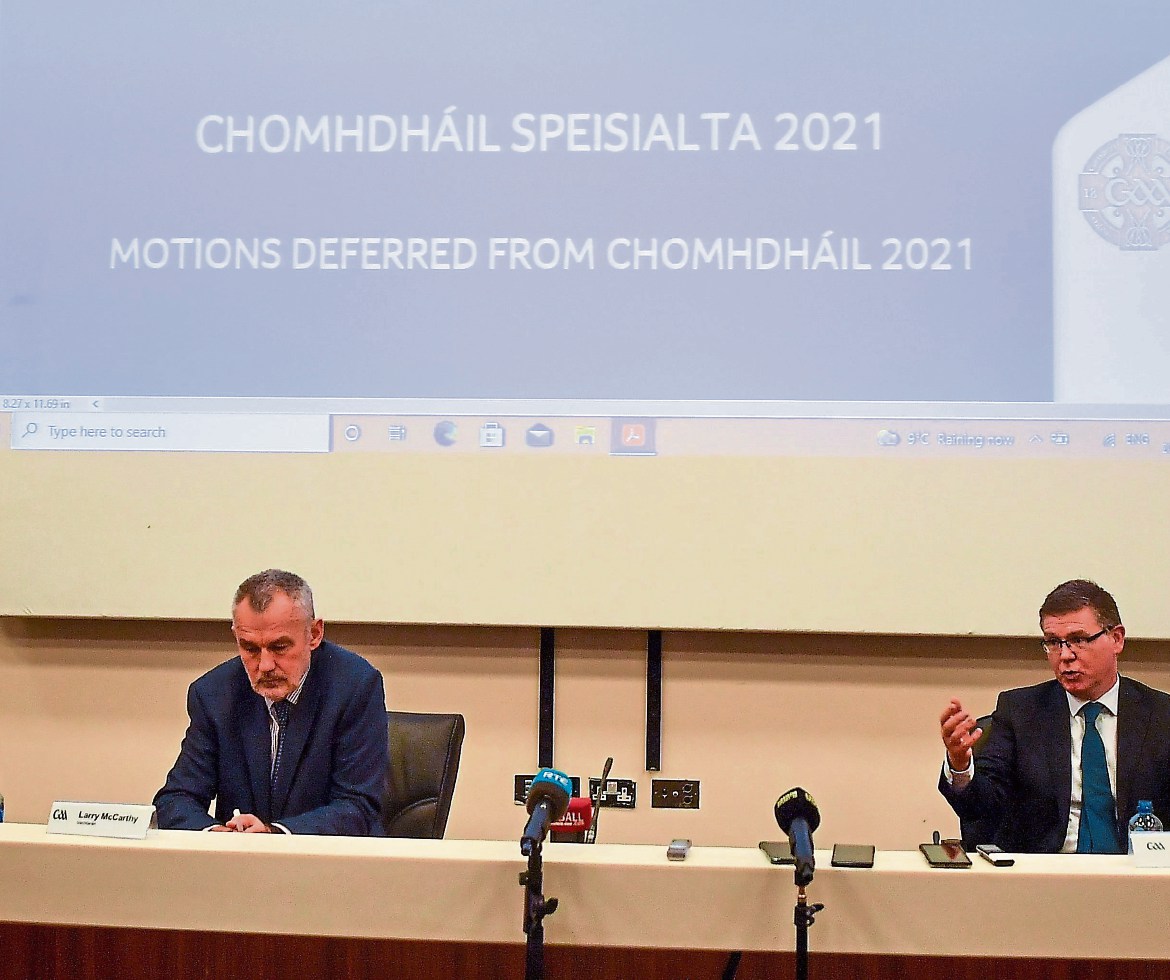 WELL, in two day’s time the landscape of the Inter County GAA will have changed dramatically.

Depending on what side of the fence you sit, there is a major decision to be made for Congress delegates at the weekend. There has been copious debate which has ramped up over the last 10 days or so. Newspaper columns, radio shows, podcasts and even the news have been filled with lively debates about what is going to happen this weekend.

In all circumstances, it’s obvious that most are looking out for themselves. I have to say that from the outset, Plan A does not appeal to me at all. The idea of redrawing provincial lines does not sit well at all. While it works for Galway and Antrim in the hurling – this is only because their own provinces do not run a provincial championship.

The idea of taking three teams out of Leinster and one out of Ulster to compete in the Connaught and Munster championships, all while a provincial championship is still running in Ulster and Leinster is a poorly thought out idea and only serves to punish the weaker teams in each province.

If it had been the case that a different team is taken out each year on a rotating basis, beginning with Tyrone and then Dublin and Kildare you would have seen a completely different approach taken by the more influential counties in each province. To say the bottom ranked teams in each province should be moved to a different province and play two groups of four does not solve any issues at all.

However, this seems to be the preferred option among the GAA officials in each province, and why not?

They all know their respective provincial championships are their cash cow. It gives them a certain amount of control within the GAA with regard to the provincials and their standing with respect to the All Ireland Championship.

The other option known as Plan B seems to carry more weight with the players. Now I do take that with some trepidation. In the region of 80 per cent of players are in favour of it, but who is to say someone who is a county player now will be one next year or in two years’ time. That is the one issue I always have with the practice of picking new management and allowing current players an input, sure who is to say the player(s) in question will be playing under a new manager.

None the less, back to the subject matter at hand, it does look like the players are lobbying hard for Proposal B. On the face of it, it does look like the better option. It is always argued that the league is a better competition than the championship as it pits teams of a similar level against each other more often. This is what Proposal B does, so from that point of view it should even things up a bit.

It also gives players more championship games, at least seven games. This is in contrast to the current format where 50 per cent of counties only get two games. So more competitive games, most likely less training, it is easy to see why players would be in favour of it.

However, there are flaws with it too.

A system whereby the 6th – 8th team in the top division does not get through to the All-Ireland knockout stages but the 9th – 11th ranked teams along with the 17th and 25th ranked teams do is not right. I know they are trying to be creative and think of ways to keep teams incentivised and playing all their games out with the same effort and preparation to avoid dead rubbers.

There are better ways of doing this but at this stage of the game, with Saturday looming those are the only two options on the table at present.

Whichever way it goes, it will likely be more monumental than the qualifiers 20 years ago.

That seems such a long way off at this stage and to be fair, at the time they were brought in the qualifiers served a purpose and brought GAA exposure to a new level and brought it into the consciousness and homes of people for a lot longer during the summer.

However, like everything else, the GAA must move with the times but it just seems there has been so much tinkering with a lot of elements of the GAA over the last few years it can be hard to keep up with it all but I would imagine Saturday will be one vote where everyone is glued to it. 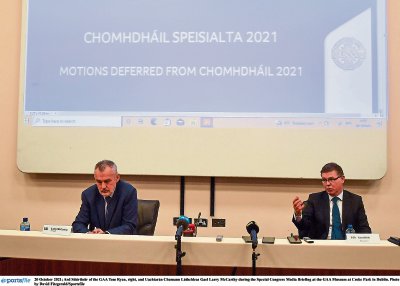