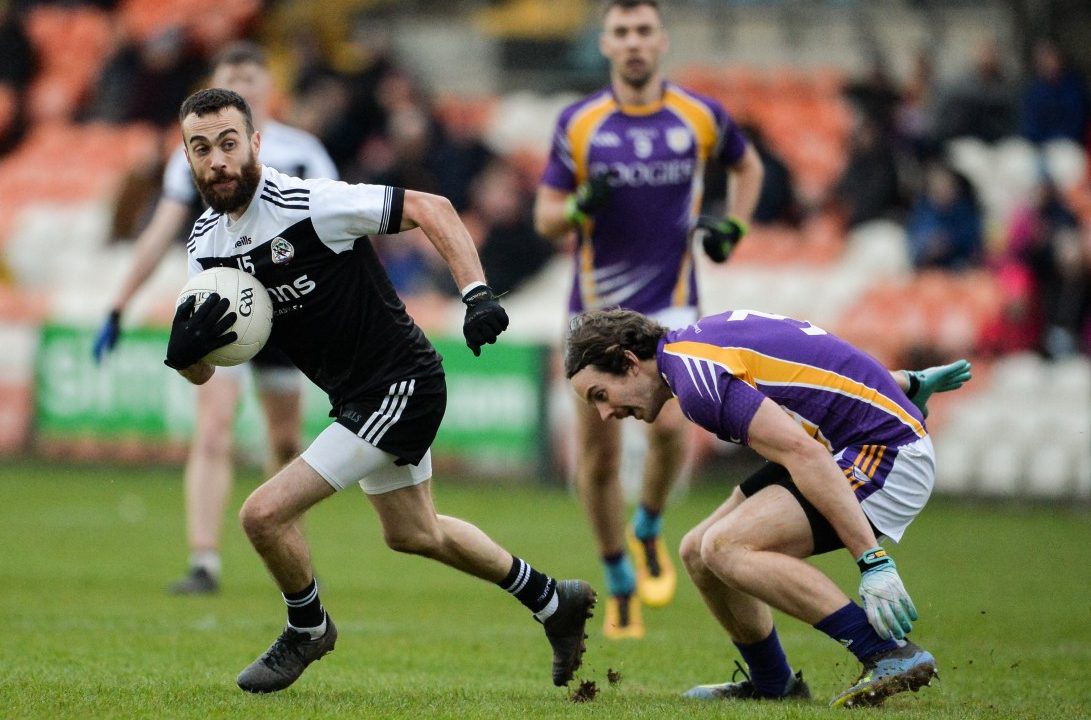 CAN Kilcoo finally get over the line in Ulster or will Naomh Conaill continue where Gaoth Dobhair left off last winter and return to Donegal as kingpins of Ulster?

This being the case, the experience for both teams won’t be something entirely new with Kilcoo likely having a slight upper hand here as their last final was as recent as three seasons ago.

Indeed it is fair to say but for Slaughtneil and Crossmaglen producing extremely strong teams in this era, Kilcoo may have won one already. Either way there will be a new name on the cup come next Sunday evening – if we do get a winner!

Going on form in the last four or five weeks, Naomh Conaill would most likely be slight favourites for this match. The nature of their victories over both Castlerahan and Clontibret has been more convincing than the victories of Kilcoo.

That being said, just because the scoreline suggests so it doesn’t mean to say that Kilcoo had to scrape over the line in either of their games. If you look at their scoring right throughout their championship campaign from back when they started, they very rarely beat teams by more than one score.

On first viewing that looks like there may be an element of luck attached to their victories but there is also a certain degree of control and a very measured approach attached to all of their performances.

They seem to be able to come up with the big score at the vital time of the game as referenced by their goals in the games against Warrenpoint, Magherafelt and Derrygonnelly. This allows them to largely control the pace which the remainder of the game is played at and it is largely on their terms. They simply don’t do panic.

This has been harnessed over the years as they have massive experience within their ranks from winning seven out of the last eight Down Championships. Add this to the fact that they have a management team of Mickey Moran, Conleith Gilligan and Paul Devlin and they will relish going into the game next week as underdogs.

The experience that Mickey alone brings to the camp cannot be underestimated. Having won three out of four Ulster titles with Slaughtneil from 2014 through to 2017, he is now guiding a Kilcoo team back to an Ulster final when most people had said they were past their best. You can see Mickey’s coolness and calmness rub off on the team.

While I have never played against Kilcoo, they have a reputation for being in your face, confrontational and very aggressive and I have borne witness to this in games versus Slaughtneil in 2016 and 2017.

They seemed to have moved away from this tactic and play with a lot more calmness and coolness. This is not to say they still don’t have that tough outer exterior that it takes but I just feel that Mickey and his fellow management team have added that something different and that could be the final piece of the jigsaw.

Their opponents Naomh Conaill have probably blossomed since they came out of Donegal. Having won their club quarter-final by four points and their semi-final by two, it took them three games to get over Gaoth Dobhair by the narrowest of margins.

Watching a few of those games it’s hard to believe this is the same team that defeated Castlerahan and Clontibret by three points each. It is more the nature of their victory in both games that is so impressive.

In both games they were in complete control, winning by six or seven points for long periods of each game. To get to this point they have had a very tight defensive unit and a forward line equally as impressive.

In their midfield of Ciaran Thompson and Leo McLoone they have a pairing that would look at home in most county set-ups and it’s from here where a lot of their victories are won. They are able to win the majority of primary possession each time they go out. This gives their forward line more possession and conversely keeps the ball away from the defensive end of the pitch.

This is an area where they will most likely target against Kilcoo. The Derrygonnelly coach commented in the aftermath of their defeat that they were unlucky having done a lot of things right, one of which being they made a point of ‘going after’ the Kilcoo kick-out as he put it.

With Kilcoo having less physically imposing men, it was a tactic that worked for Derrygonnelly and it was their failure to be more composed in front of goal which was ultimately their downfall.

Naomh Conaill won’t have this issue in front of goal as they have been quite clinical so far so one can assume that it is definitely something that they are likely to explore.

If you are asking me to call a winner nines days out my opinion will change two or three times in between, so given that don’t be surprised to see a draw on the cards.

Given that the Ulster Intermediate Hurling final finished a draw and it was winner on the day, penalties were used to determine a winner. Don’t be surprised to see this method used with one of the goalkeepers being crowned a hero by the end of it.