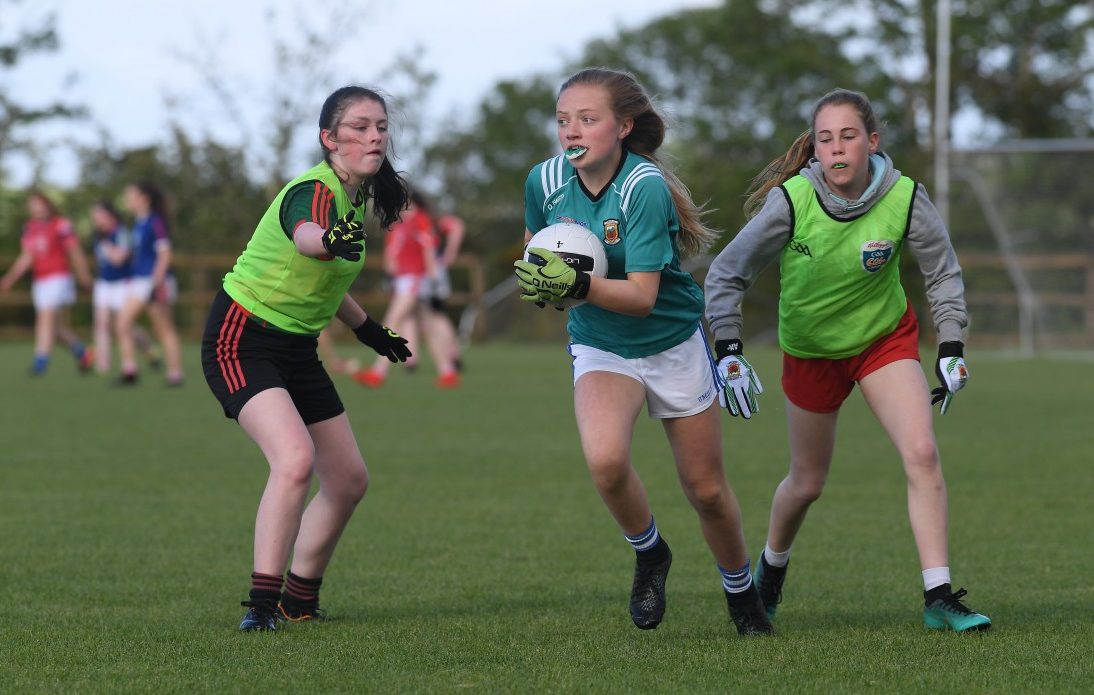 I’VE spent seven of the last days 10 involved in underage football from u-8s right up through to fresher’s level at university. I have to say, the difference between those levels right through to senior football could not be more stark.

Our club ran two superb tournaments at u-8 and u-10 level a few weeks over a full weekend. Over the two days we had 38 teams competing.

For the u-8s, my own wee boy is a part of the team so I like to be about all the time so that when he does play and looks over to the sideline, he knows I am there. This can make a massive difference in a child’s development.

I certainly don’t push or force him in any way but if I didn’t take an interest then he might not either.

For him it’s just about getting down to the pitch and playing with his friends, doing press-ups, waving to ones in the crowd or pointing to the birds in the sky.

At the start I found it somewhat strange that he wasn’t throwing himself headlong into tackles, demanding the ball and getting stuck in, but now it just amuses me. The fact that he even wants to go to the pitch and take part is more than enough for me.

Ethan is only seven so at that age he is only starting to learn that he might be interested in different things like the guitar, and ultimately if Gaelic is not one of those things then so be it, as long as he enjoys it when he is playing it.

This is the same for the majority of the children in the team. They were just as interested in the muck pile that was developing between the pitches than they were with what was going on in between the white lines.

Fast-forward then to the next day and I was referee for a full day at the u-10 blitz.

With 22 teams involved, I reckon I would have refereed in the region of 15 games, all of which were 10 minutes long.

At this age it was a bit more competitive than the previous day, mainly because the children themselves were two years more developed and the skill levels were quite high.

I have to say that over the course of the day I enjoyed the refereeing.

The players and the coaches and were so respectful and I think the vast majority of coaches realise the realm that they are working in and the example they are setting.

It was obvious that most teams were conscious to give everyone game time. Some of the games I refereed went right down to the wire and at the end everyone could shake hands and remember that they were just children.

There was one incident over which I have a regret. For obvious reasons the team and person shall remain nameless as it would not be fair to name them, but as referee in a match there was a coach who berated a young lad for kicking a ball away using an expletive and then told him on no uncertain terms, using an expletive again, not to do it again.

This annoyed me at the time and I would have been well within my rights to stop the game and ask him to either leave the pitch or his team would have to forfeit the game.

I didn’t do it as I maybe thought it wasn’t my place to tell him how to run his team but upon speaking to a local schoolteacher, who would always be thinking about the duty of care to children, she told me that I should have taken that exact action.

I know sometimes people maybe lose the run of themselves for a split second but that wasn’t the case in this incident. It was the only time over the two days that I heard or saw any sign of disrespect by a coach or a player.

Of course when players lose they are in bad form, often at that age its tears but when they all get the goodie bag at the end it is quickly forgotten about and never mentioned again.

I can’t stress enough how they literally are just children and if anyone is in the situation that I was in last week, I would implore them to take action. Moving further through the week, I was involved with the Glenullin u- 16s.

I have been involved with this same group now for three years and I have to say I thoroughly enjoy it.

When I first started out a few years ago I was all serious about planning training and making sure that for an hour and 20 minutes they were fully engaged and focused.

However over the past three years these fellas have relaxed my attitude towards it a little. As a result I enjoy it a lot more and I think the players do too and they don’t learn any less or develop any less as a result. In fact I genuinely think they are developing more.

Of course everything can’t be perfect or a bed or roses but I could probably count on one hand the amount of times I have gotten cross or angry at any of the lads.

They are good craic for the most part and I try to engage with them on their level.

In our management team we have a good dynamic in that the lads all have sons on the team so I get to be the one to have the craic with them about their non footballing interests, whether that be girls, farming or going to concerts, etc.

These lads have taught me more than they realise. I would implore anyone to spend time in or around an underage set up if they can before they get involved in coaching at any adult level. It will definitely open your eyes to what is really important in development of the children and sport in general.

Of course we all want to win but the quicker you realise that we all can’t win the better. It’s about what you do with the children, how you make them feel when playing sport.

In 10 years’ time these fellas will not remember the score in an u-16 league game in Glenullin on a wet Thursday night but you can bet that they will remember the coaches, how they made them feel, their attitude towards them and if that was a positive or negative for them.

That is the most important message I have learned working with young ones.