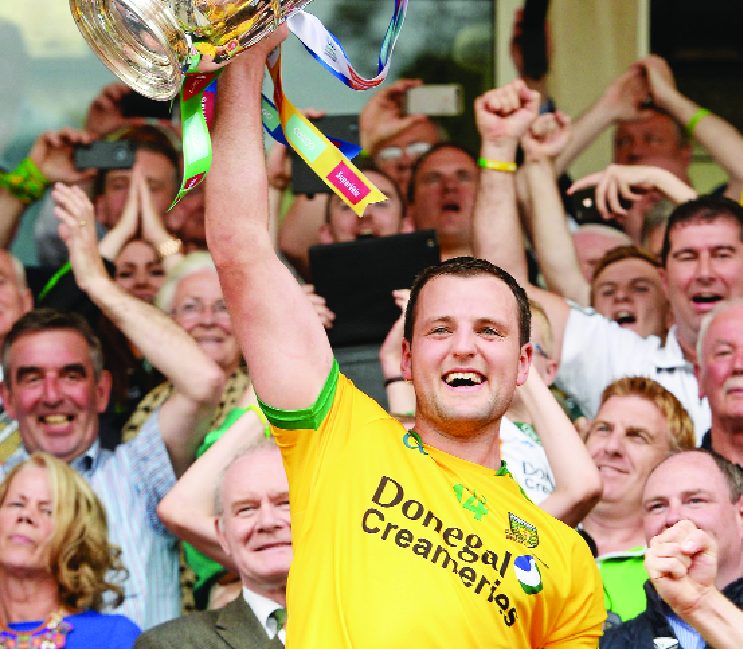 I HAVE to say that my head rules my heart with respect to who I think will climb he steps of Clones on Sunday afternoon.

Before I go into the reasons why, I must caveat that by saying it’s not through any particular dislike for Donegal but more so the fact that my in-laws to be are from Cavan so I spend a fair bit of time down there now.

However, on this occasion I don’t think that Donegal are prepared to indulge in any fairytale story and I think that they will claim their fifth Ulster title since 2011, all of them captained by Michael Murphy.

This is a remarkable achievement for both Donegal and for Murphy on a personal level who are appearing in their eighth final in nine years. This level of consistency and experience is just one of the reasons why I think Donegal will have too much for Cavan.

The main reason is basically that they have superior players. This is by no means a slight on Cavan who have proved their worth so far in their three games, however in the current Donegal squad there are simply more top line players, players would you would class at the top end of the scale.

Given that Donegal have a superior set of players, the next obvious stage to look at is how the two teams set up and look to see if Cavan’s set-up is primed so that they can stifle the Donegal set up while enforcing their own style of play on the match.

While the answer to this is not as clear-cut, I think it is case of probably not. Again, this is by no means disparaging to Cavan or their management set-up, it’s just that Donegal are that bit further down the line in terms of development as a team and the way they play makes their system much harder to beat.

Cavan have played mostly the same way all year, the only difference being a change in personnel. They were unlucky in the league in a few games but they have become somewhat of a yo-yo team in the last few years.

They have enough quality to be at the top end of Division Two but are probably short of that bit of quality for a sustained run in Division One They play a pretty attacking game, scoring 1-53 in their three games, however this should be noted that with two of the games being against Armagh, Cavan’s attacking game suited Armagh’s attacking approach. They were able to punch holes in the Armagh defence and get men into the scoring zone by keeping width in their game, drawing Armagh out and then quickly shifting the ball across to the centre and down the middle towards the scoring zone. While this worked time and time again versus Armagh, the same tactic might not reap the same dividends against Donegal.

Donegal are well used to playing this tactic themselves therefore they will be well set up to protect against it. Donegal won’t get sucked out towards the ball and this will create the first problem for Cavan trying to get in or around the scoring zone. If Cavan do break this zone then Donegal will always have at least one or two extra players in behind who are protecting he ‘D’ similar to what Hugh McFadden did against Tyrone.

You can bet that Donegal won’t change from this. I was in Croke Park to watch Donegal versus Meath in the Division Two final and see the damage that Mickey Newman inflicted on the Donegal defence in the first 20 minutes. Many observers think the introduction of Neil McGee was the turning point however I believe it was the stationing of Leo McLoone as a sweeper in front of Newman.

I feel that Brendan Cole may have reason to feel annoyed given he was not afforded the chance to mark Newman with the protection of a sweeper as he was having a good season up to that point. With Donegal flooding this area with men this will make it difficult for the likes of McVeety, McKiernan, Murray and Reilly to create the space afforded to them versus Armagh.

You can always opt for the odd long range score which Moynagh and Clarke have proven very capable off but these scores, while they can be majorly uplifting are not going to be enough to keep a scoreboard constantly ticking over.

The tactics on the kick-outs will be very interesting. In the Tyrone game Shaun Patton had a remarkable record on their own kick-outs, securing 24 out of 25.

Tyrone pushed up, but evidently not aggressively enough. At this level all it takes is that two or three yards of space needed for Patton to find a team-mate.

With Donegal winning the kick-out and Tyrone having pushed up it left 6 v 6 at the back. This is the danger for Cavan. If they push up they better do so really aggressively and make it a 50/50 scrap for the ball. If they go half-hearted or switch off they be would be safer to retreat a line and let Patton tap the ball to one of the corner-backs and make Donegal work the ball 150 yards to their goal.

One aspect that I expect Cavan definitely not to be found wanting in is hunger. This is a word that is often hard to quantify but I can just imagine the pride with which Mickey Graham will send his men out with on Sunday.

He is the first native Cavan man to lead his county into an Ulster final since 1983 and he will have to get his charges to raise the intensity even a little further on Sunday than they have so far. That will make for a frantic first 15 minutes and once the dust settles, I’d expect either team going down the home straight will be hoping that they are within three points of the other.

I had a quick search of my jersey drawer at home and was able to put my hands on two Cavan jerseys, the first one from 2004 when I marked Jason Reilly in a Qualifier game which Derry ended up winning 0-25 to 2-9 after we scored 10 unanswered points in extra-time. The other is from a Qualifier game in 2016. As you can imagine there is a massive difference in the style of the two jerseys but the in-laws can fight over them.

Should Cavan prevail on Sunday and win their first Ulster since 1997, I will quickly remind them that the victory against Derry wasn’t really a victory at all. 22 years ago.

While the history books will say 1-14 to 0-16 in favour of Cavan, if there was ever an advertisement for Hawkeye this was it . A Raymond Cunningham score which was wide by a good few feet was somehow deemed a score by the officials so Cavan actually drew the game and got awarded the Anglo Celt Cup, but sure as a Derry man I’m not bitter.

If the same scenario occurs on Sunday I don’t think it will bother the Cavan folk too much but for now I am going for a Donegal victory by three.