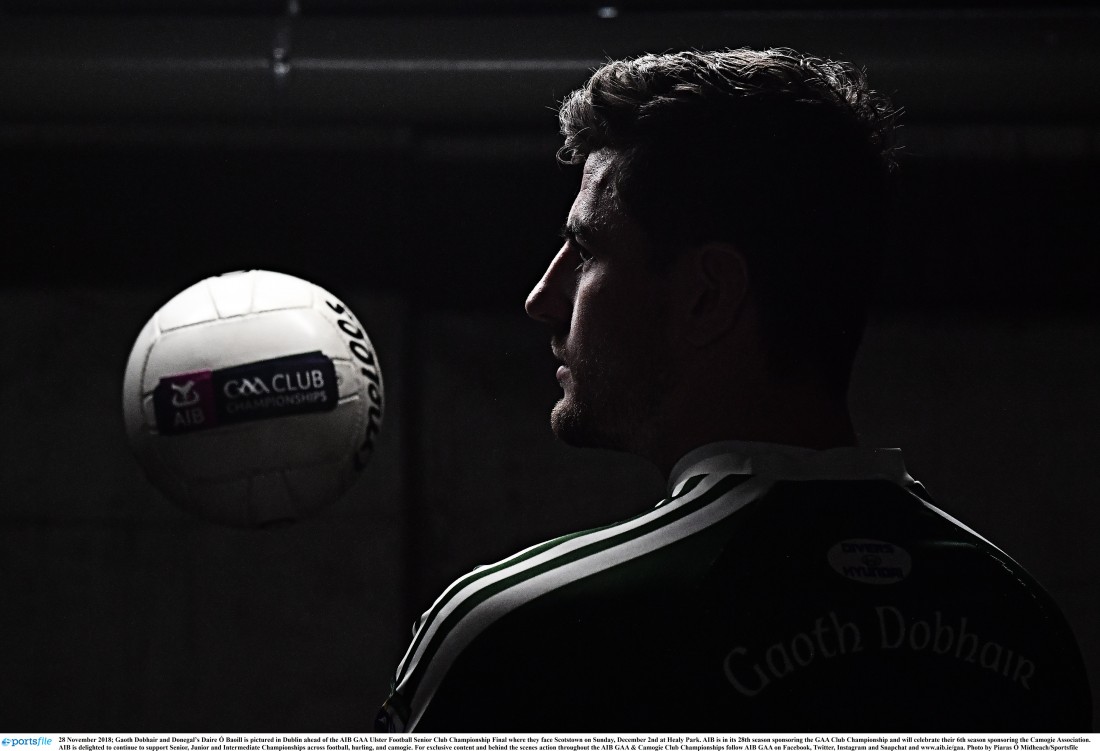 The Case Studies of

Player X contacted me with this very common ‘presenting problem’.

“I can’t shoot. I play in mid-field; I often find myself with the ball in ‘scoreable’ positions, but I look around for someone to fist it off to. It slows down the team’s momentum, and breaks down our attack. And younger players are coming through the system who can play where I play, but can also contribute on the score board. I’m worried about losing my place.”

GF – What have you been doing about it?

Player X – I do extra shooting practice, and I’ve been working with my Sports Psychologist to change my self-talk as well as setting different goals.

Player X has been an inter-county player for a number of years, with more than 20 championship games under his belt. Questions of lacking technique/ability are no longer relevant at this level, so extra practice was not beneficial – in fact it only added to performance pressure. Positive self-talk was also not proving helpful (I will explain why later).

Player Y was one of my first clients. He contacted me with another extremely common ‘presenting problem’.

“I was a county under 21, I ruptured my cruciate ligaments and have never been able to find the same form again. I’m coming towards the end of my career and feel like my injuries stopped me from leaving the legacy I know I could have had. When I look at my career I feel extremely sad and it has a negative effect on my personal life, and how I feel emotionally about myself. I’m spoken about in my town as someone who ‘could have been’ a great player, and this label has left me feeling extremely deflated.”

GF – What have you been doing about it?

Player Y – “I train hard, but I can never seem to find that fitness again. I tell myself I can, I read books about how to incorporate positive self talk into my game, but physically I can’t. Something is stopping me.”

From both players I asked for the same things: a comprehensive list of all the physical injuries they had accumulated over their careers, and another list of every emotional trauma, feeling of embarrassment, shame, fear, pain that they had associated or accrued while playing – from their earliest memories of competitive sport.

Unsurprisingly, both players had picked-up quite a number of injuries – it is an extremely physical sport after all. However, Player X’s injuries were ‘minor’ – muscle strains, sprains and a broken finger. What was interesting was that Player Y had accumulated a series of much more significant injuries after having ruptured his cruciate ligaments – hamstring tears, lower-back injuries – all leading to significant spells of not playing.

Shockingly, though, the lists of emotional traumas were extensive and started at extremely early ages. From as early as under 8, verbal criticism from parents, coaches, spectators, older players – a catalogue of nasty attacks from those opinions which mattered most to young players growing up. A series of public embarrassments and shamings which were still lingering in both players systems as adults, and still affecting their games.

Both cases are different expressions of the same thing – accumulated sports trauma. Both players have tried to consciously change their fortunes, applying the popular positive self-talk techniques of sports psychology, and basic ‘work harder/train harder’ stubbornness of yonder year, but with little or no success. Hopefully this is something that we are starting to move away from. Conscious coaching does not work. You can not cure the phobia of flying by telling the client that ‘more people die on the way to the airport than from flying’. You can’t improve someone’s performance by telling them they need to “pull their finger out” or “put more effort in.” Emotion is stronger than logic.

With every case of RSPPs, the answer lies in accumulated trauma, both physical and mental. The subconscious mind is the vault which stores all trauma, and it does this for a very good reason – to avoid experiencing pain in the future. Years of evolution have created an extremely efficient survival mind; it notes every moment of trauma, and will avoid a repeat at any cost, even ruining your performance to do so. Training harder will not defeat the subconscious mind – nor will positive self-talk or even will-power.

With both cases I carried out the same process of Sports Hypnotherapy. This is a technique which creates a direct line into the subconscious mind, by-passing the analytical mind, and opening up the stored limiting beliefs and traumas to be understood and then released.

In hypnotherapy Player X revealed the limiting beliefs which were causing this behaviour of refusing to shoot in games. On multiple occasions, at underage level, he was publicly humiliated for missing, with both manager and parents abusively chastising him for not passing it off to someone else more capable – an all too common feature of underage football. On one occasion he was even substituted for missing, and appallingly the decision was applauded by his own support.

These emotional pains were now manifesting in his body’s refusal to ‘pull the trigger’, even though he knew he had the ability to score.

Since working together, Player X has been released of his fear of missing, and in the national was shooting freely. COVID-19 has stopped play, but we are continuing to work on other aspects of his game.

In hypnotherapy Player Y revealed the extent of a devastatingly embarrassing substitution after only 10 minutes in a county under 21 game. The substitution was unwarranted, and left Player Y feeling completely vulnerable and unsupported. This belief that he was not supported had a knock-on effect in his next game when, quite literally, his knee could no longer support his body and resulted in the rupturing of ligaments. A string of ‘support’ injuries had then plagued him throughout the rest of his career because his subconscious mind had downloaded the limiting belief that playing the game only lead to embarrassment.

After our session together, Player Y completed a full preseason – injury free – and had been able to maintain a level of performance that he was delighted with until the season was halted due to COVID-19.

What we must remember is that thoughts are things. The information we allow into our systems, positive and negative, has tremendous affects on how we function – not only in our sporting lives but in our personal lives also.

The subconscious mind is always taking note and finding the path the least resistant for our survival, whether that be forcing us to avoid taking a shot, causing us injury to avoid the embarrassment of playing, making us physically sick with nerves and fear before a game, repeatedly pulling our hamstrings or groin muscles, avoiding the ‘big hit’.

But it doesn’t have to be this way.

Using Sports Hypnotherapy as a direct path into the subconscious mind has now become the norm in professional sport. Athletes are going beyond the conscious realms of sports psychology, into the subconscious, and erasing old limiting behaviours to create new peak performance. Limiting factors of our ‘game’ can now be a thing of the past.

Gareth Fox is a qualified RTT Therapist and Sports Hypnotherapist working with inter-county footballers and other athletes. For information go to www.gareth-fox.com or contact@gareth-fox.com