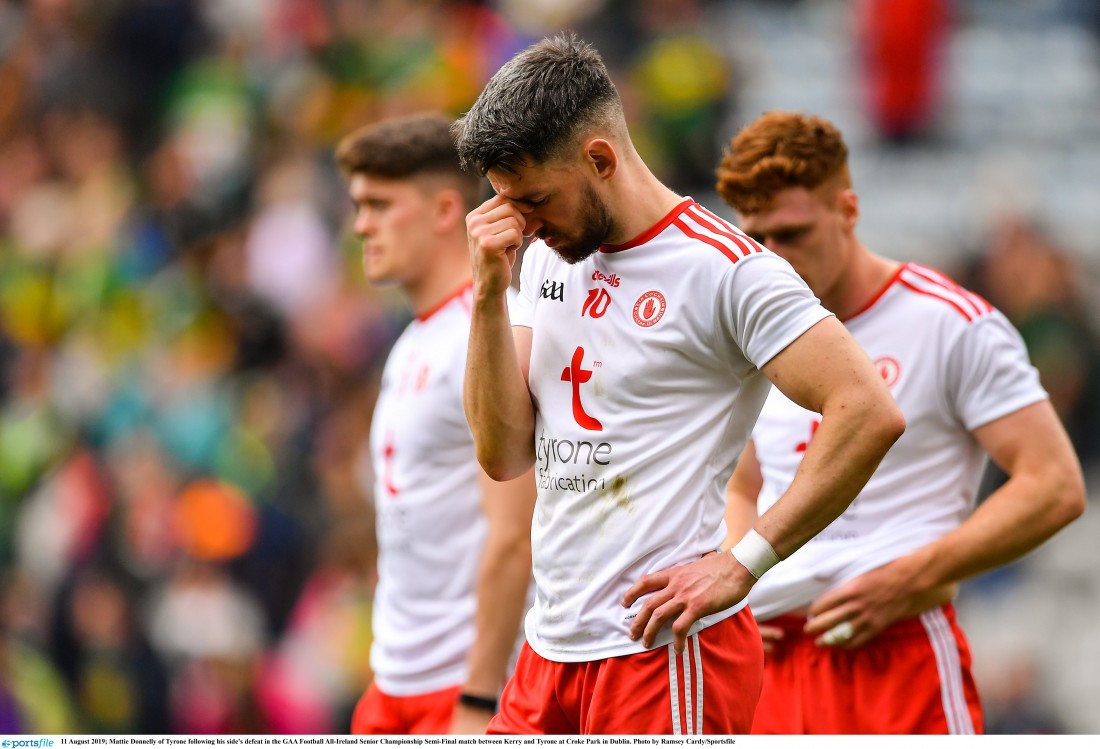 The No Man’s Land

French philosopher René Descartes said, “I think, therefore I am.”

In the microcosm of rural GAA Ireland, this philosophical proposition could be adapted to read “I perform, therefore I am.” Performance is status – social or other – and any slump in performance can jeopardise your position within the group.

Our village heroes are the men and women who sacrifice their time and energy to create a sporting spectacle – gallantly pushing themselves to the brink and beyond in our never-ending Club Wars. Village morale depends on the game; its upkeep relies on the result. You may say that this is an exaggeration – I say that the GAA is the sow that feeds her farrow. It is the spine of village life; its committees, its communities, its social facilities are what allow us to keep on keeping on. And we love it for that.

In the small towns and rural villages of our country, personal identity is based on two factors: how good a player was your da? and how good a player are you? To have a positive response to both criteria lifts you into the echelons of high authority, almost regardless of personality or extra-curricular habits. To have one out of two will get you respect and appreciation. To have neither creates an almost non-entity, whose authority is minimal, unless they can find other opportunities to compete and show their value – which for the most part manifests around drinking and gambling. Then we have the non-GAAer, an unknown entity, an outsider – the perpetrator of so many uncommon habits, lesser seen much lesser heard.

Why is it vital to perform well?

The pressures around positive performance are twofold:

1. Performance in itself to achieve individual and team success.

2. To hold your head above water in a small, tight-knit social environment, where not only your individual reputation, but also that of your family (because the upkeep of family name is paramount) is at risk.

So much rides on how we play; it is no longer a game, for a lot of people it has become significantly more.

So what happens when you are inexplicably underperforming?

As a Sports Performance Hypnotherapist, this is what I have learnt.

Inexplicable underperformance can be perilous. RSPPs, as I explained in my first article, are responses to danger that are hard-wired in our brains and bodies and these survival mechanisms are totally involuntary and instinctive, so we don’t have conscious control over when our systems perceive a threat in real life or on the field. They are the cause of performance slumps, choking and freezing. The athlete’s first solution is to try harder, but this fails miserably because the problem is not a physical one. The more conscious and analytical they get about their performance, the more the athlete will struggle. Their best efforts to resolve the issue are constantly met with failure. Impatience and self-directed anger (as well as anger from coaching staff and spectators) add more fuel to the fire, producing more of the stress hormone cortisol, further tightening muscles and ensuring that the problem will worsen. The repetitive cycle of trying harder, failing, then trying harder sends the player’s performance spiralling downwards – the slump cycle – they find themselves caught up in a vicious cycle that they are unknowingly maintaining.

And as many of my clients claim, what makes matters worse, what makes the recovery of ‘good form’ almost impossible is that those feelings of shame and embarrassment go far beyond the limits of the field. Bad performances can follow an individual into their daily lives. The negative, abusive voices on the sidelines on a Friday evening sit beside us at Sunday mass. Those who shouted that we be substituted, hand us our milk and bread in the local shop. There is no hiding from poor performances – your neighbour can be your loudest critic.

If the pressure of performance is twofold, then the fallout from performance slumps is twofold also. And these fallouts, by nature, keep the slump cycle in motion. Losing your place on the team is inevitable, and a devastating blow to self-esteem. But according to my clients, the consequences can often be felt socially, too. If you are not playing, after a run of poor performances, then you risk entering into no man’s land, where your value becomes difficult to define. For anyone who has experienced long-term injury, the pain of not playing can be mentally and emotionally debilitating; you are an outsider, unable to take part – but this can be reconciled easily with the physical presence of the injury. But to anyone not playing because of performance problems, there is no reconciliation. You are simply not good enough.

So why am I singling out GAA communities when writing about individual performance?

Because I don’t think they are set up to help the individual who is performing badly. Their social structures are archaic; too much respect and authority is given to top performers, and this only heightens anxieties for those struggling to reach ‘acceptable standards’ or who can’t find the form they once had. Too many young men and women find themselves ostracised because of a lack of understanding and acceptance of RSPPs and poor performances. And pushing people to the outskirts of social connection can have harmful effects on emotional health.

“I perform, therefore I am,” and if I am not performing then, quite simply, I am not.

Our GAA communities are a thing of national pride. They provide us with a language, a means of instant connection no matter where we find ourselves in the country – with inclusivity at its core. But performance must not reign supreme otherwise the sow will eat its farrow.