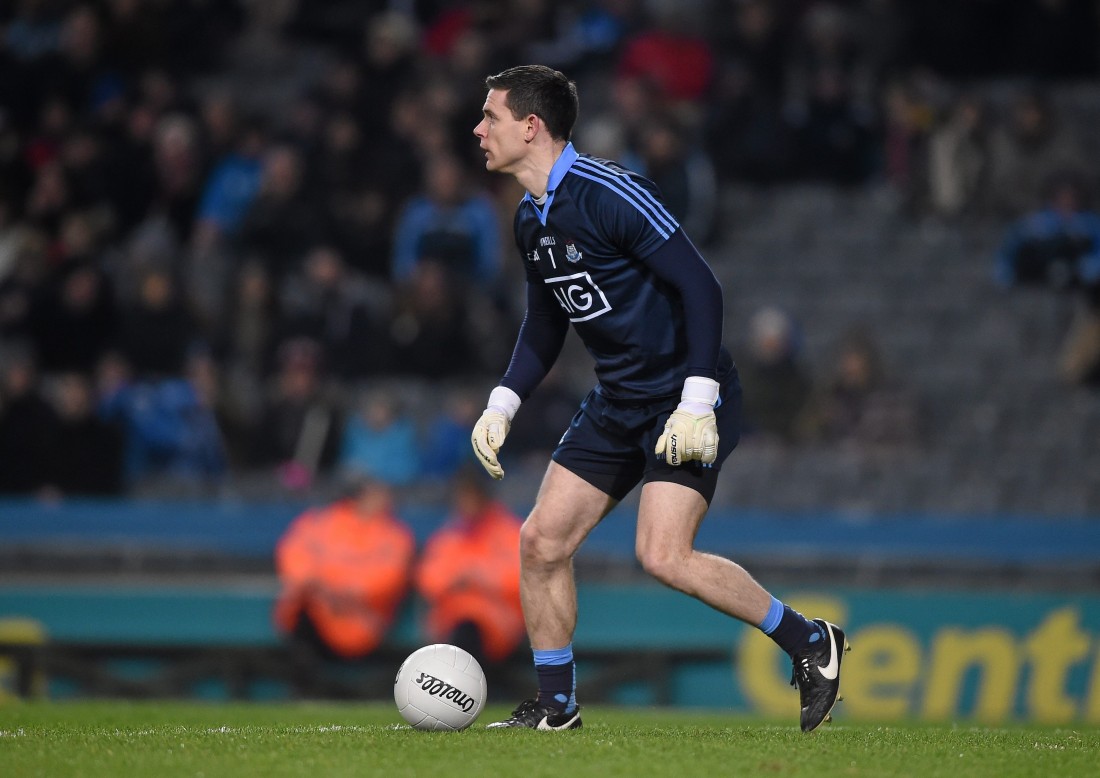 TARGET...Finnian Moriarty believes that Tyrone will have a plan for Stephen Cluxton 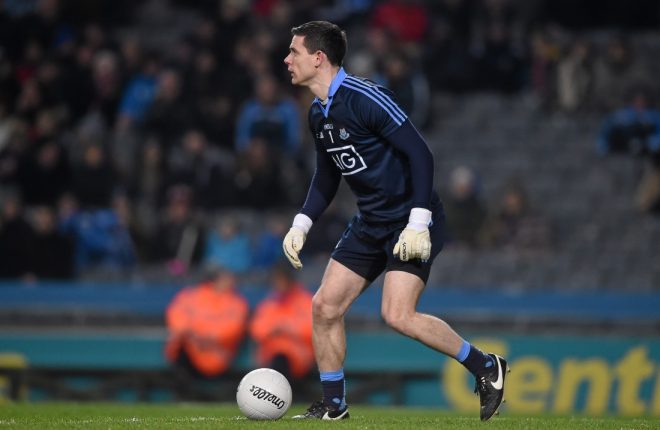 Stephne Cluxton is one of the best goalkeepers in the game

A very wise coach once told me that goalkeepers wear number one on their back for a reason. There are few things as inspiring during a match than a keeper saving a certain goal, but equally there is nothing more deflating than conceding a bad goal.

When a corner forward makes a mistake or loses possession the ball has to travel the full length of the field which gives a team the opportunity to make amends but when a goal keeper makes any sort of mistake or error the likelihood is that their team will suffer greatly.

This past few weeks we have had a few examples of teams conceding bad goals – the young Cork goalkeeper in the u21 final and the Offaly goalkeeper last weekend in the opening round of the championship – both made very different errors but ultimately both teams suffered dearly.

I was listening to the match commentary in the car going back to Dublin and the commentators couldn’t believe the goal that was scored, one even referred to it as being the worst goal he had ever seen and it wouldn’t happen in a junior schools match but yet there wasn’t the same issue made about the mistakes being made elsewhere on the pitch, and speaking from experience there are quite a lot of mistakes made outfield.

Hurling or Camogie goalkeepers are a breed apart – in fact anyone who knows Eleanor Mallon will agree that she pretty much sums up how crazy they are. Who in their right mind would want to be a goalkeeper?

They literally put their body on the line for the team and for that they have my utmost respect and admiration – slight bit of fear too for the abuse you get for not tracking back. Despite being crazy, the impact a goalkeeper can have on a team is second to none. The mental toughness and concentration levels they display to continually being alert and tuned in despite not being involved in a game for large periods of time is a skill in itself and one that cannot be overestimated.

There is no other position on the pitch that is as psychologically demanding as a goal keeper. Good reflexes, agility, bravery, decision making and positioning are only a few of the skills that goalkeepers possess.

I volunteered to play in goals during a sevens competition once, now this may sound a bit mad but one of the hardest things for me was understanding the goal area and knowing the position of the goals behind me. It is so easy to drift out and ball watch but the next thing is you’re near the side-line or waving at your full back as you pass her by.

When they aren’t involved in the game, I believe that goalkeepers also have the best seat in the house because they can see the whole game playing out in front of them and can influence how their team performs as a result. “Modern” football is all about tactics, systems and game management the key person in all of these is the goalkeeper.

When I think of modern goalkeepers the one that springs to mind is Stephen Cluxton and how he is so important in how Dublin function as a team, there is as much emphasis on how to stop Dublin’s kick out’s than there is on how to stop any of their marquee forwards.

Goalkeepers has evolved so much that they can now also finish as one of their teams top scorers and the aforementioned Cluxton did in fact win an All Ireland for Dublin by taking a crucial free at a crucial time.

It’s not just football where this is happening but this past few years we have seen Hurling and Camogie following suit, it is no longer about driving the ball as far down the field as possible.

The main aim is to keep possession and provide your team with the best possible platform to get a score, the Clare and Tipperary goalkeepers are fantastic at this in hurling.

Analysis and stats on kick out’s / puck out’s and the retention of possession have become the norm in post-match analysis, in fact they are so crucial now that when a goal keeper is pressurised on their kick outs mistakes tend to happen and this was evident in the 2014 final when one mistake in a kick out by Paul Durcan led to Kerry getting a foothold on the game and ultimately the winning of the match.

Can I also pass on my congratulations to my sister Sara Louise and her new fiancée Arron on their recent engagement. Looks like that dodgy knee of Arron’s has landed him in more hot bother!!