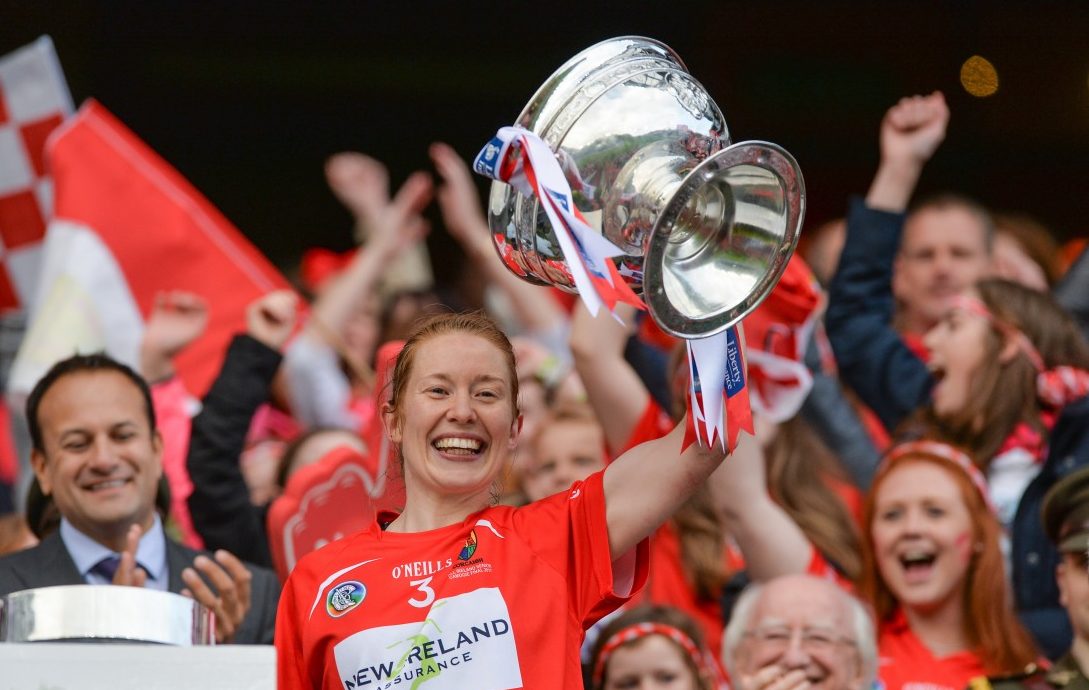 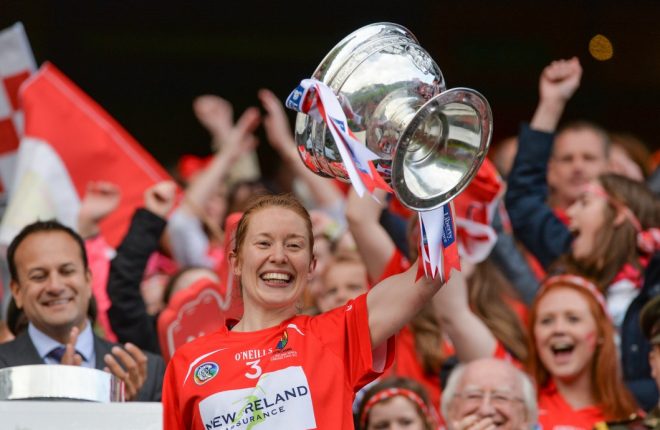 The more time runs on the less time you have, you are chasing something you have worked towards for months.

Every decision you made in the previous months has been made with your end goal to the forefront of your mind.

Imagine that goal is something you have dreamed about since you were a young girl or boy.

Every ticking second has pressure attached to it and you know that the slightest mistake or lapse in concentration will prevent you from achieving that goal or the goal of all your teammates.

Imagine then that you’re Gemma O’Connor and you have just been given a ball 60yards out from goal and you’re a point behind in an All-Ireland final, a lesser player or person would have fumbled the ball or drove it wide.

Instead Gemma split the posts, jogged back to her position and the only thought was the next ball. The same can be said for Rena Buckley, it’s a draw in an All-Ireland final, your into injury time and Kilkenny have the ball in a dangerous position, you know that if you concede a free or don’t win the ball there is a good chance that Kilkenny will score and your dream could be over.

Rena gets out in front spoils the ball, aligns her position, Kilkenny concede the free and the pendulum swings again.

Big players for big moments, each game has the moment but sometimes the team doesn’t have the player.

This time twelve months ago Gemma was sent off in an All-Ireland final against the same opposition, it was a long time to wait to get redemption.

Three weeks before the final she injured her knee and the same injury would have put most players out of the game but she put in the hard yards and did whatever it was that she needed to do to make the final.

Not only did she play the full game but she was there when her team needed her most and did so with the minimum of fuss.

Rena Buckley now has 18 Senior All Ireland medals; she has been the captain of two winning All Ireland teams in two different codes and should go down in the history books as one of the greatest players to ever grace the field of Camogie, football, hurling or Ladies football, she is a legend living in her own time.

I don’t like to compare men and women and say one is better than the other, but when Henry Shefflin was winning his tenth All Ireland the media coverage after was more about Henry than it was about the Kilkenny win.

Journalists were lavish with their praise about how Henry was the greatest hurler to ever grace our game.

Yet there was little coverage in the aftermath about Rena, Gemma or the Cork Camogie win.

Rena is one of those rare gems that only come along once in a generation, she may not be the quickest, the most skilful or the most athletic but she is very very good at all of those things and that along with her selfless dedication to the game and to making herself a better player has helped her reap the rewards sown from many years of hard work.

This Sunday Dublin and Mayo will have similar moments in which their players have the opportunity to achieve greatness. Dublin will be going for the three in a row whereas Mayo will be hoping that this year is their year. Will they have the Gemma O’Connor or the Rena Buckley that they need? Only time will tell.

A special mention to finish off to wish the Clonduff senior Camogie team and hurling team in their Championship finals. Fingers crossed it’s a good weekend for the club.