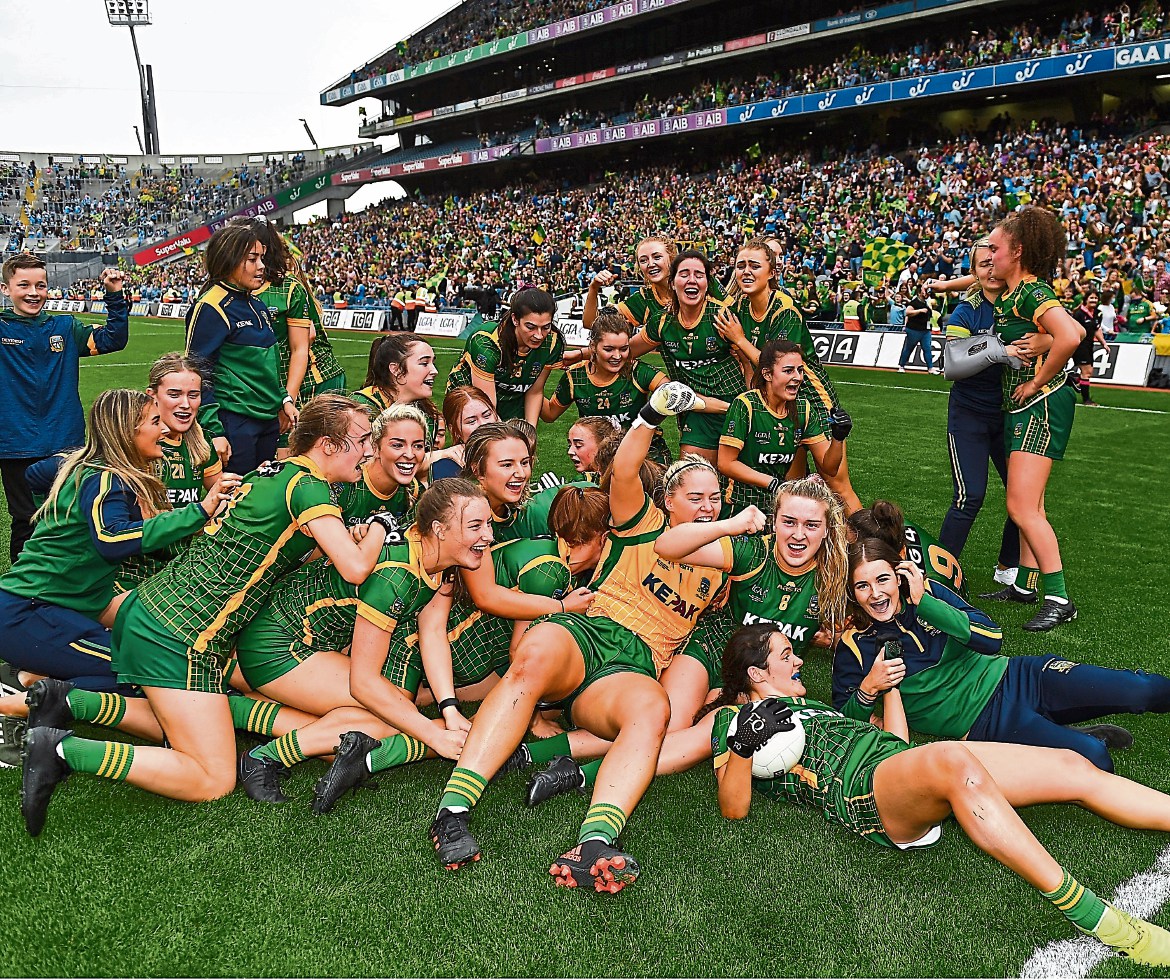 THE story of Meath Ladies footballers win over Dublin was fantastic.

I am not saying that people enjoyed seeing Dublin beat, that would be wrong. But the Meath story goes to the heart of what sport is. Last weekend six counties went to Croke Park – Dublin, Meath, Westmeath, Wexford, Wicklow and Antrim. They all went to Croke Park full of hope, optimism and pride.

But the Meath story touched so many people. Before the game a lot of people didn’t think they had hope. After the first half people realised the Meath team could play football. Some people started to think could they go on and win.

Meath were the better team and kept going and won. All that after being in the doldrums a couple of years ago. A lot of teams, especially in ladies sport, have suffered a lot of heartbreak. Dublin had suffered heartbreak themselves.

It’s brilliant to see a team like Meath come up after being in the so low. They kept a core group together, and they won the Intermediate title last December. The next thing you know they are went out and became senior champions. For any team that isn’t playing senior championship, that performance gives them hope. They can believe that they could be the next Meath.

To come out of Intermediate and do what they did is remarkable. There is a huge step up from Intermediate to Senior. The amount of time you get on a ball is so different. You can cut it by a couple of seconds, and that is a long time in football.

For a team to do what they did, they have to have talented players of course, but talent won’t win you anything. Everyone must buy in to what the team is trying to do. That seems to be the case with Meath. I am sure they have had bumpy patches and rode their luck. They probably have challenges behind closed doors yet they still bought in to it. The other thing about Meath was that their fitness levels were incredible. Their speed was outstanding too. That doesn’t just happen by training three nights a week. That happens because of extra gym work, extra runs and nutrition.

Belief was important too. They won the first ball and they went from there. They believed in themselves from the outset. Going on a run is important in championship football. Momentum is a big thing and they beat good teams throughout the championship. In the semi-final they beat Cork after extra-time which was huge. That all gives a team extra confidence. They were two goals down and came back and got it to extra time and won. Their management team believed in their players and made sure they stuck to their game plan. They knew that if they did that then they would get the rewards.

It is not enough having good players, they had to have a good management as well. The strategy of having Vicky Wall carrying the ball and using that strength worked wonders, but they had to be very fit to do that. Dublin brought it back close but Meath’s defensive display kept them at bay. They were able to put points over at key times. Then they ran the clock down at the end, which is so hard to do against an experienced team like Dublin.

The achievement is special and it is hard to think of a comparable achievement. The one that springs to mind to compare to is perhaps Leicester winning the Premier League. They weren’t expected to get there.

Many other teams might look at what Meath did and think that they could do the same. The result gives every team out there hope. But it doesn’t meant that underdogs can always win.

Do I think that other teams can do it? Yes. Will other teams do it? I don’t know. But at the end of it all it gives so many teams hope. 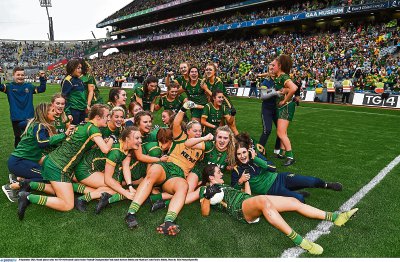