Fionnuala Carr is frusrated with the implementation of the rules within the GAA. 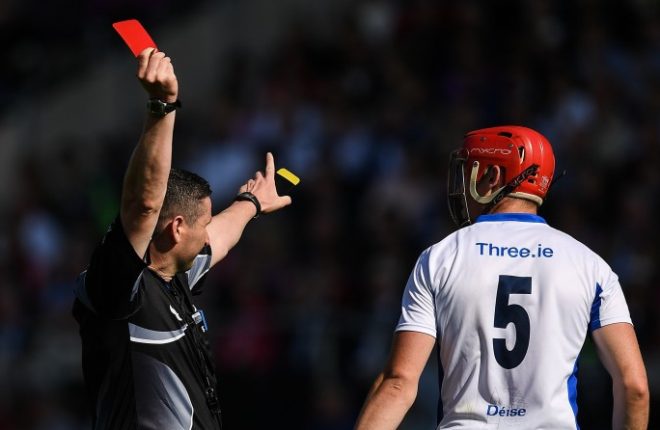 This year the excitement in the build up to the Wateford Cork All-Ireland hurling semi-final was marred by the Tadgh De Burca debacle. Waterford won the game but the aftermath of the match was then taken over by the Austin Gleeson incident.

Both of these instances took away from the game itself and it seems that we have forgotten the enthralling battle that we were fortunate enough to witness.

The GAA is a wonderful amateur organisation but that is also where they are at their weakest. This past two weeks we have seen the glaring inconsistencies in our game that highlight its amateur status.

It is these inconsistencies that cause frustrations for referees, players, managers and supporters.

All anyone ever asks for is consistency. When things are consistent everyone knows where they stand and things become much clearer but when decisions change game by game or player by player it is hard for people not to feel frustrated by it.

Take the recent helmet instances. In the Tadgh de Burca incident I felt that all he was trying to do was run down the sideline to catch up with the play.

The Wexford player deliberately tries to prevent him from doing so and Tadgh pushes him off, next thing the linesman calls the referee and the player is shown a red card. Waterford exhausted every avenue of the appeals process to no avail and the player was forced to miss the semi final. Adrian Tuohy does a similar incident in the Tipperary and Galway match and Austin Gleeson pulls a face guard last weekend.

Both of the latter players were spared any sort of a punishment much to the relief of players and supporters of both counties.

After seeing what his teammate went through why would Austin Gleeson do something as silly as pulling Luke Meade’s face guard, whether it was in the heat of the moment or not, it was a silly thing to do and if he had faced a suspension then he would have no one to blame but himself.

I actually think that Tadgh De Burca was harshly done by and should feel very aggrieved at missing last weekend’s match.

The inconsistencies in judging what is or isn’t a foul during the tackle is one of the most frustrating things for a player.

Tackling can’t be coached to the letter of the law because the interpretation of the rule changes from referee to referee. Some players will be surrounded by the opposition and one referee might give a free for over carrying while another might give a free for a foul on the player with the ball.

Sometimes this doesn’t even change from referee to referee but might be two different decisions made by the same referee in the one match. Take last weekend for example Down camogie played Cork in a winner-takes-all-match to progress to the Intermediate semi-finals. It was in no way a dirty game but the referee blew for a free 51 times…..51 times in a 60 minute game?

How much camogie was actually played during the game? The frustrations of both sets of players, managers and supporters could be seen all over the field. The same match played this weekend but taken charge by a different referee could have seen half of those frees given and we would have had a much more enjoyable free flowing game.

It’s not just inconsistency with referees that people have issues with. Imagine being a referee who does make the correct decision only to have it overturned on a last ditch appeals process based on a technicality.

If we take the Diarmuid Connolly instance last year, he should have received a ban which would have stopped him from playing in the All Ireland final. It was as blatant a red card as you are likely to see but he manages to escape punishment after the DRA overrule the correct decision.

A part of the problem with the DRA is that quite often it is a solicitor or barrister who is adjudicating on an amateur sportsperson decision whether it be a referee, linesman or player.

The GAA has become reflective of society today where there are easy ways out if things. It would be a hard lesson learned for Austin or Adrian Tuohy but if it was rugby and they had done something similar would the same outcome have prevailed?

Players are coached to improve and be better every game. They are analysed now as much as any professional sportsperson. Their performances are monitored in the gym, on the training field and during matches.

Teams are hiring professional coaches, nutritionists, physiotherapists, strength and conditioning coaches, stats professionals, team managers, logistics manager the list is endless in order to improve but when they step on to the pitch it could be undone in a matter of seconds.

All of the above named people are held accountable for their actions, but the same does not seem to apply to a referee.

It appears that any time there is any sort of adversary or controversy the GAA allows itself to be swayed by television pundits, the media or the general public. All people want is transparency and fairness, if something is a free one minute it should be a free the next.

If someone gets a red card for striking or pulling a helmet in one game then it should be a red card the next game also. By changing decisions one week to the next the GAA are leaving themselves open to criticism and it is causing frustrations on every side. 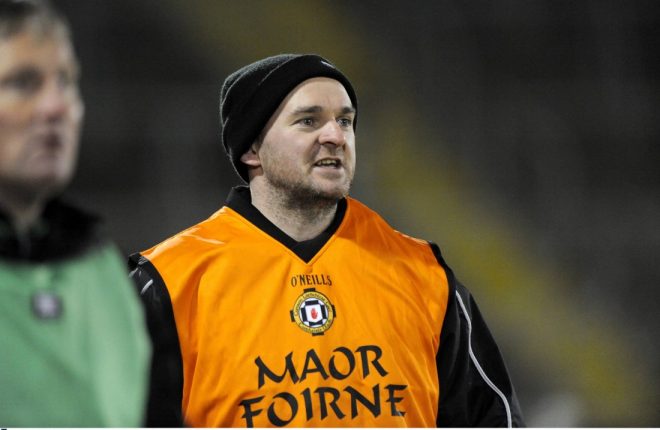 AIDAN O’Rourke has proposed that the top referees in the country turn professional as a solution to what he... 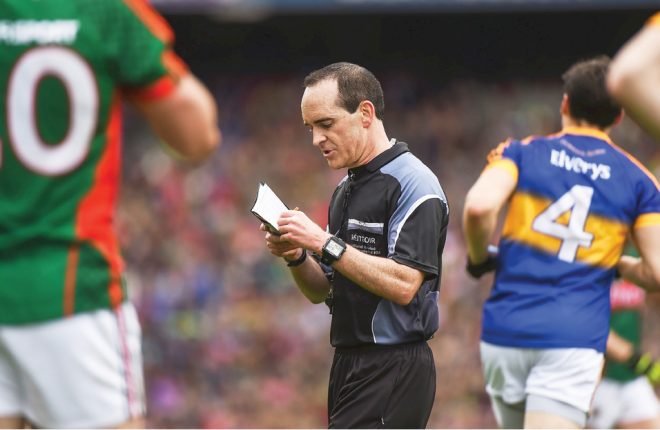 Opening Shot – Can the refereeing problem be solved? 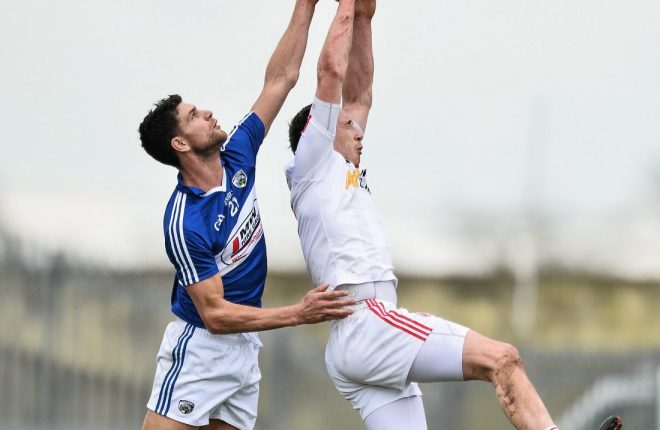 The motion to introduce the Mark was passed by a percentage of 68.