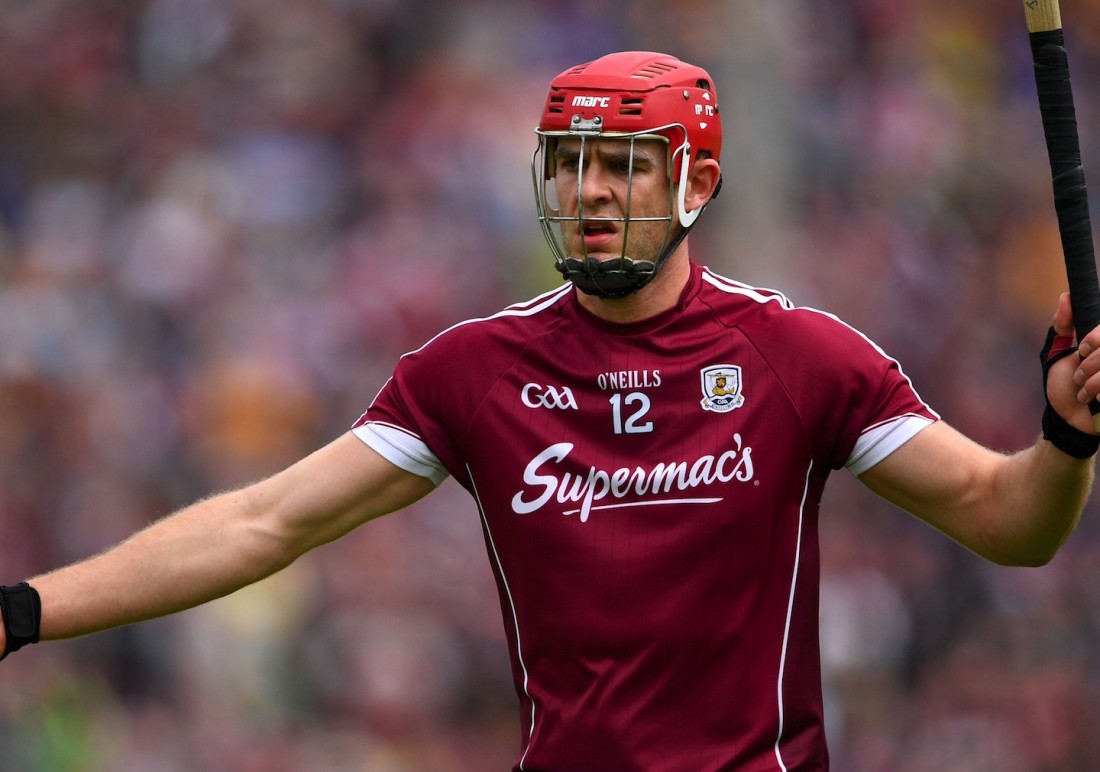 ONE TO WATCH...Jonathan Glynn could be the difference in Sunday's final

Like almost every other weekend this summer we’re in for a rollercoaster of a weekend with the penultimate stages of the Camogie Championships and the All-Ireland Hurling final.

If the previous games of the summer are anything to go by then we should be in for an enthralling final with many twists and turns throughout.

Galway appear to have gone from the nearly men to a team of champions, a team who can grind out wins and come up with the match-winners from their subs bench.

Joe Canning has evolved and his overall influence on his team can not be underestimated because he is bringing all of his forwards into the game around him.

What’s worrying for Galway is that they can come flying out of the blocks to build up significant leads only to be pegged back and I think that they were a small bit lucky to get out of the semi-final replay with a win.

Clare have nobody to blame but themselves for their exit and if they had made better use of the ball then it might be Clare and Limerick we are speaking about. It’s not, however, and the sign of a good team is to get the win even when you shouldn’t and Galway did.

Another player for Galway that I think will have a huge influence is Jonathan Glynn. The Ardrahan man has the potential to wreak havoc among the Limerick defence on Sunday.

I read somewhere this week that he has had a 55% influence in all of the Galway scores this championship. That is a phenomenal figure for one player, especially a player who doesn’t take frees.

If Galway need a go to man to win some clean ball and get them out of a rough period then Glynn is that man, he can win his own ball, lay it off, win a free or score himself and that could be crucial come the final whistle on Sunday.

Limerick are probably the team that most neutrals would like to see winning, not because they don’t want Galway to win but because Limerick have been magical all throughout this summer.

Their hurlers have played with a freedom and passion that has been simply joyful to watch.

What struck me most about Limerick’s win in their semi-final is the speech given by Shane Dowling afterwards. They haven’t been in an All-Ireland final since 2007 but he wasn’t getting carried away in the euphoria of the win he was overjoyed but he spoke to the Limerick supporters and he asked them to allow the players to focus on the final.

This year they weren’t going to go up and parade behind the band this year was going to be different. This statement and this speech means that the hunger amongst the Limerick team including all of those on their bench is that they have one thing on their minds and it’s the Liam McCarthy.

The influence of the Limerick bench will also be a key feature, their bench has performed exceptionally well in every game this year. While Limerick are young they are also a team full of winners, they are backboned by an All Ireland u-21 winning team and also Na Piarsaigh players who have been hugely successful with their club. I don’t believe the occasion will overwhelm them and for that reason I believe we will have a cracker of a game on Sunday.

If I was to try and pick a winner then I think I would go with Galway, I thought at the start of the year that they would be very hard to beat and I am going to stick with them. I think that overall they have a more balanced 15 and their forward unit is unmatched.

The semi-finals of the Senior, Intermediate and Junior Camogie finals are also on this weekend.

From a personal point of view it’s one that Down have a huge interest in for the first time since 2014. Saturday will see us take on the Tipperary Intermediate Camogie team for a place in Croke Park in September.

This is a place that few people other than the girls and management thought that we would be but one which we have worked for and deserve to be here. We don’t know much about Tipperary but we do know a lot about ourselves and that is where our focus lies. It’s a brilliant position to be in and one that we are all looking forward to.

I would just like to wish all of my teammates the very best of luck and hopefully the bounce of the ball goes our way. I would also like to wish Ciara Kelly, who is part of Clonduff GAA, as she competes in the Rose of Tralee this weekend.