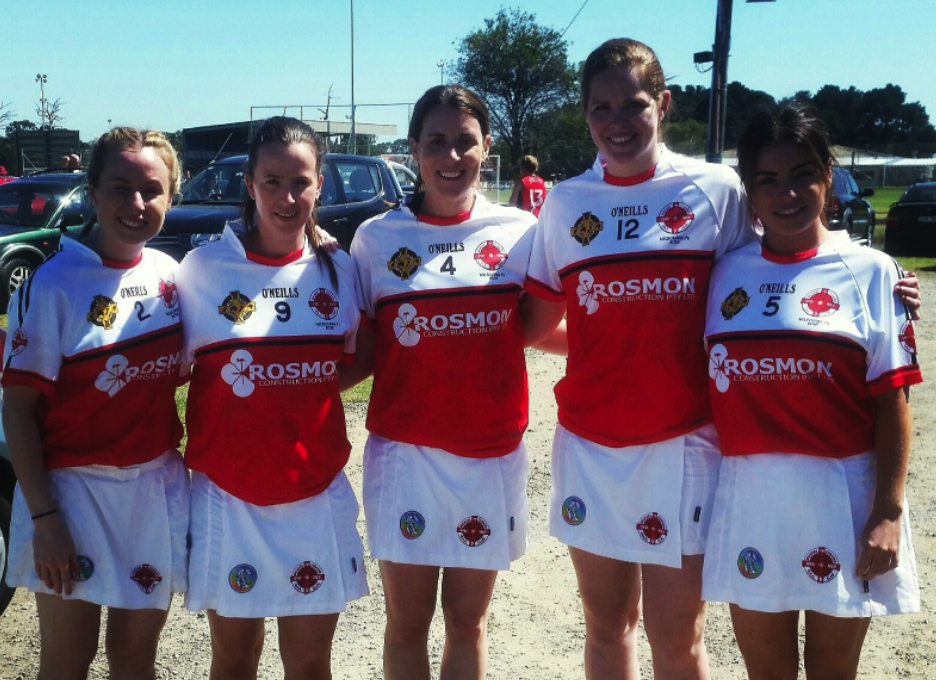 A HOME FROM HOM...Fionnuala Carr meets the Down girls on the Michael Cusack's team 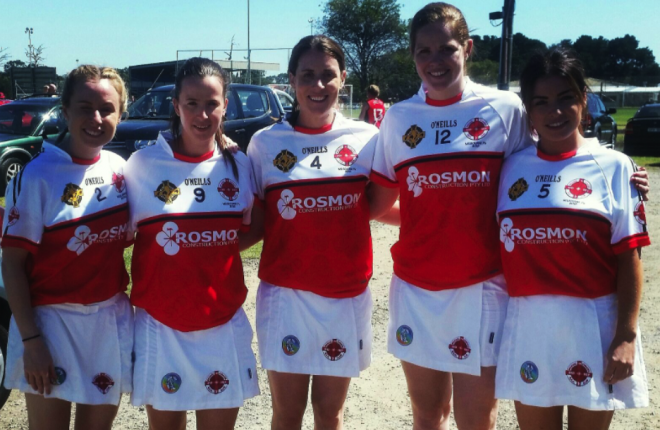 I MUST admit that I never thought I would be sitting writing an article from Noosa Beach in Queensland and not only that, but I would have also had the experience of playing camogie Down Under.

My initial intentions of a relaxing holiday were soon put on the back burner when on my third day in Australia, Karen McMullan and Sarah Murphy told me that I needed to start getting myself into a bit of shape!

An hour later I found myself running around Centennial Park with the Michael Cusack’s Camogie team. I had no idea what to expect or how this random one from Down would be received but I was completely blown away by the standard of play and the warm reception from all the other players.

There were girls from all over Ireland, from Cork to good ole County Down (I may be slightly biased). A group of young Irish girls who left home to travel the world and found a home away from home in Sydney… they hadn’t forgotten their roots and were still complaining about the weather, albeit it for a much better reason in that it was a slightly more pleasant 30-degree heat as opposed to the normal 3-degree freezing temperatures back home.

Michael Cusack’s take part in all four codes and were well represented at the Melbourne 7s tournament. Almost 30 teams were involved and the tournament itself was as organised and run as well as Kilmacud 7s would have been, providing a real festival of GAA for players and supporters alike.

Just like in the lead up to a big game at home, we were all sitting anxiously on the Friday night waiting for Denver to name the panel revealing who would be playing that weekend. Luckily for me I was selected to play and so the preparation for the Sunday began – this mainly involved making sure my pasty skin was covered head to toe in sun cream.

Sunday arrived and with a lot of the girls being dual players we all headed out together for their early start. Walking around I was surprised by the amount of people that I knew from home and I even had the pleasure of bumping into my old UCC team mate Julie Brien.

The standard of play and the competitive nature of the games was unbelievable, we would be playing against teams who had senior inter-county stars amongst them including O’Duffy Cup winners. I soon knew that this was a serious competition that would require a serious effort to win.

Both the ladies football and camogie teams got off to flying start. Unfortunately for the ladies they were held to a draw and missed out on a place in the semi-finals due to score difference.

After a quick turnaround the dual stars had to shake off the disappointment to take on Clan Na Gael in the semi-final. After a nail-biting finish, the Cusack’s girls managed to hold on for a three-point win and would play their old nemesis Central Coast in the final.

Sadly for Cusack’s, a slow start left them with too much to do and Coast ran out winners by two goals. The disappointment was evident amongst each and everyone of the girls. Cusack’s is their home club – the passion with which they played with and the pride in which they wore the jersey was as if they had been born into it. Whether you have been part of the team for five weeks or five years you were treated equally and in turn everyone had an equally burning desire to win.

Sponsorship is often provided by companies founded by Irish people. The club is run by the players themselves, a young generation of Irish people who left home to find work and also found a home away from home. Your team mates become your family and an instant support network where everyone looks out for each other. The GAA is flourishing abroad and in Sydney in particular.

For anyone coming out to Sydney they should look no further than the Michael Cusack’s club. I would like to thank each of the people I met and the girls I had the pleasure of playing with. I wish you all the best in the year ahead and look forward to hearing about your successes.