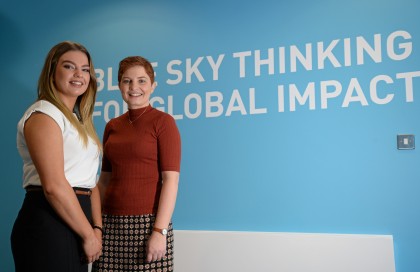 Just over a year ago a very talented and passionate group of people, led by Aoife Lane, took women’s GAA players to the next level with the inauguration of the WGPA.

What they have done for players in the space of a year has been nothing short of remarkable.

A lot of the work done by the WGPA may be unseen to many on the outside, but to be on the inside and to see the foundations that they are laying makes me wish that I was starting out my sporting career all over again. Female players are now setting their own standards, making everyone else around them step up to the mark.

Acting as mediators during the camogie coin toss controversy, awarding bursaries to college students and offering players the opportunity for counselling, support and Leadership Programmes are just some of the many things that the WGPA has been involved in.

They aren’t just reaching a high standard; they are setting the standard for which the Camogie Association and Ladies Football Association have to reach. As players we can only look forward to what the next year brings……no pressure now ladies!

In another positive move for Ladies Football they have just recently announced a three-year sponsorship deal with the international retail chain Lidl.

In the first year of the sponsorship Lidl will invest the grand sum of 1.5million euro as well as acting as the title sponsors of the National League.

This is the largest sponsorship deal in the history of the Ladies Association and one which will bring them to next level in terms of media exposure, online advertising, games development and generating revenue.

Lidl have already hinted that the money will go towards promoting senior intercounty players as well as investing at grass roots level, school children’s sports education and third level bursaries.

While the” ladyball” marketing campaign wasn’t welcomed by everyone, it did its job because it had so many people talking about what it was and who was behind it.

A lot of the promotion of female sports is generating awareness and keeping it on people’s minds. Now when people see a Lidl store they will associate it with Ladies Football.

Already around Dublin I have seen billboards with the leading female players on them, they have also filmed a brilliant advert showcasing the skills of all the players and what it takes to be involved and play at an inter-county level.

Well done to all involved in securing a deal of this magnitude.