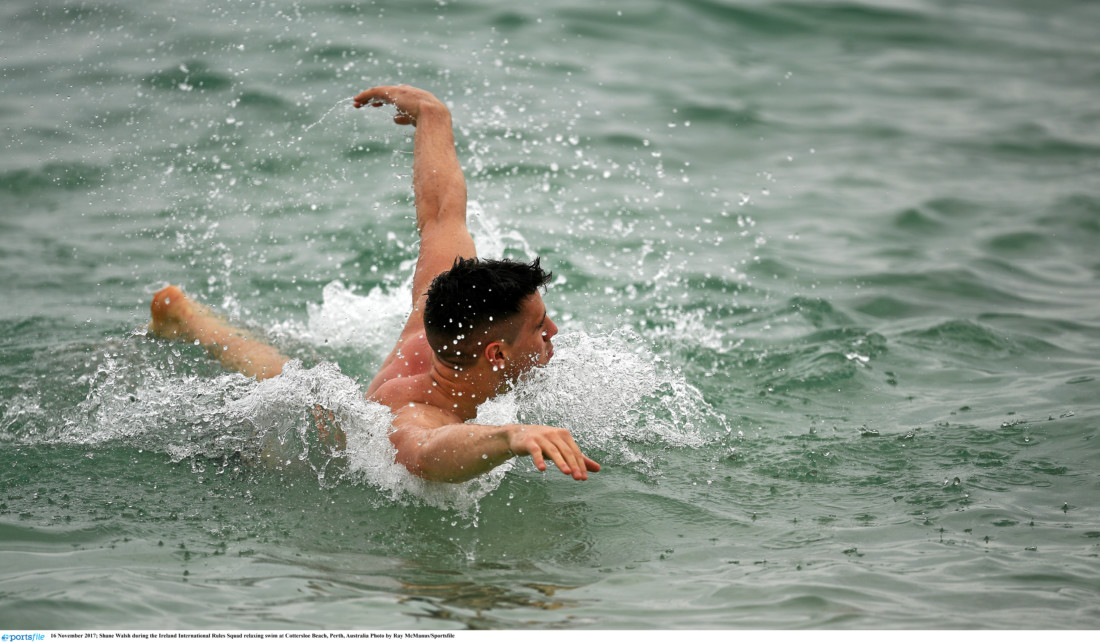 THE importance of sport and exercise and social interaction is so vital for people’s mindsets. But it took even greater importance recently.

A man from Hilltown has recently been diagnosed with Motor Neurone disease. He has signed up for one of those cold water dips. Every day in February he did it and the club gave him a bit of support.

There were people in the club who did a dip a day every day in March. Then the camogs in the club did it on Saturday. We weren’t together for very long. We got into the water together, but we weren’t on top of each other. What struck me about it was the release of seeing people again, and how good that was.

Getting into the water was not something I would like to do every day, but it was a breath of fresh air so to speak.

What they don’t understand is the great exercise they can get from simply running after a ball in a park, or just playing a game of camogie or hurling or football.

It is so important for everyone but in particular the children who are not getting used to being social.

They need that interaction with people. They need it for their health and their mindsets.

I sit at the laptop all day for work, just me and my dog. I would be on my own for that full day. I would go out for a walk or whatever, but sitting all day on your own is hard. Not having social interaction is not good for people. You might be on the phone but it is not a face-to-face conversation.

When you are trying to win business, or sort out problems, you can’t actually look people in the eye anymore. Everything is done on email, or Zoom or on the telephone. We don’t get the chance to get to know people or to understand people. Getting to know people, and having that personal connection is important.

I just think the importance of sport is bringing people together. People come together and they experience a range of emotions. There is fun, there are highs and lows. But for children it is the simple interaction that they are missing out on.

What they are missing is that experience of playing and competing together, trying to be the best, but then after that competition they go home together as a group. That’s what they are missing out on. And that is so important. But kids don’t have that.

I think when things get back to normal, at the start we will be stand offish with each other, but we will gradually get back to the way things were.

However, kids now are missing out on so much development at a young age, the physical side and the emotional side.

The importance of the GAA was shown in that event we had last week when we went for that dip together as a group for charity. I don’t know the man personally but I know his family. In that instance if it is important then the GAA comes together to support. If it is something as simple as going into some cold water to show solidarity or raise money, that something that the GAA does so well.

The whole club got involved. There were former players, current players, everyone rowed in behind it. It is so good at bringing people together.